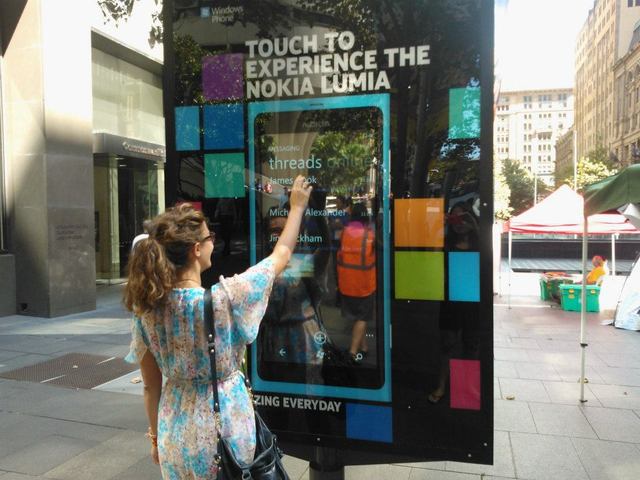 When you dramatically change your product, it requires you to think outside the box and be a bit more aggressive with your marketing to show off your new devices. Nokia has taken this idea to heart in Australia and has constructed several massive Lumia 800s in Sydney Australia to help bring attention to their new devices, via Facebook/Twitter.

Nokia has removed one barrier to discovery for the consumer as typically you would have to enter a retail location to get your hands on a device but now, simply roaming the streets of Sydney, you could come across one of these advertisements and get to experience Windows Phone on a massive screen.  Surely these types of advertisements cost a bit more than a billboard, but for a company who is betting a large portion of their revenue on Windows Phone, it is imperative to be creative with your marketing dollars.

If nothing else, Nokia is creating buzz as this is a bit of an usual tactic to place massive, interactive models of your devices for the general public to play with in a non-controlled environment.  As Windows Phone is still a bit unknown to many, this is a great way to introduce the OS in a non-contractual way that allows the individual to experience the OS in a stress free environment.

If Nokia can continue to push its devices with non-traditional marketing techniques such as this, they will surely help to proliferate not only their own devices, but Windows Phone as well. 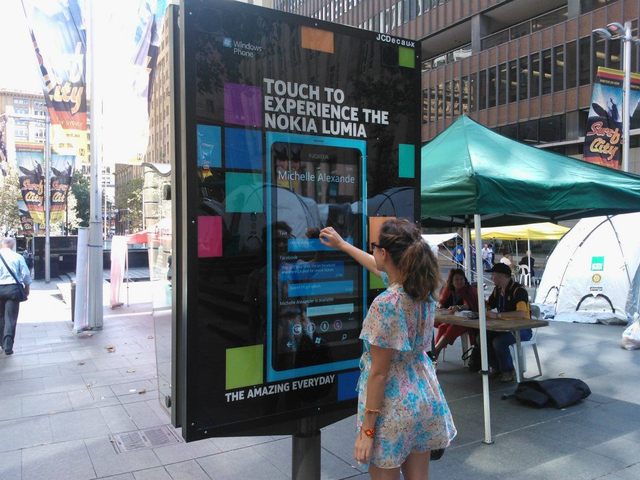