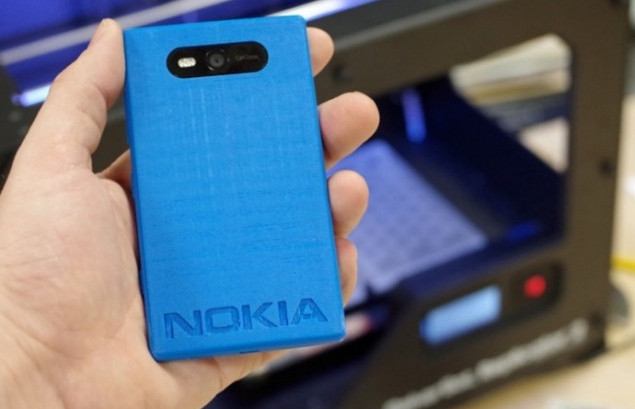 In January, Nokia announced that it was giving out an SDK that would allow anyone with access to a 3D printer a way to make their own customized Lumia 820 back cover. Of course, most of us don't have access to such a machine. Today, Nokia is launching a contest where a few lucky folks will be able to get their own personalized Lumiia 820 3D printed case.

The Nokia blog has the details on the contest which has the smartphone maker partnering with the MakerBot 3D printing company. MakerBot has two of its Replicator 2 Desktop 3D printers at Nokia booth this week at the Mobile World Congress trade show. Nokia states:

For a chance to win your very own personalised 3D printed case, all you have to do is tweet @Nokia_Connects using the hashtag #Lumia820 – something fun, entertaining, witty. Every day we will pick a few tweets that have used the hashtag and print a personalised Lumia 820 case for them.

Oh, and one more thing: Nokia is also giving out a new Lumia 820 to those folks that win the contest along with the case. People who actually show up at the Nokia booth with their own Lumia 820 can get a chance to win a custom patterned case too.