Nokia, once the leader of the smartphone market and known for some iconic feature phones, today launched its first TV. The Nokia Smart TV features a 55-inch 4K HDR10 panel with wide color gamut support and runs on Android TV 9.0. 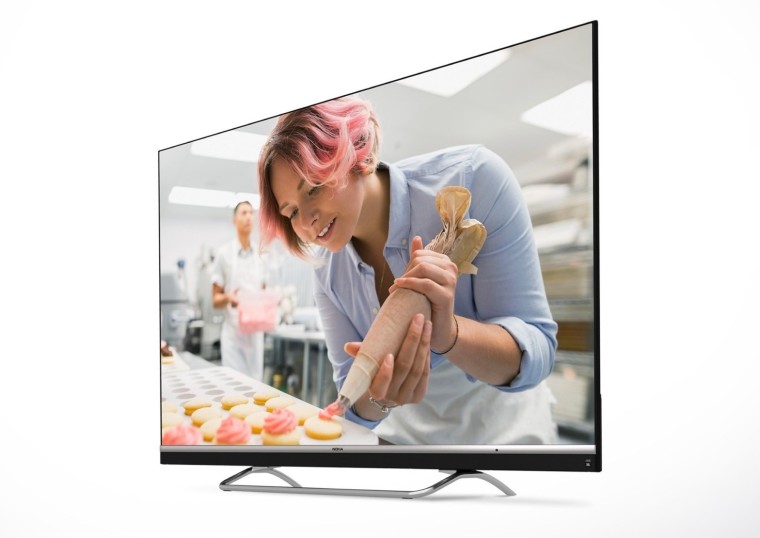 In terms of design, the TV has a minimalistic design with minimal bezels. It has a pedestal-type stand at the bottom which gives it a modern look. A wall mount is also bundled with the TV and there's no need to buy it separately.

The 24W speakers on the TV have been tuned and tweaked by JBL to deliver outstanding sound quality and bass. They also have Dolby Audio and DTS Surround support.

The 55-inch Nokia TV runs on Android TV 9.0 and comes with Google Assistant integration. Apart from access to the Play Store, it also has Prime Video, Netflix, YouTube, and Hotstar streaming services onboard. Native Chromecast integration is also built into the TV.

The TV is powered by a quad-core processor with 2.25GB RAM and 16GB storage. It has 2x USB ports, 3x HDMI ports, Wi-Fi, and Bluetooth 5.0. A Bluetooth remote is bundled with the TV which has a dedicated Google Assistant button. 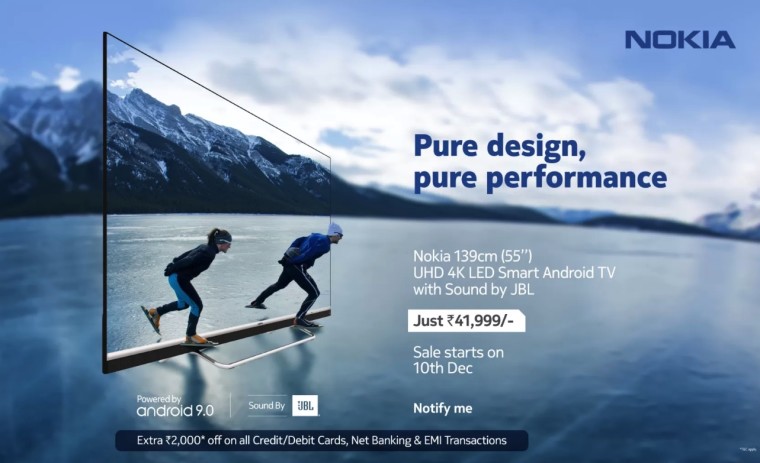 Despite the Nokia branding, the TV has not been made by Nokia. Instead, Nokia has just licensed its name to Flipkart in India -- which is owned by Walmart. The online retailer is not only manufacturing the TV, but also selling it through its own portal, and looking after the after-sales support.