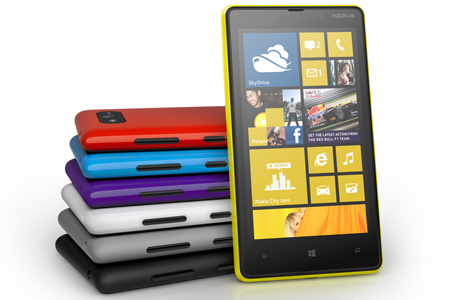 Last week, Nokia officially revealed their Lumia 820 and Lumia 920 smartphones. The company also reveal that there would be a number of exclusive Windows Phone apps for those devices. In a new post on the official Nokia blog, the company offers up some more information about these exclusive apps.

The blog post talks about some of the apps that were revealed last week, including Angry Birds Roost, which is more of a resource for the best selling mobile game series than a new game in of itself. A new version of the Vimeo video app will also be released for both devices. Nokia says that it will contain support for NFC sharing of videos, along with HD video support. It will also have  "... an easy to use design interface with dynamic live tiles, and enables consumers to purchase Vimeo Plus subscriptions through the app."

The official Bloomberg app will launch for all Lumia devices in the near future, along with an enhanced version for the Lumia 820 and 920 that will feature better Live Tile customizations. Nokia says, "The Bloomberg hub will include on-demand access to Bloomberg Television and Bloomberg Radio, featuring critically acclaimed shows and interviews with the most pre-eminent minds in business and finance."

StyleSaint will also launch soon for all Lumia devices and will concentrate on the fashion industry, allowing users to " ... receive daily go-to guides on how to style the latest trends, fashion feeds, and style tips and tricks." A new version of the Groupon Windows Phone app, made for the Lumia 920 and 820, " ... will include Wallet integration enabling quick access to purchased Groupons, wallpapers and multiple-size Live Tiles for notifications to the start screen."

YouSendIt will launch an app for the Lumia 920 and 820 can gives its users a way " ... to access, sync and share content stored in the cloud. Users can even sign documents using their Nokia Lumia touchscreen, and securely send them from anywhere." The app also supports the smartphones' NFC features.

The new Michelin app will launch with the Lumia 920 and 820 and will offer users a guide to the well known guide's best restaurants. It will also support NFC sharing of information between smartphones or between a Lumia and a NFC-enabled restaurant window sticker. Finally the WhatsApp Messenger app will get a new version for the upcoming Lumia devices " ... that takes advantage of a more panoramic look and feel, additional languages, emoticons, and more."