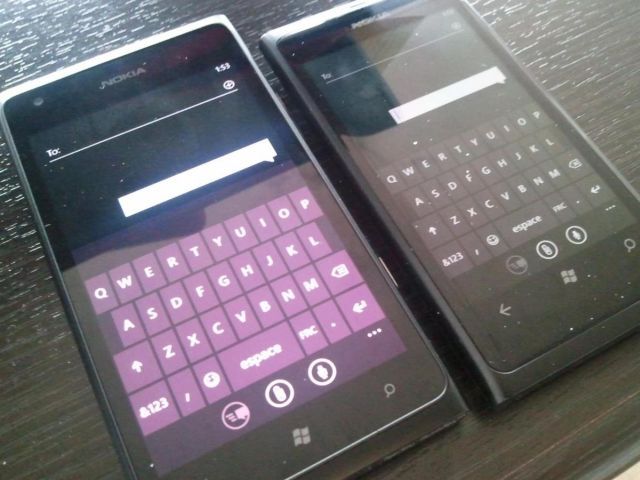 The Lumia 900 from Nokia has already had to deal with a problem that prevented some users of the Windows Phone device to connect to their data service. Nokia fixed the problem a few days after the smartphone's launch in April and even gave users a $100 credit on their AT&T bill. Now Nokia has announced it will fix another, smaller, problem with the Lumia 900.

Some owners of the phone have reported that when the Lumia 900's display is set to low brightness, they see a purple hue coming from the screen. You can see an example of that issue in the image above, from WPCentral.

In response to a user's enquiry on the matter, the Nokia Care US Twitter page stated on Sunday, "...we have identified the issue and will be addressed through a future SW [software] update." When asked when the update might be released, Nokia Care tweeted that it was "...unable to comment on future SW release dates but will announce from here when it is available for download."

WPCentral also reports a few more minor Lumia 900 glitches that have been reported by users. They include problems with high volume even when set to level 1 and the camera button not waking up the device.