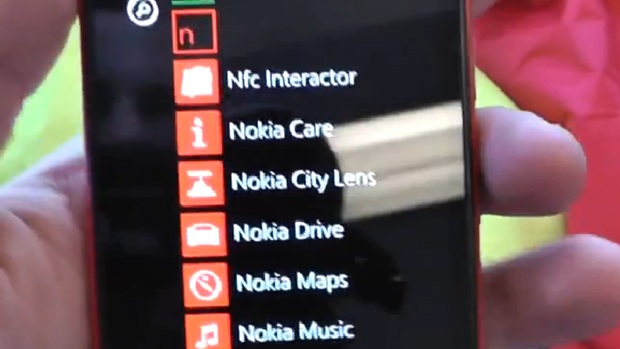 Caught in a video from test-mobile.fr the NFC Interactor app has been seen on the new Lumia devices. The app is supposedly coming to all Windows Phones from Nokia and will permit users a wider range of interactions with NFC tags.

The app which is being ported from the QT environment to Windows Phones will permit users not only to scan tags but to write information to tags directly from your phone. This will bring some interesting usage scenarios once it's widely implemented.

This port was originally announced at the NFC Congress in Hagenberg that took place last month, and as you can see in the photo above the app has made it to our platform.

Other info will be made available later on both from the NFC Interactor page as well as Nokia.