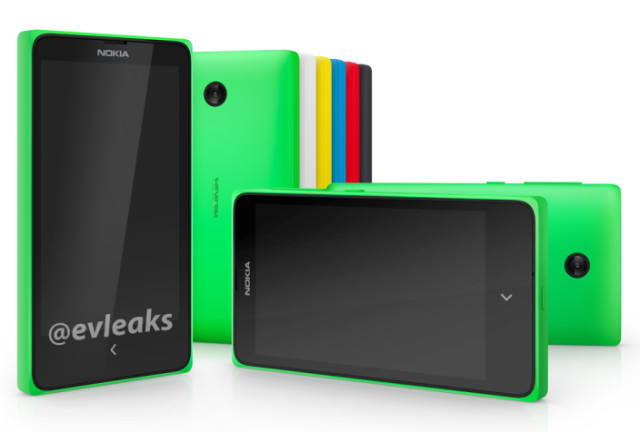 The hardware specifications for the unannounced Android smartphone from Nokia, reportedly known as Nokia X, have been revealed by evleaks, suggesting that the device is headed towards the low-end of the market.

Nokia X aka Normandy is expected to feature a 1GHz dual-core Snapdragon processor, 4" screen with a WVGA resolution, 512MB of RAM, 4GB of internal memory expandable with microSD card, 5 megapixel camera and a 1500MAh battery. It will be available with dual-sim support and with six colour options. The tweet also mentions that the Nokia X will come preloaded with a Nokia Store for apps and will also be able to run sideloaded apps.

Looking at the leaked specs, the Nokia X is likely to be positioned as a low-end device for developing markets where dual-sim and inexpensive Android smartphones are very popular.

The leaks of the Nokia X have been coming in rapidly over the past few months but there hasn't been any official word on the existence of the device or its launch from Nokia yet. Nokia has already sent invites for their press event at the Mobile World Congress 2014 and it would be interesting to see whether this smartphone is launched at the event.