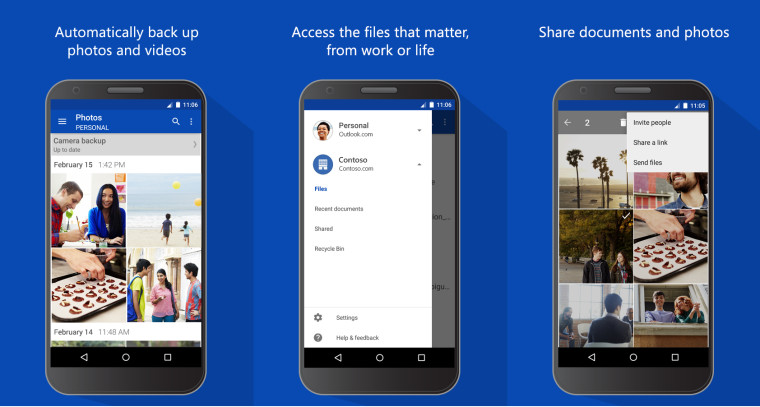 The latest OneDrive for Android update has enabled in-app video playback capabilities, allowing users to stream the videos directly from their account.

OneDrive is quite feature packed when it comes to media capabilities, as it already supports music streaming to the Xbox Music app on select platforms which do not include Android. However, Android users now have a new feature that can be just as useful while on the go.

The latest update being rolled out on the Google Play Store for OneDrive lets the users stream videos stored on their account without leaving the app. In addition to this, the app now supports improved photo organization with albums. File sharing is also enabled with the latest version of OneDrive for Android, making it easier to send links to stored files from within the app.

OneDrive for Business users can avail these features as well if they have a qualifying Office 365 or SharePoint Online plan. The Play Store listing of the OneDrive app can be found here.