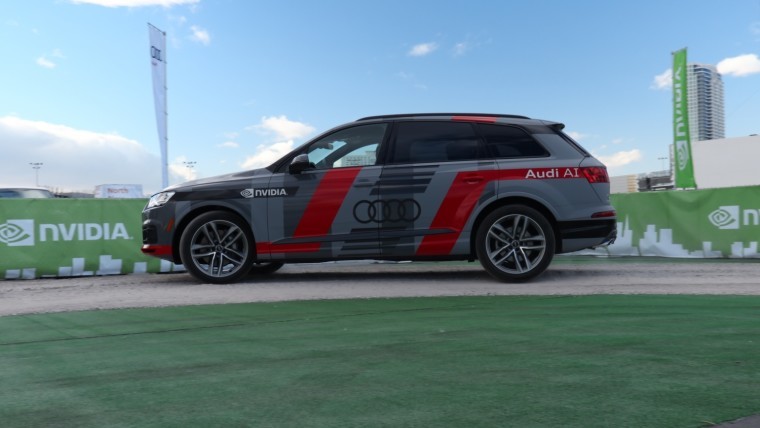 You’re probably more familiar with Nvidia as a graphics card manufacturer than as part of the car industry, but that image of the company is likely to change in the next few years. Today at CES, following up on previous efforts, the company announced an expanded partnership with Audi, with the two giants working on self-driving cars.

For the last couple of years, Nvidia’s interest in the auto world has been made clear, and the company’s aggressive expansion in this field has many of its rivals worried. Nvidia has managed to create both the hardware and the software to power the AI needed for fully autonomous vehicles. It’s now leveraging those technologies and partnering with car industry giants to bring some of that hard work to markets.

Nvidia and Audi will launch a new vehicle just later this year that integrates some of the company’s tech for limited autonomy. But the eventual goal, set for 2020, is the commercialization of a level 4, or fully self-driving car, based on Nvidia’s DRIVE platform. Scott Keogh, President of Audi of America explained the companies’ view on the partnership:

Audi drivers know the pinnacle of performance and technology. In our mutual pursuit for safer roads, the partnership between Audi and NVIDIA will expand to deep learning and artificial intelligence to bring higher automation into production more quickly.

As a proof of concept, the two companies modified an Audi Q7 and fitted it with Nvidia’s artificial intelligence package. The car is currently driving around the CES lot, on a special track, which gets modified from lap to lap to represent difficult driving environments.

Also at CES, Nvidia announced partnerships with auto parts manufacturers Bosch and ZF, which are developing self-driving technologies based on the company’s DRIVE platform.

It’s clear the company is in this market for the long-haul, and packaging a self-driving system and then selling it to big-name car manufacturers is definitely a good way to get traction in the industry and outclass some of its rivals.