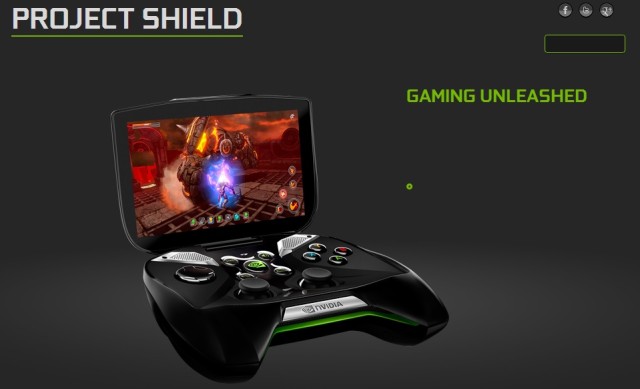 At CES 2013 we all knew NVIDIA would unveil the Tegra 4 chipset, but no-one was expecting them to announce a portable gaming console. "Project Shield" is some sort of handheld Android gaming device with the Tegra 4 chipset inside, a full "console-grade" game controller, large battery life (they claim 5-10 hours of gaming from a 38 watt-hour battery), plus "Pure Android" without a skin. 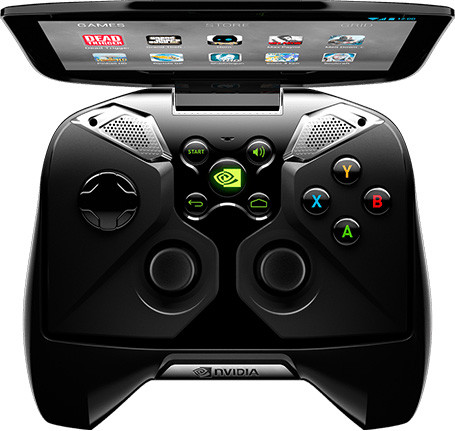 The back panel comes with an HDMI port, microSD card slot for expanding the storage, 3.5mm headphone jack and microUSB. The display itself is 5-inches with a touchscreen, and we believe it's a 720p panel for HD quality gaming. The "Shield" part of the name is in reference to the customizable back panel of the display, which will allow various skins to be applied to personalize your device.

The device was seen pushing 4K video and games straight to an external display, and it looked like the Tegra 4 was more than capable of the intense workload required. It comes with both Google apps such as the Play Store, and it's loaded with NVIDIA's TegraZone app which will be the main place to get your games from. 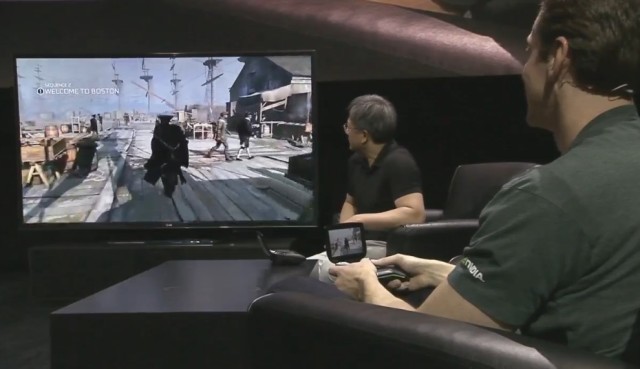 Project Shield is also capable of connecting straight to your desktop gaming PC in your house - provided it has a GeForce GPU inside - allowing your main gaming PC to stream games straight to your new NVIDIA handheld console over your home network. These games come from your existing game library or through Steam and Big Picture Mode, and through the HDMI port you can connect up to your TV and easily play PC games on your TV without the PC being physically near the TV. 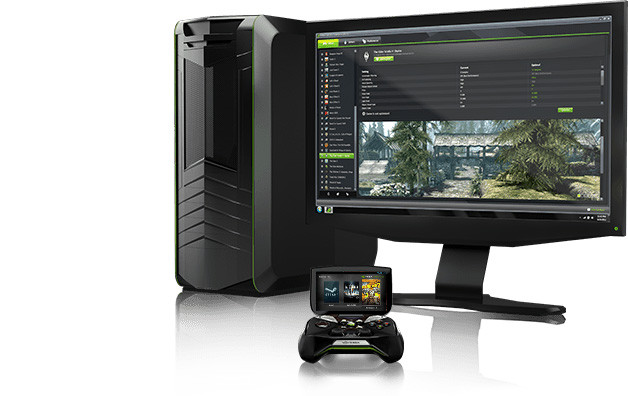 No word on pricing of this device, but it was mentioned that the device still needs some polishing before it hits the market in "Q2 2013".