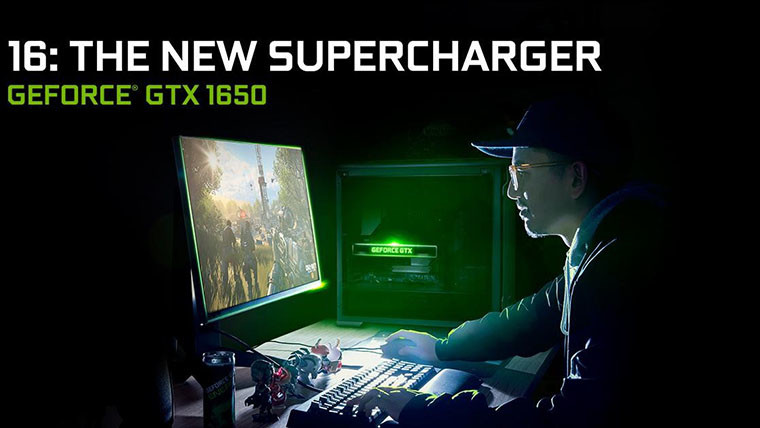 Alongside of Intel's announcement of ninth-generation Core CPUs, Nvidia today announced the GeForce GTX 1650. Built on the Turing architecture, it's meant to lower the barrier of entry, as you can buy one for just $149.

Nvidia says that it will get 10 times the power of integrated graphics, twice as much as a GTX 950, and 1.7 times as much as the GTX 1050. It includes the shader improvements that are found in Turing, including "support for concurrent floating point and integer operations, a unified cache architecture with larger L1 cache, and adaptive shading." Unfortunately, there's no support for DLSS or real-time ray tracing.

The GTX 1650 runs on under 75W of power, and it also doesn't need an an external power connector. Nvidia says that this means that people on older GPUs will have an easier time upgrading then ever.

The Nvidia GeForce GTX 1650 is available starting today. Boards are being made by "the world's leading add-in card providers", such as ASUS, Colorful, EVGA, Gainward, Galaxy, Gigabyte, Innovision 3D, MSI, Palit, PNY and Zotac. While it starts at $149, pricing will vary by region.