It's been some time coming, but Nvidia has officially taken the wraps off its latest non-RTX GPU, the GeForce GTX 1660 Ti. This is the first consumer card from Nvidia that's based on the Turing architecture and doesn't support real-time ray tracing.

Aimed at gamers on a budget, the 1660 Ti is supposed to be an upgrade for those still using GTX 960 cards and older, which two-thirds of GeForce gamers do. As per the company's testing, the card offers a performance level similar to that of last generation's GTX1070, it's also three times faster than the GTX960, and 1.5 times faster than the GTX 1060. As put by Nvidia, this means you can get up to 120 frames per second (FPS) on games such as Apex Legends and Fortnite or 147FPS in DOOM in high settings at 1920x1080 resolution; more demanding games like Shadow of the Tomb Raider will be able to run at 54FPS. 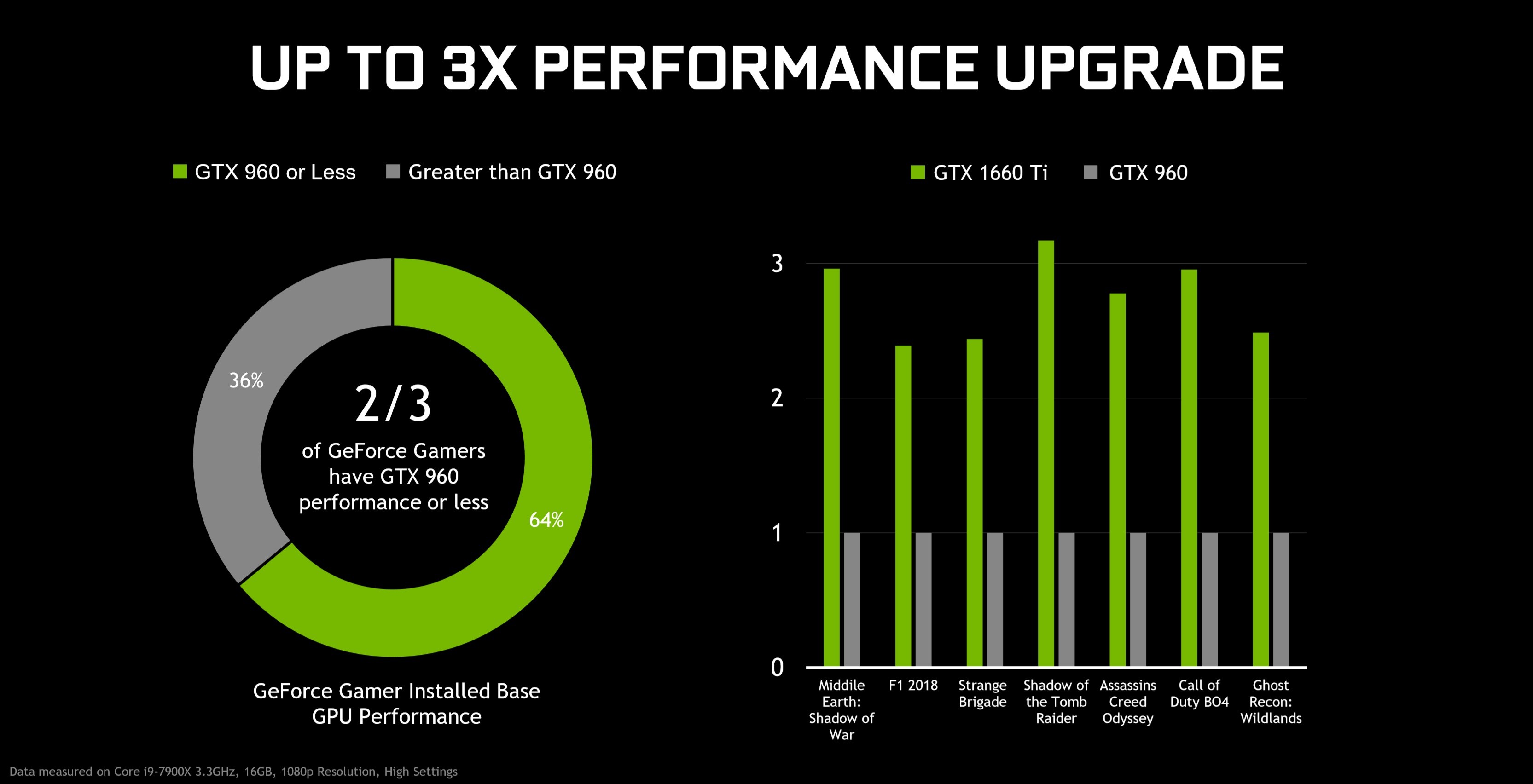 As far as specs go, the 1660 Ti has 1536 CUDA Cores and a base clock of 1500MHz, which can boost up to 1770MHz. It comes with 6GB of GDDR6 RAM, which is 2GB less than that of the GTX 1070 it's supposed to rival, but it is a newer generation. It also has a 192-bit memory channel with bandwidth up to 288 GB/s. It's also compatible with G-SYNC and supports Nvidia's adaptive shading technology.

The GTX 1660 Ti is available from a range of partners starting today, and pricing starts at $279, which is just $30 below the cheapest GTX 1070 sold on Nvidia's own website right now. You can choose your preferred retailer from Nvidia's official page. To go along with the new GPU, Nvidia also updated its drivers today to add support for the latest hardware.