After launching multiple desktop SUPER GPUs over the course of the year, it looks like Nvidia may be ready to move on to mobile pastures, as reported by Notebookcheck. The reputed German media site has got their hands on an image which allegedly shows a list of multiple SUPER mobile SKUs that Nvidia plans to launch in the future. 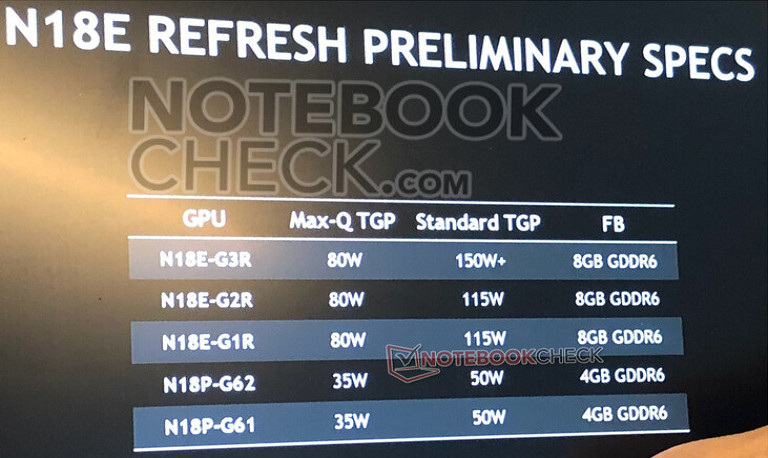 Judging by the similarity of VRAM capacities when compared with desktop variants, it seems like the top three SKUs are likely the SUPER versions of the RTX 2080, 2070 and 2060, while the two lower SKUs may be variations of the GTX 1650 SUPER. The existence of a second 1650 SUPER variant could be in anticipation to AMD's alleged RX 5300M GPU, while the more powerful version tackles the already announced RX 5500M.

It is also interesting to note that the TDP of the alleged mobile RTX 2060 SUPER has been increased to 115W from 80W on the non-SUPER version. This makes sense considering the fact that there should be a 256-bit wide memory interface on the 2060 SUPER to accommodate the additional 2GB VRAM as compared to the 192-bit non-SUPER 6GB variant.

More efficient Max-Q TDP figures have also been listed so we can expect slimmer laptops to carry these as well.

The mobile Nvidia SUPER GPUs will reportedly be inside notebooks next year.