With the release of GeForce R347 driver (version 347.29) Nvidia has disabled the ability to overclock, and even underclock their 900M series of mobile GPUs, despite it being possible with earlier drivers. Not surprisingly, this has left many people annoyed and they took to the Nvidia forums in droves to seek out an explanation for the decision.

A customer care representative for the Nvidia forums replied on Page 3 with a brief statement:

Unfortunately GeForce notebooks were not designed to support overclocking. Overclocking is by no means a trivial feature, and depends on thoughtful design of thermal, electrical, and other considerations. By overclocking a notebook, a user risks serious damage to the system that could result in non-functional systems, reduced notebook life, or many other effects.

There was a bug introduced into our drivers which enabled some systems to overclock. This was fixed in a recent update. Our intent was not to remove features from GeForce notebooks, but rather to safeguard systems from operating outside design limits.

So in a nutshell, it should never have been possible to over/underclock in the first place, with previous drivers actually having a bug that allowed it, according to Nvidia. 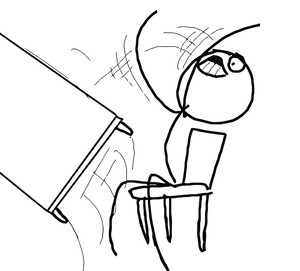 be overclocked, such as the ASUS advertisement above that seemingly supports it in its GPU Tweak for laptops utility.

In any case, one also has to wonder if GPU overclocking is something users should be doing with laptops which typically have less airflow and less effective cooling technology than desktop counterparts.

In addition, maybe Nvidia should be clearer about its marketing strategy and not advertise the 900M series as "Desktop Class" if you can't do the same things with it as you can with desktop cards.

Update: Users have now created a petition to convince Nvidia to reverse their decision on overclocking. At the time of writing, 329 have signed it, out of the target of 500.