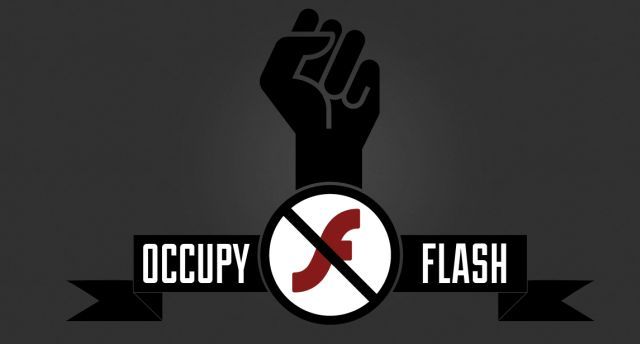 Adobe's Flash Player software is still used by the vast majority of PC desktops and laptops. Now, in the wake of Flash creator Adobe announcing they would discontinue development of Flash for the Android and Blackberry Playbook platforms comes a new Internet movement designed to get PC owners to uninstall Flash from their machines.

In a nod to the Occupy Wall Street movement, this new Internet campaign is called Occupy Flash. In the web site's own words:

Flash Player is dead. Its time has passed. It's buggy. It crashes a lot. It requires constant security updates. It doesn't work on most mobile devices. It's a fossil, left over from the era of closed standards and unilateral corporate control of web technology.

The web site has posted up links for people to uninstall Flash on their PC, Mac, Linux or Google Chrome browsers. It also urges people to email Flash based web sites and ask them to use more open standards from now on such as HTML5.

The site's creators have so far remained anonymous, but a statement on the site insists that Occupy Flash "has no corporate backing, and is not a lobbying effort of any sort." They claim they have nothing against either Adobe or the Flash software, recognizing its use in making mobile applications. However the site's organizers claim that they simply want Adobe to move to HTML5 for future web-based applications rather than continue to develop Flash for the PC market.

We have sent an email to the Occupy Flash group, so hopefully we can gather some more info about their cause. Do you support Occupy Flash? Let us know in the comments.