Over a month ago, Microsoft released the preview version of Office 2013. The people who downloaded the preview build also experienced some new features Microsoft is developing to install the software suite on PCs. 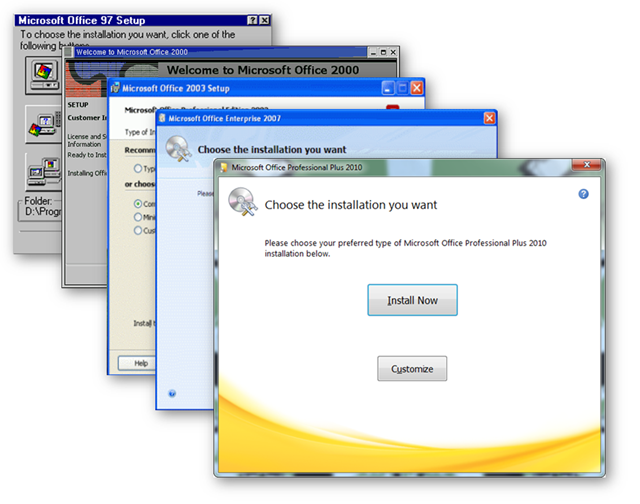 In the latest post on the official Office Next blog, Microsoft goes over how it plans to deliver Office 2013 to its customers. The post begins by giving a brief history of how Office was delivered to users. Microsoft states:

From the basic file copy method, we moved to ACME installations that allowed flexibility for automating the installation. After that came Windows Installer in Office 2000, which could handle sophisticated component co-existence and offered better uninstall and repair support. In Office 2007 and 2010 we supported multi-MSI installs with our “Catalyst” install technology to better support multi-language and multi-product scenarios.

Physical shipments of Office was first done via floppy disk and Office 97 was the last to use this method with a whopping 45 floppies required; CD-ROM and DVD disks were used for more recent versions of Office. For Office 2010, some users were able to download copies via the first version of what Microsoft calls "Click-to-Run".

For Office 2013, Microsoft is using Click-to-Run 2.0 to deliver the software via download. The current preview version allows users to set up install options, such as 32-bit or 64-bit versions or different languages, on the Office 2013 preview website. Microsoft adds:

Note that 32-bit is always the recommended default for compatibility reasons, even on 64-bit Operating Systems, and it’s important to remember that you can only ever install one or the other of 32 or 64-bit Office products on a single machine. You cannot mix 32 and 64-bit products, even across versions (i.e. Office 2007 and Office 2013).

While this is not yet set up, Microsoft hope to allow Office 2013 users to pre-cache the software in the background in future versions, even before users actually click on the "Install" button. That should allow users to start accessing Office without having to wait for the full download. 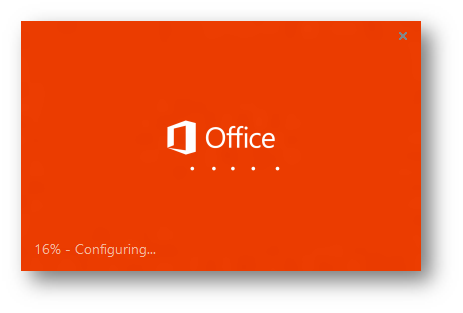 If you access a part of Office that is not yet fully downloaded, Microsoft says users will see the loading screen above. It adds:

It will only happen once for that part of Office, and once you’re fully downloaded you’ll never see it again. Depending on the speed of your network connection, you may never see this UI, or you may see it multiple times if you’re on a slow connection and really exercising the apps while they’re still downloading.

The blog also says that Office 2013 will have options for a quick repair if things go wrong, or a full repair that takes longer and also requires an Internet connection. If you want to uninstall Office 2013, Microsoft says the sequence should now take seconds instead of minutes with previous Office versions.

Microsoft also talks about Office on Demand, which will be available for people who purchase Office 2013 subscriptions. It will allow users to access their Office applications no matter which PC they are using.