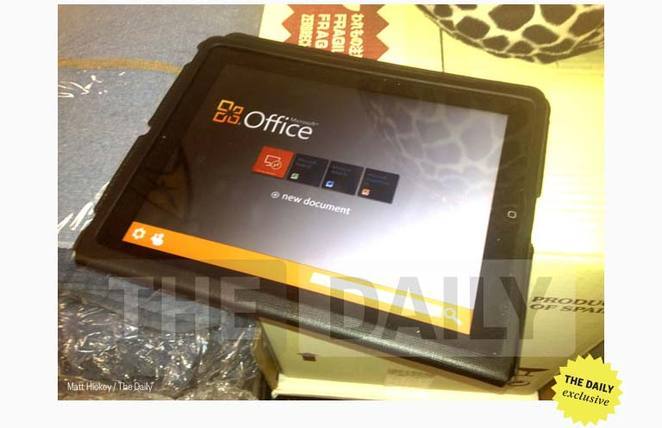 Matt Hickey was fortunate enough to get hands on time with Office and notes that it has a bit of Metro to it and its user interface is similar to that of OneNote.

Currently, Word, Excel and PowerPoint were able to create edit documents locally and also online. Additionally, it was revealed that an Android version of the platform was not being developed at this time.

If all the information holds true, we hope that Office will land on the iPad sooner rather than later as many business are deploying the iPad in the field. While it is a bit interesting to see that Microsoft would be supporting the iPad with its crown jewel of productivity, it is reassuring that they are supporting other platforms outside of Windows.

While we still do not have an estimated arrival date, Office for the iPad will open up new avenues for the device as business will now have nearly all the applications they need to utilize the iPad in a way that is conducive to business needs.

[Update] Microsoft has told ZDnet that the image is fake but declined to comment on if the company is building Office for the iPad.