The year 2014 is starting out on a sour note for the Skype team at Microsoft. Their official Twitter account was compromised by the group that calls itself the Syrian Electronic Army, with a message that seems to allege that the VoIP service spies on its many users.

The Twitter account, which has over 3 million followers, was broken into earlier this afternoon with two messages from the group. The first asks Skype to "stop spying on people", while the other simply posted the symbol of the group with the message "Syrian Electronic Army Was Here". The SEA claims to be a supporter of Syria's President Bashar al-Assad but it's unknown if the group has any official ties with the Syrian government. 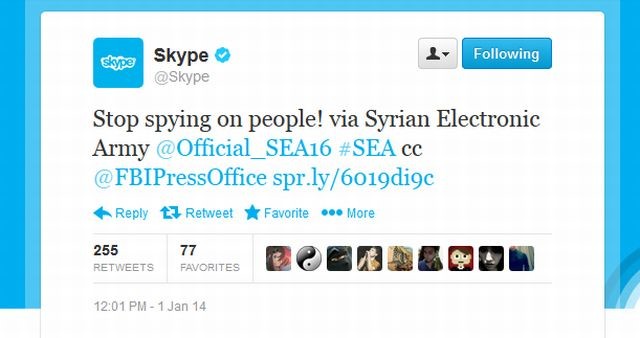 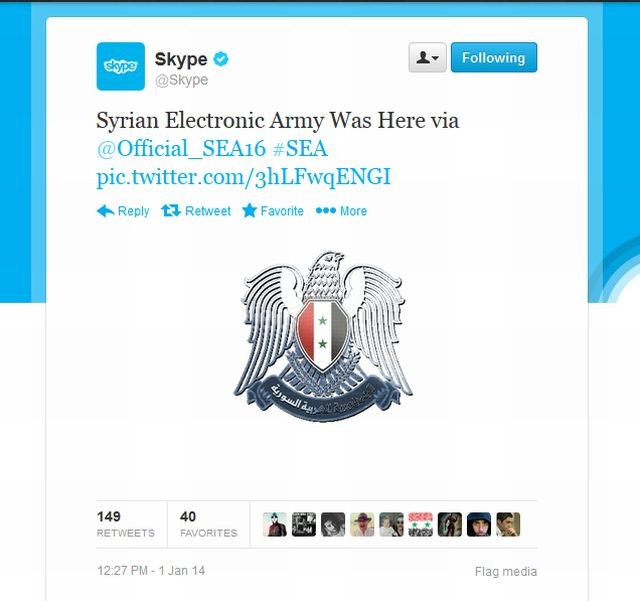 While both posts were live for the better part of an hour earlier today, they have since been taken down. We have emailed Microsoft to get a comment on this newest attack on a major Twitter account and will update the story when they send a statement.

Update: Skype's Facebook page and blog site were also hit by the SEA; while the Facebook account has been restored, the Skype blog is still showing the effects of the cyber attack with a defacement of the page.

Update 3: Skype's Twitter account now seems to be back in Microsoft's control with the company posting the following message:

You may have noticed our social media properties were targeted today. No user info was compromised. We’re sorry for the inconvenience.