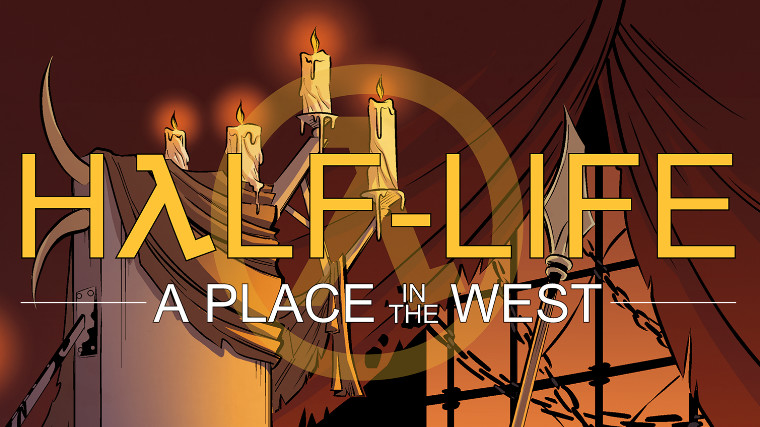 Half-Life 3 may be reduced to an inside joke by now but a comic series based on the popular Valve franchise is steadily continuing to release, titled Half-Life: A Place in the West. Although the number three is practically a fable in the Half-Life saga, the officially-licensed comic will release its third chapter later this month.

The comics were initially released as a fan project before Valve officially licensed the series for commercial use, a first for the company. The series is set to continue for 13 issues total, with 25-30 pages per comic. The first comic is available for free on its Steam store page, with the ensuing releases available as DLC, releasing every three months.

The comic book series' description provided by its creators, Ross Joseph Gardner and Michael Pelletier is as follows:

Half-Life: A Place in the West is a licensed, fan-made comic book set within Valve's acclaimed Half-Life universe, in which Earth has fallen under the grip of the totalitarian Combine empire following a scientific experiment gone very wrong.

As a group of military commandos sweep across the American wasteland kidnapping children, a troubled father, an intrepid young scientist, and an ancient alien warrior are drawn to the strange city from which the attackers sprung: New Franklin. Once inside, they discover a powerful secret - but the city holds many dangers, and deceptive temptations.

The upcoming third chapter will continue the story of Leyla Poirier and Albert Kempinski, as they venture forth into the world of New Franklin, and be introduced to a new community built around a gladiatorial arena named The Pit.