Bluetooth speakers have been around for as long as I can remember, and while the principal of them remains the same, what has improved over each generation is convenience, efficiency and most importantly, sound quality.

During the early days it was harder to distinguish between good and bad sound when streaming music to a Bluetooth headset or speaker, mostly because audio streaming was still in its infancy and newer codec technologies were not ready for consumer devices yet.

Readers may recall our Playbulb Color review, today I am going to pay some reference to that product and review the Olixar Light Bulb Speaker kindly sent to me by MobileFun. A quick glance online for this kind of speaker brings up several designs with varying features ranging in price from £15 / $23 all the way up to £92 / $144. Olixar's version sits comfortably at a reasonable £35 / $55. 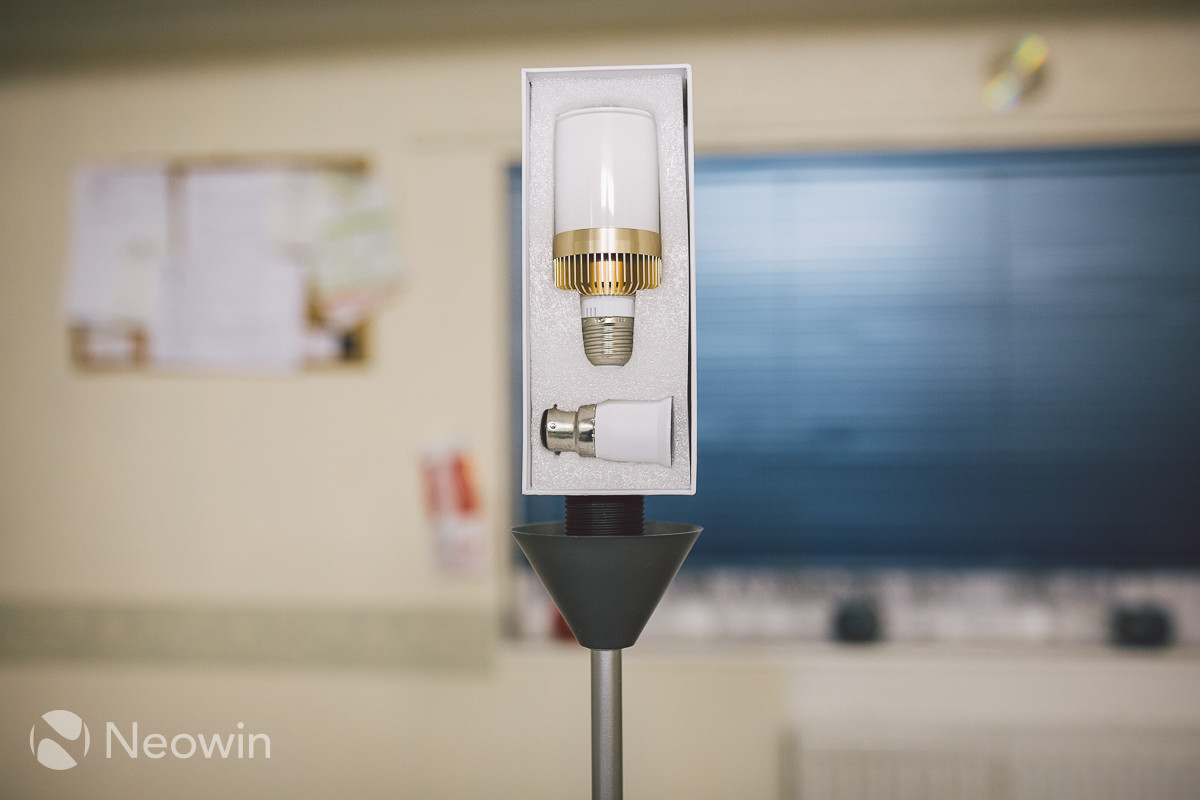 The official specs don't detail certain elements that I feel are important for this type of product such as the colour temperature of the LED bulb, or if the speaker comes with volume control or power switch so you can use it just as a speaker, or light bulb individually.

The leaflet inside the box states the materials used are Aluminium and "Rare Earth", I have no idea what the latter means, but I can confirm that the whole unit does feel well built and has some weight to it. The integration of the Aluminium heatsink into the design of the light bulb is a nice touch and adds an appealing visual aesthetic.

The inclusion of a bayonet adapter is very welcome, this means it can be used with the most common light fittings found around the home, but do be warned, with the adapter attached the total length from end to end comes to 15.5cm (6.1") which may be too long for some light fixtures. 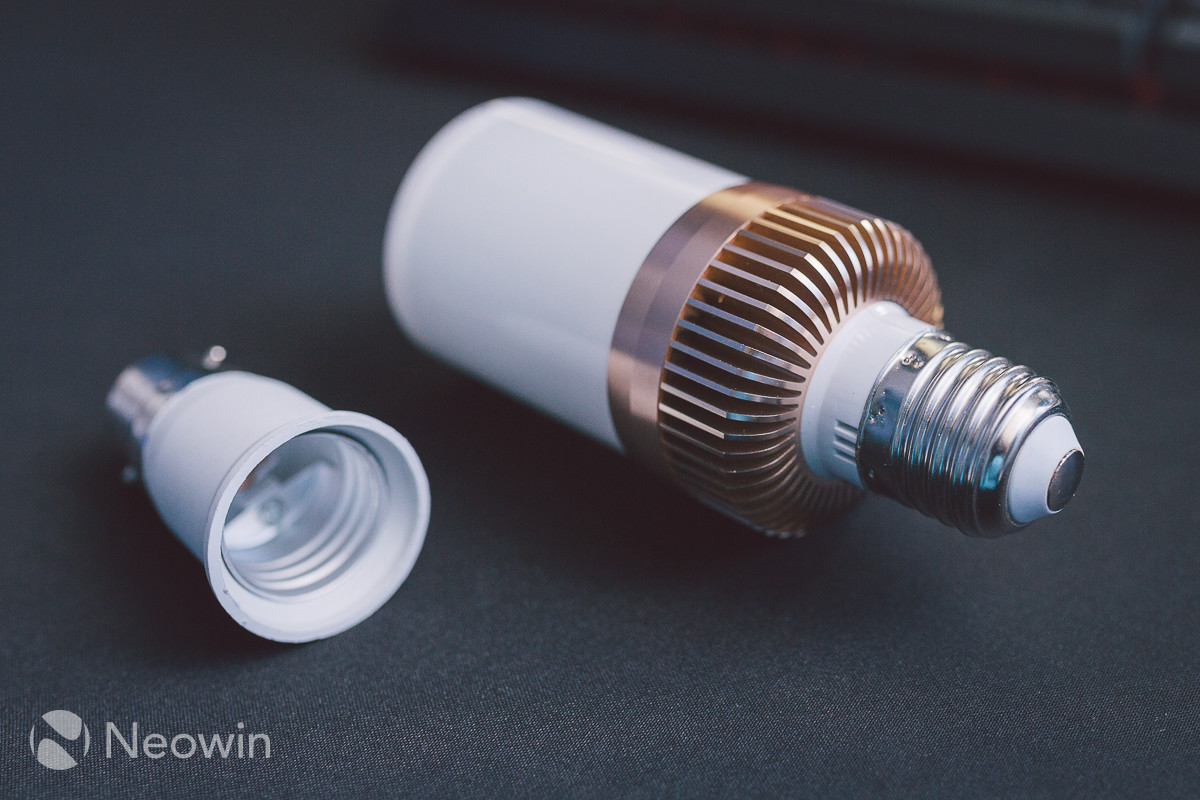 From my testing I found that you can only use it as a whole, so if you didn't want to use the Bluetooth part of the speaker then you'd have to switch off Bluetooth on whatever device you have it paired with, otherwise the moment you walk into range of it, all your phone/tablet sounds will be playing, which did cause some confusion early on!

The light bulb outputs a warm yellow colour, it's warmer than the rated "Warm Yellow" LED bulbs that can be bought at shopping malls, personally I prefer a neutral white colour temperature closer to 6500K, which is often classed as natural daylight.

The 3 watt LED bulb is bright enough to be used in an average bedroom, although I would probably not use it anywhere larger such as a living room, especially when used in conjunction with a lampshade. It's worth noting that this 3 watt LED is the equivalent of roughly a 30 watt incandescent light bulb, so ideally for larger rooms you would want a 6-8 watt LED bulb for adequate illumination. Of course this is all variable as a number of factors can affect how a light bulb performs from the colour of the walls to the type of fixture in use.

Compared to the Playbulb, the Olixar does not have a smartphone app either; although at this price point, such a feature might be too much to ask. 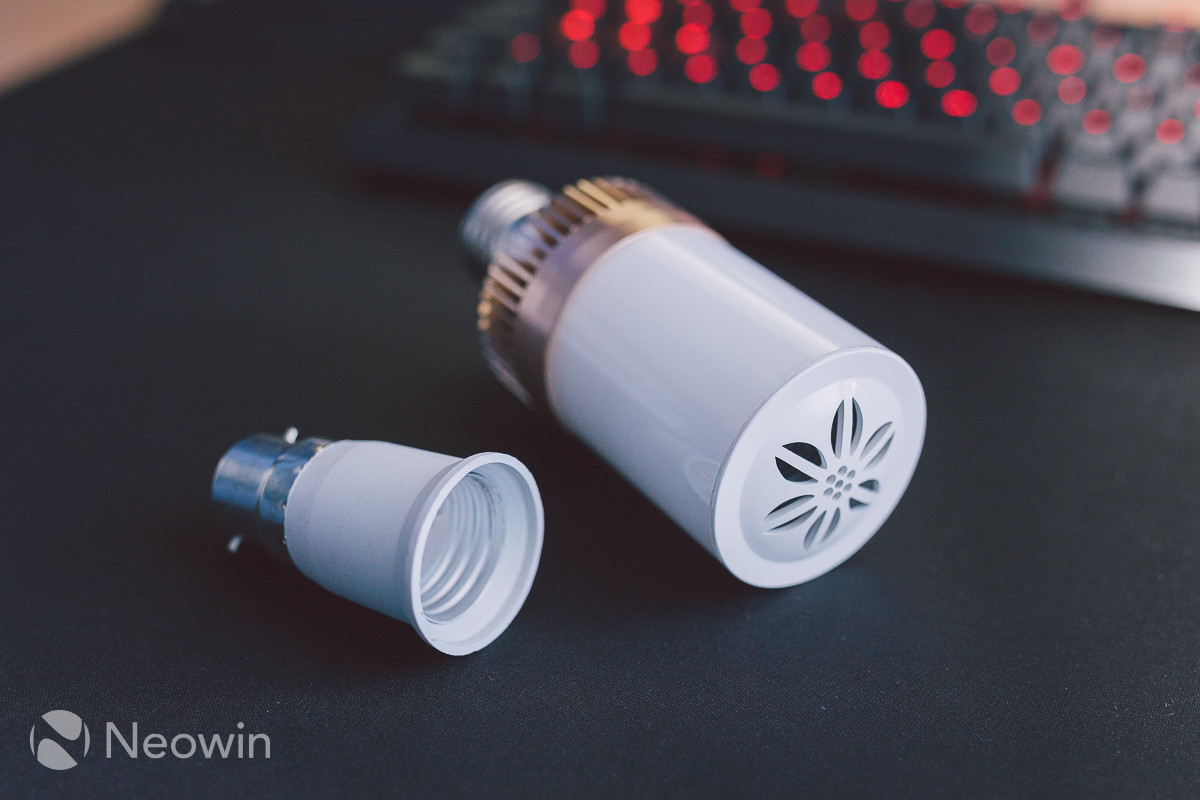 Pairing to both phone and tablet was very quick and easy, my Android phone took seconds to pair which is exactly what I would expect from any modern Bluetooth accessory. The light bulb supports Bluetooth audio transmission only and not the headset protocol, so when a phone call comes in the speaker will de-activate and the phone will pass call audio to the earpiece for the duration of the call.

The speaker, while better than some smartphone and tablet speakers, isn't as good as dedicated Bluetooth speakers such as the Kitsound Hive. I found it lacked bass and treble detail, and because it is only 1 speaker the sound was only output in mono. This muddied the quality of the music being played, and reminded me more of a basic desktop FM radio playing.

I have compiled a small video demonstrating the sound quality difference between the Olixar and Kitsound Hive speakers which can be watched below.

Bluetooth 4.0 is used, which means the transmitted audio should be good quality and the power efficiency benefits of the 4.0 standard will mean your phone or tablet battery doesn't suffer for long playback periods. Sadly I found the Kitsound Hive was capable of higher resolution sound quality throughout the frequency range, and while the Olixar Light bulb is adequate for basic use, I'd have liked to have seen a model with higher speaker specifications because as it stands, the Olixar is only average in terms of sound quality.

The sound quality of the speaker didn't meet the expectations I had. I feel for the price, compared to competing speakers, Olixar could have used a higher quality speaker and since this light bulb speaker isn't powered by a battery, amplification would not be an issue. It is constructed very well, though.

It will be interesting to see if Olixar releases further models in the range with different features such as adjustable light output, coloured LEDs and a smartphone app to control it all with.

If excellent sound quality is a priority then I'd look to a dedicated Bluetooth speaker but if the need for a built in light bulb is a must, and at a budget, then Olixar do indeed have a product to fit the need.