The leaks and screenshots of pre-release Windows 8.1 Update 1 builds continue to find their way on the Internet. The latest such report comes, as many have recently, from "WZor", who has posted a screenshot from an escrow MSU build with the version number 17031. 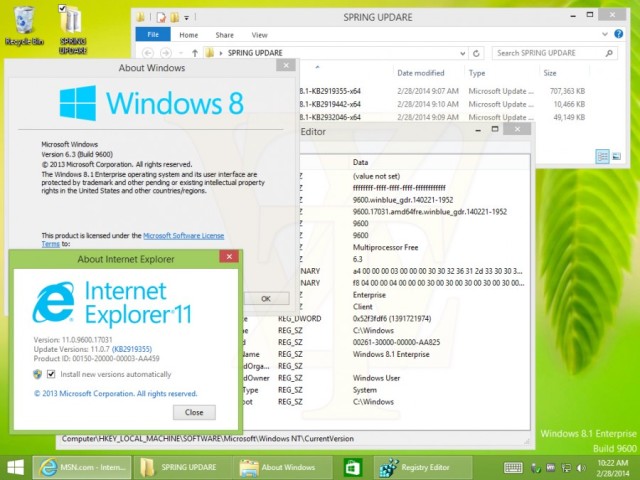 The last Update 1 build that leaked to the Internet had the number 17025. WZor states on his website that this 17031 build fixes a minor bug in previous versions which caused a black screen to show up if the Language Interface Pack (LIP) is set up as the primary language of the PC. There's no word yet if the build has actually leaked on the Internet.

Microsoft confirmed a few days ago at the Mobile World Congress that a free update to Windows 8.1 is due out this spring, and that it will include improvements for mouse and keyboard PC users. This week, unconfirmed reports claim that Microsoft will officially launch Update 1 on April 8th as part of the company's "Patch Tuesday" event and that MSDN subscribers will gain access to it on April 2nd.

Thanks to Neowin community member FaiKee for the tip in our forums!