Earlier today, Microsoft rolled out the latest update for its OneNote app on Windows 8/RT, but that's not all it has in store. Along with that update - and improvements to OneNote Online and on Apple devices in recent weeks - comes a major update for OneNote on Android. The update brings these improvements:

"If you have an Android tablet," says Microsoft, "say goodbye to pen and paper". The "biggest feature request" in OneNote for Android, according to the company was the addition of handwriting support, and today, it has finally delivered that feature.

The latest update now allows you to take handwritten notes, and to draw with your stylus or your finger. As you would expect of OneNote, all notes are synced to the cloud and available to view on most devices. 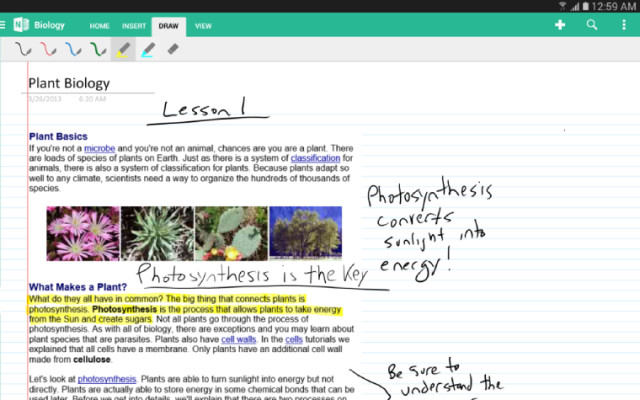 As on Windows, the app includes customization features to adjust the pen color and thickness on screen, although the Android version lacks the radial interface menu that the Windows app has. You can also customize the page - for example by changing the background color or by adding lines or grids to help with writing and drawing.

Microsoft has completely redesigned the interface to make it far more useful on Android tablets. In addition to making better use of the available space, Microsoft says that the new UI "lets you scan through your notebooks and sections so you can change... your notes quickly." 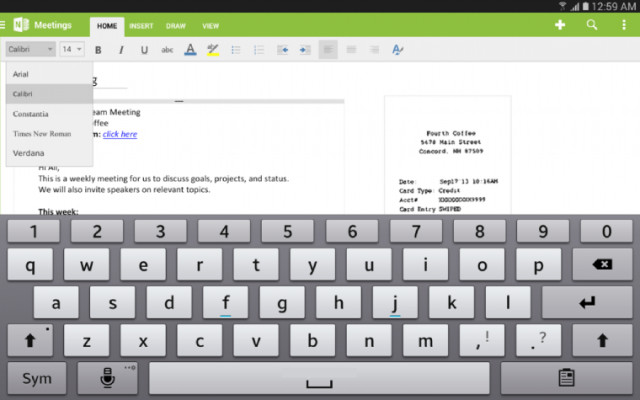 ...including the Ribbon on Android tablets

There are now multiple formatting options, including the ability to change font, size and color, as well as text alignment and headings. As with the full Microsoft Office applications, these various options are now organized using the familiar Ribbon interface.

Microsoft also says that it has made various unspecified "stability improvements and fixes" - and users of the LG G3 will be particularly pleased to note that this device is now officially supported.

The update won't be immediately available for Amazon or Nokia X devices - which use different variants of Android, and which do not have access to the Google Play store - will get the new version of OneNote "in the upcoming weeks."