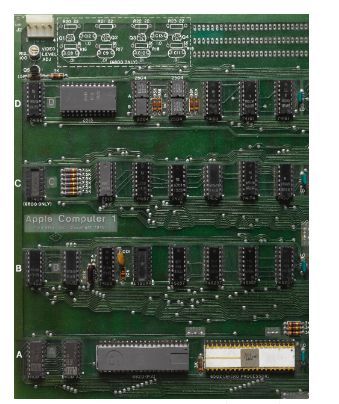 In April of 1976, two men started selling a PC they made by hand. The men were Steve Jobs and Steve Wozniak and the PC was the Apple I. Only 200 of these PCs were made and Apple sold them for $666.66.

Today, the Sotheby's auction house sold one of the few remaining working Apple I PCs. The expected selling price for the product was $180,000. In the end, the Apple I was sold for over double that amount, a whopping $374,000; the buyer of the Apple I was not immediately identified.

The PC that was sold today was offered like Jobs and Wozniak sold the original Apple I; as a motherboard. If you wanted a case, you had to go out and make that yourself. A power switch, keyboard and display were also sold separately. It had a 1 MHz (yes, MHz) processor and four KB of memory, although you could expand that up to eight KB. The Apple I sold today also comes with the original paper manuals for the PC.