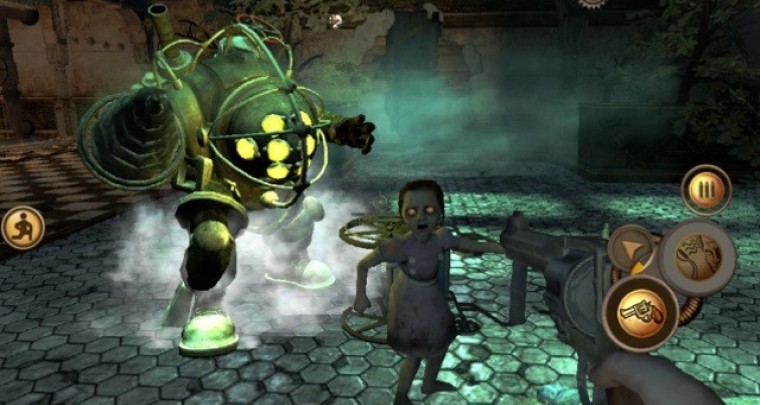 2K Games today announced plans to release the original "BioShock" on iPhone and iPad, though details on the game's mobile release are limited.

The game was announced via a tweet from 2K Games' official Twitter account that said "BioShock" is "coming soon" to iOS, but it didn't say if the iOS version of the game will be a direct port from the original PC, Xbox 360 and PlayStation 3 game. Kotaku subsequently posted screenshots of the game, one of which can be seen above.

"BioShock" was first released on PC and Xbox 360 in August 2007, though it was later ported to PlayStation 3 in October 2008. A direct sequel was released for the same platforms in February 2010, while "BioShock: Infinite," a game in the same universe but a different setting, was released in March 2013.