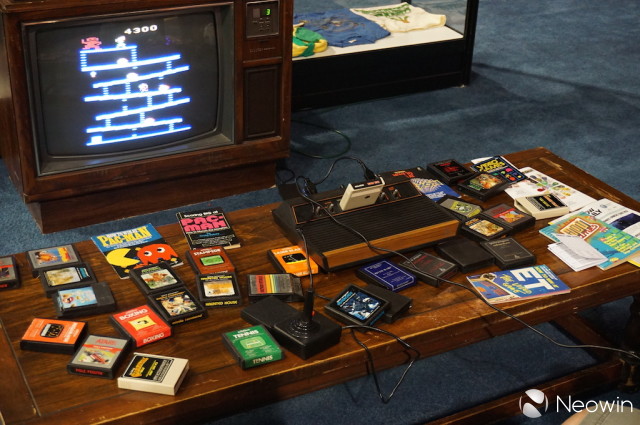 Amidst the massive booths, tucked away in a corner of South Hall, the Videogame History Museum gives E3 2014 attendees a chance to experience the history of video games. Similar to the Computing History Museum in the UK, the booth is a physical timeline, displaying older consoles like the Atari 2600, highly popular units of the 90's, and showcasing many of the "next generation" consoles from the early 2000's.

This isn't your typical hands-off museum: Attendees are able to experience these 'blasts from the past' thanks to the live displays encouraging hands-on time with some of the historical pieces. You can play some of your favorites like Mortal Kombat 2, Pac-Man, Super Mario Bros. 3, and more.

Although a lot has changed, the core elements of the gaming community have not. By visiting this museum and seeing the massive amount of people that flock to E3, it's evident that gaming isn't just an industry, but a thriving culture.