Microsoft announced today that Outlook Mail and Calendar are now available for the HoloLens, promising the "first holographic email and calendaring apps".

Yes, for the first time, you'll be able to turn your digital calendar into a wall calendar. In fact, you can throw your inbox up on the wall as well.

Both Outlook Mail and Outlook Calendar are UWP apps, which means that they run on all Windows 10 platforms. Because of that, it was easy for Microsoft to make the apps suitable for the Windows Holographic experience. 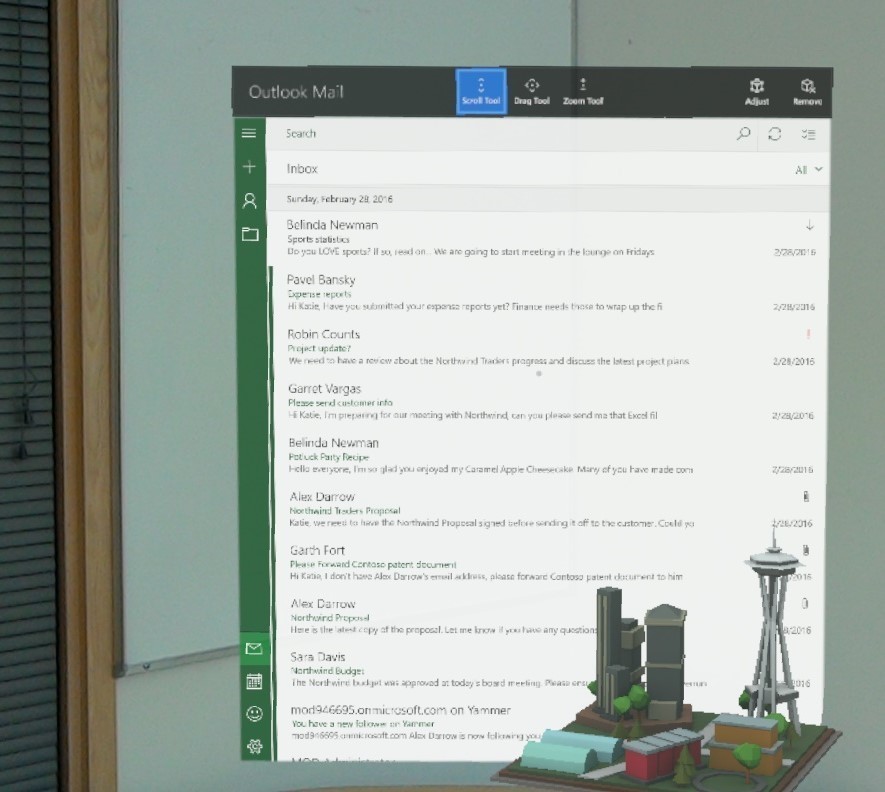 Microsoft has really been dishing out the HoloLens news lately. Earlier this week, the firm released the first major update to the Windows Holographic platform. The following day, it opened up the platform to all virtual, augmented, and mixed reality devices.

If you want to get the new Outlook Mail and Calendar apps on your HoloLens Development Edition, you can get them right here. Microsoft says to click where it says "Free" to install the app, but if you've ever had a Windows 10 device, that button is going to say "Install".