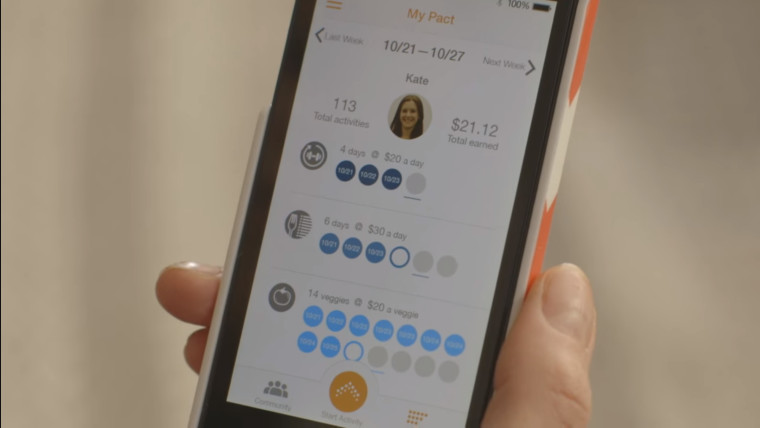 Add this to the list of things too good to be true: an app that paid you to become healthier. That was the premise of GymPact, later renamed to Pact, which allowed users to set periodic fitness goals and then either reward you for sticking to them or make you pay a penalty of your choosing for not living up to the goal.

The working principle of the app was rather simple: the money gained from users failing to meet their goals would be pooled and used to pay small amounts of rewards for those who did. The company boasted a number of partnerships with gyms around the United States to ensure accuracy in its tracking of users' goals and was also subject to highly positive reviews by both iMedical Apps and PC Magazine.

Not everything was as rosy as it seems, however, and the company was shuttered this July, five years after its launch. As the FTC complaints outlines, Pact was apparently in the habit of charging users penalties despite meeting goals and also making it impossible for users to leave the service, charging users weeks after they had canceled their subscription. The number of complaints apparently amounted in the tens of thousands.

The company was accused of not clearly laying out the charges users would incur before they entered their payments details in contravention of the Restore Online Shoppers’ Confidence Act and is currently on the hook for $948,788 payable to customers with complaints. The FTC also issued a $1.5 million fine against the company which may be partially written off due to the company's poor financial standing.