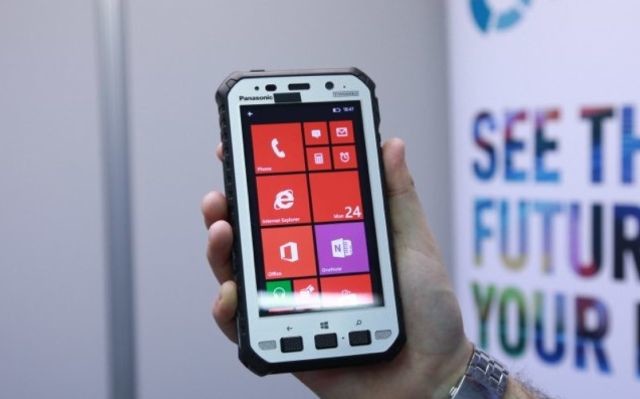 Panasonic has yet to release its long-awaited and massive 20-inch Windows 8.1 tablet, but today it revealed a device on the opposite end of the size spectrum: a rugged phone that will use Microsoft's Windows Embedded 8 operating system.

The 5-inch device is the FZ-E1, which Panasonic refers to as a tablet, can make voice calls on cellular networks, though Windows Embedded 8 is typically used by business and enterprise customers for non-phone products. Notably, the FZ-E1 is more than an inch thick and has rubberized buttons designed for a lot of abuse, features typically not found in smartphones. Engadget reports that the FZ-E1 has a 2.3 GHz quad-core Qualcomm Snapdragon 800 processor and a huge 6,200mAh battery that will allow the device to run up to 14 hours.