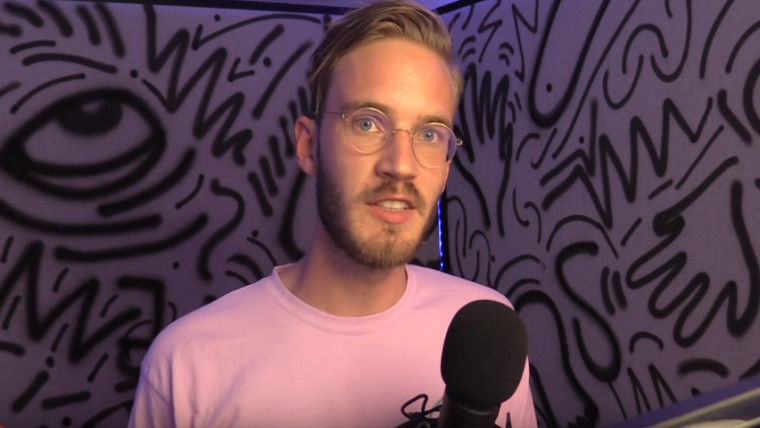 A couple of days ago, several reports emerged claiming that several famous YouTube personalities including Felix Kjellberg - who is better known as "PewDiePie" - took money from Warner Bros. to positively highlight the company's games such as Shadow of Mordor. The reports cited a statement from the Federal Trade Commission (FTC) which claimed that Warner Bros. had paid several YouTubers thousands of dollars for positive reviews of Shadow of Mordor without disclosing it, which it deemed equivalent to deceiving consumers.

Video reviews of the game from YouTube reportedly bagged over 5.5 million views for WB Games, out of which nearly 3.8 million came from PewDiePie alone - who has 46.3 million subscribers.

Now, PewDiePie has responded to these allegations in his latest video claiming that he did post a disclaimer in the description of the two-year-old video in question, clearly highlighting it as "sponsored" even though he wasn't legally obligated to do so. According to the YouTuber, his name was used as click-bait by various sites, even though he doesn't believe he is at fault. He went on to state that:

[...] Yes, I could have disclosed it better, I could have put it above the fold. So basically all these news articles are using me as a click-bait, putting my name to shame, when I didn't even do anything wrong.

Kjellberg - who emphasizes that he isn't a "game reviewer at all" - states that since he had disclosed the video as a paid promotion in the description, he doesn't think he "did anything wrong". Additionally, he also notes that the FTC's rules for full disclosure of paid sponsorship for YouTubers were released in 2015, while the aforementioned video was released in 2014.

With that being said, the FTC states that describing a video as a paid promotion below the fold is "inadequate" because it is "visible only if consumers clicked on the 'Show More' button". The Commission went on to state that when YouTube influencers including the "wildly popular PewDiePie" posted these videos to social websites including Facebook and Twitter, the disclosures were usually trimmed and less likely to be visible to consumers.

As a result, the FTC has ruled that Warner Bros. must clearly indicate when videos are paid promotions, and hire influencers only after fully educating them regarding sponsorship disclosures in the future.