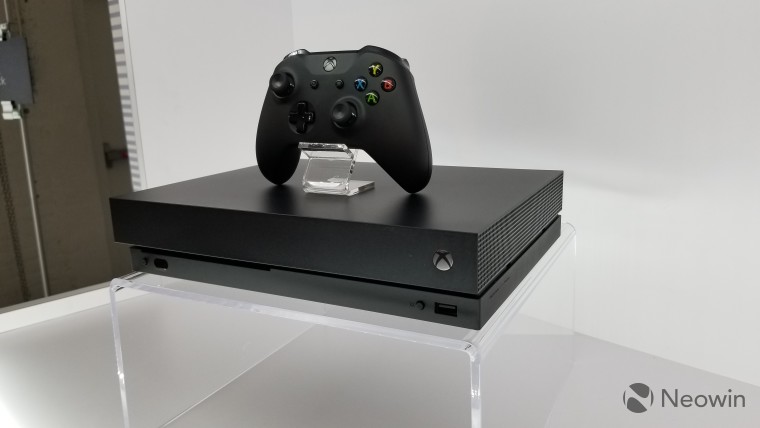 Xbox One X may be the most powerful console ever created but it's not for everyone, according to Microsoft's head of gaming. He believes that while the new console will certainly capture the imaginations of enthusiasts, the significantly cheaper Xbox One S is still considered the company's main seller.

Though the demand and pre-orders for the console have exceeded expectations - and previous generations of the console - Spencer points to the affordability of the Xbox One S as the reason it will ultimately win out in the long run and will remain the market leader. "It plays all the same games. It will be the console that sells," said Spencer in an interview.

The reasoning behind the introduction of the Xbox One X, then, is not to phase out the Xbox One S but to simply offer more choice to customers. Spencer referred to the Xbox One Elite controller as an example of a similar move, which offered enthusiasts the choice of buying something with all the bells and whistles and suited to their level of interest in gaming while still allowing more casual gamers to purchase the normal controllers.

Similarly, the Xbox One X is all about providing the "very best experience" and that while games look fabulous on the new console, not everyone may want that. Microsoft simply wants to provide those who want the upgraded visuals and the added horsepower to have the choice of getting it.

The Xbox One X will be available on November 7 and features an octa-core processor with 12GB of DDR5 RAM in order to allow playing games at a native 4K resolution with HDR.