I imagine quite a few of you reading this review will already know of the Fidelio X1, perhaps even own them and looking to maybe upgrade. For those who are not familiar the X1 brought to the market a sound signature that many thought could not be possible from an open back headphone coupled with tank like build quality and an overall package that gave a good run at the established big brand models with higher price points.

However, even though the X1 was an all round excellent headphone it wasn't without a few faults. For 2014 we have the Fidelio X2 and upon initial inspection it appears Philips have listened to the concerns of X1 owners and put all fears at rest. 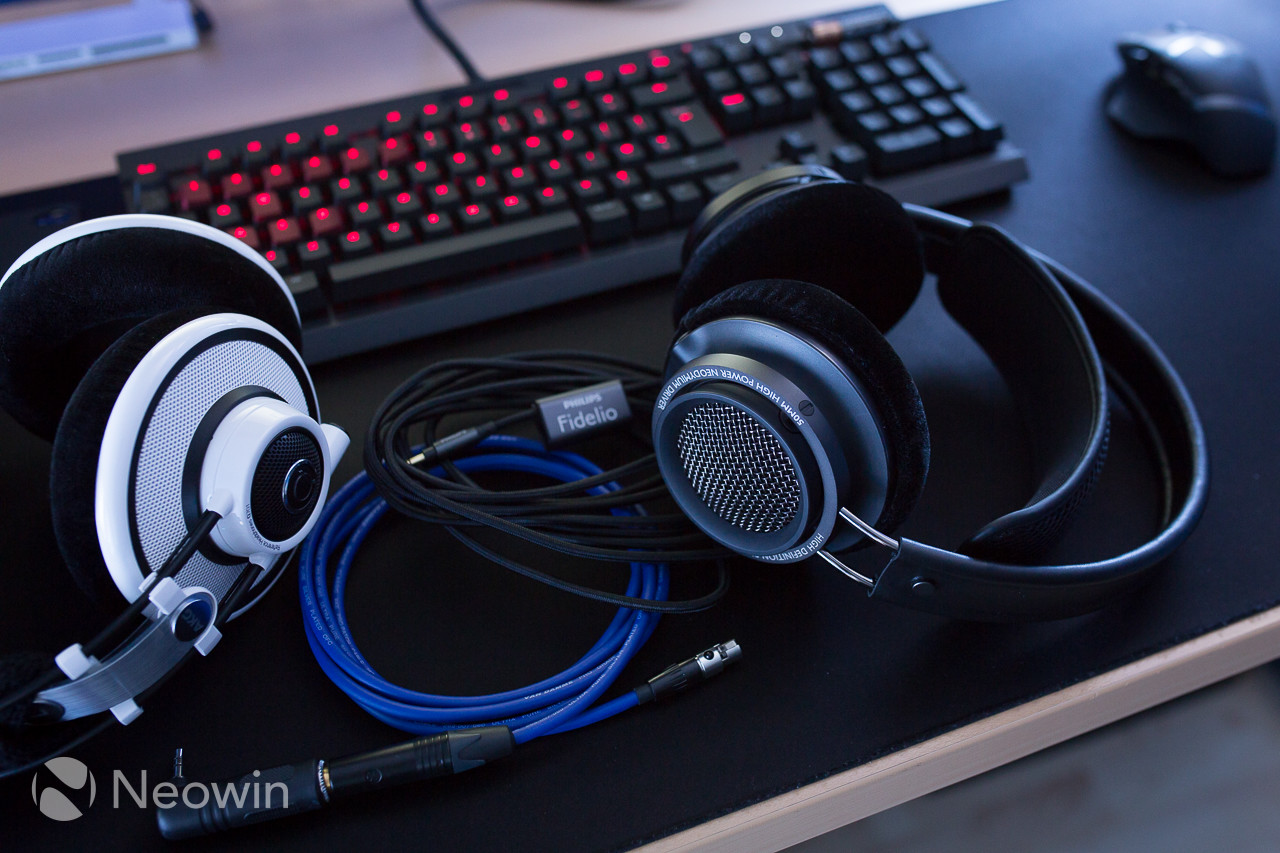 For reference, the previous full sized headphones I have owned were Grado SR60i, Sony MDR, Sennheiser HD555, HD595, HD598, Philips Fidelio X1 and AKG Q701. This review is based on the headphones being powered by a NAD D 3020 DAC/Amplifier connected to a desktop PC via USB.

Some have classed the Q701 as a hard to drive headphone but I found no such problem getting loud volume out of them from the NAD amplifier. At -20dB fully lit up on the dial the Q701 is too loud to be used for long periods, driving power is definitely adequate from such a desktop integrated amplifier.

Let's take a closer look and see what is new. 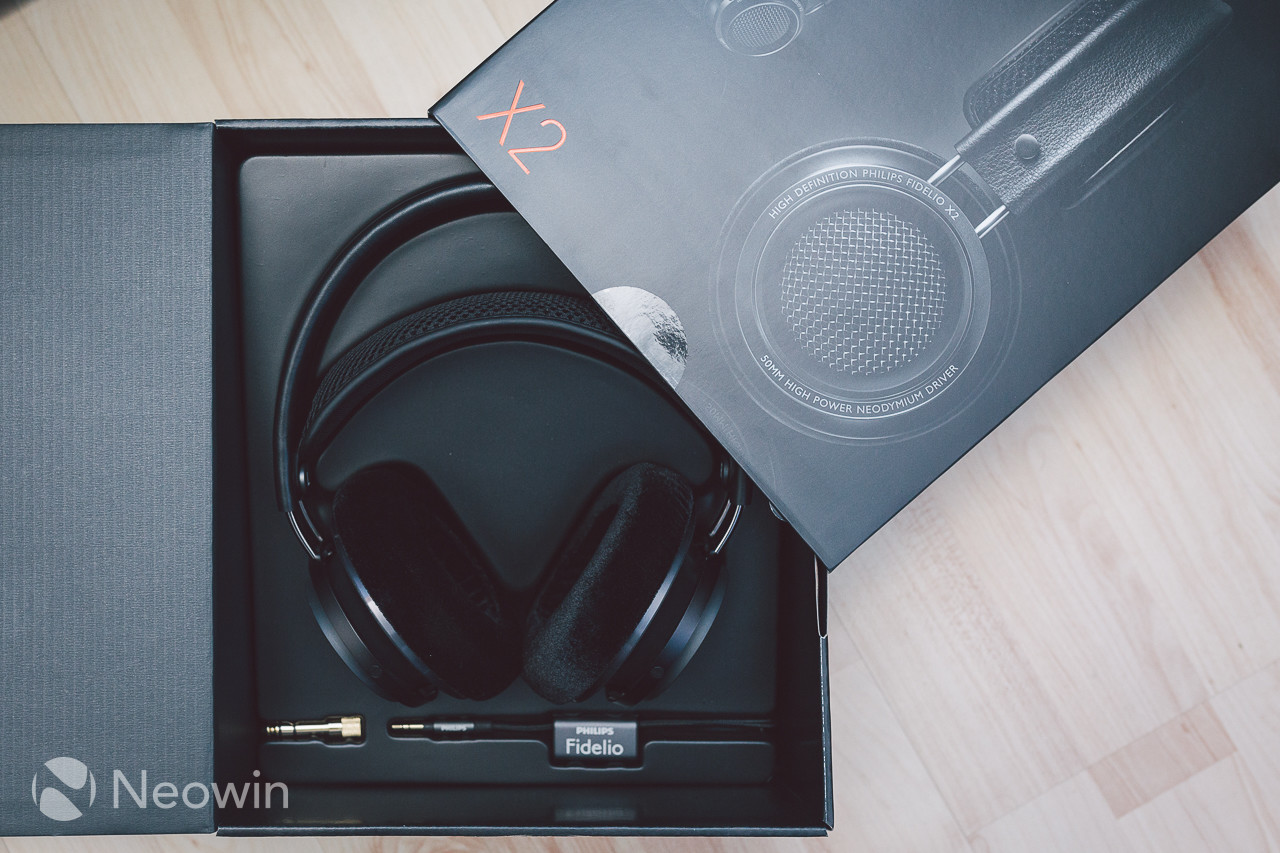 Unlike the X1 packaging the internal of the X2 box is not lined with foam and felt but has been replaced with thinner cardboard and plastic. Everything else remains the same though from the design on the outside to the component arrangement inside.

Included is a 3 metre braided cable with smaller terminated 3.5mm jack ends, a 6.3mm adapter is also supplied. The cable appears to be slightly thinner and lighter than the one that ships with the X1. This is a welcome change as I found the X1 cable to be bulky and heavy at the jack end. The new cable also has less electrical resistance at 0.7 Ohms whereas I recorded around 1.7-2 Ohms with the X1 cable. Whether this accounts for a difference in sound or not is open to debate but one thing is clear, the X2 cable is electrically more efficient. 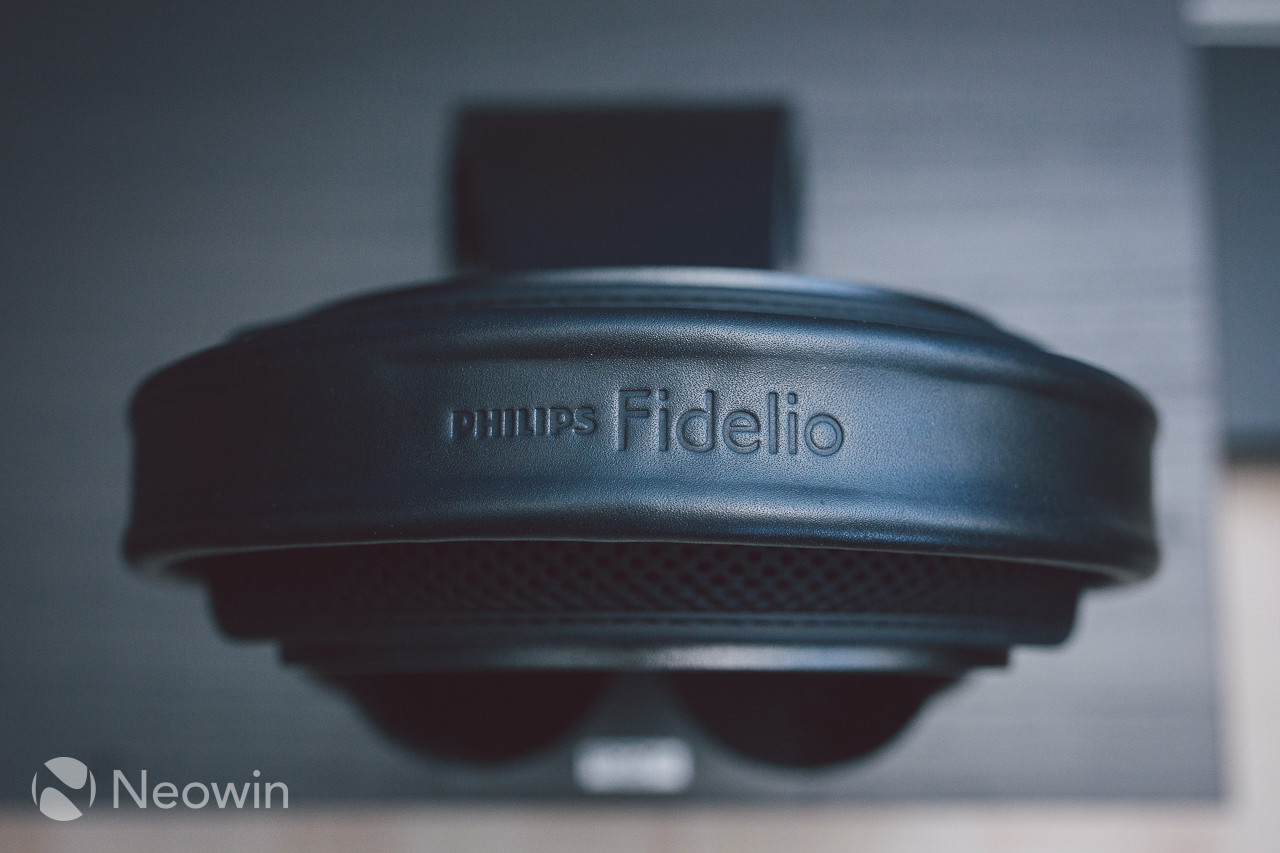 This is where both X1 and X2 are replicas of each other. Both use high end materials all over the headphones. The X1 has brown and silver accenting whereas the X2 does away with the two tone combo and has gone the stealth black route with only some text branding along the outer rim of the earcup frame.

The headband feels slightly bigger this time round as people with larger heads did mention the X1 headband didn't offer enough room to adjust with. The headband covering is calf leather with super comfortable elastic harness for automatic height adjustment. I found the clamping pressure of the headband to be the same as the X1 and once again you can gently bend it to customise the pressure.. 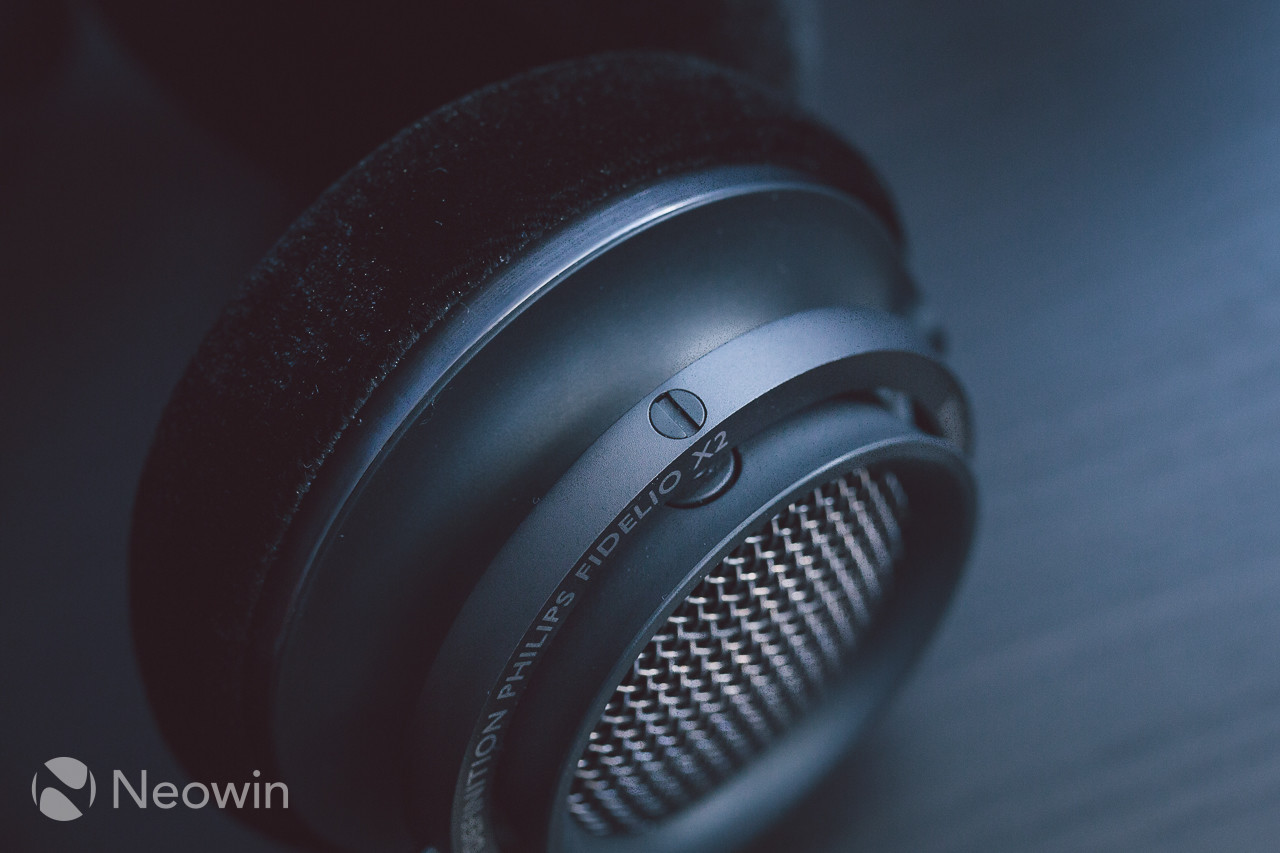 The attention to detail is exemplary. Every surface is textured or finished in finely machined Aluminium. It's cold to the touch but heavy in feel and rigid though going by the specs the X2 is a lighter headphone, it seems that weight savings have been made inside the headphones.

Compared to the AKG Q701 I found both X1 and X2 to be superior as far as build quality is concerned. My Q701s are in white so have the plastic glossy finish whereas the black Q701 has a matte textured finish. I believe this attributes to the cheaper feel of the AKG, at least in white anyway. I also find that the hinges creak on the Q701 as the glossy plastic rubs against other parts of the headphone. The Fidelio makes no such noise whatsoever, it feels like a single piece of headphone made of metal.

The most common complaint about the X1 was that the earpads were not removable and questions lingered as to what Philips were going to do about owners who have had there headphones a few years and needed to change the pads. It seems Philips heard those people because the X2 has replaceable earpads. Unlike other headphones the X2 pads simply press on with no twisting or locking require. 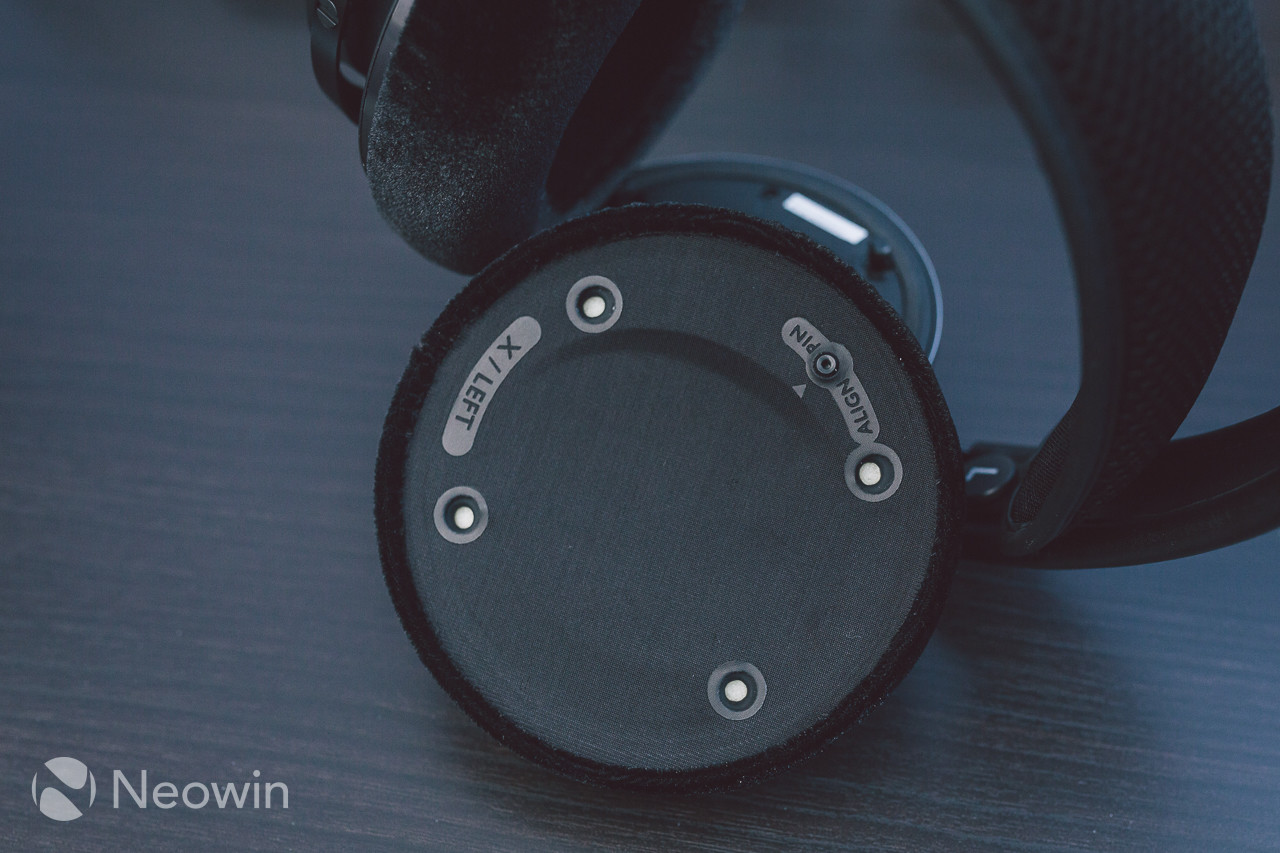 It's also worth mentioning that the earpads are still memory foam wrapped in thick velour. It feels great and is very comfortable especially once the foam warms up and molds to the shape of your head and ears. 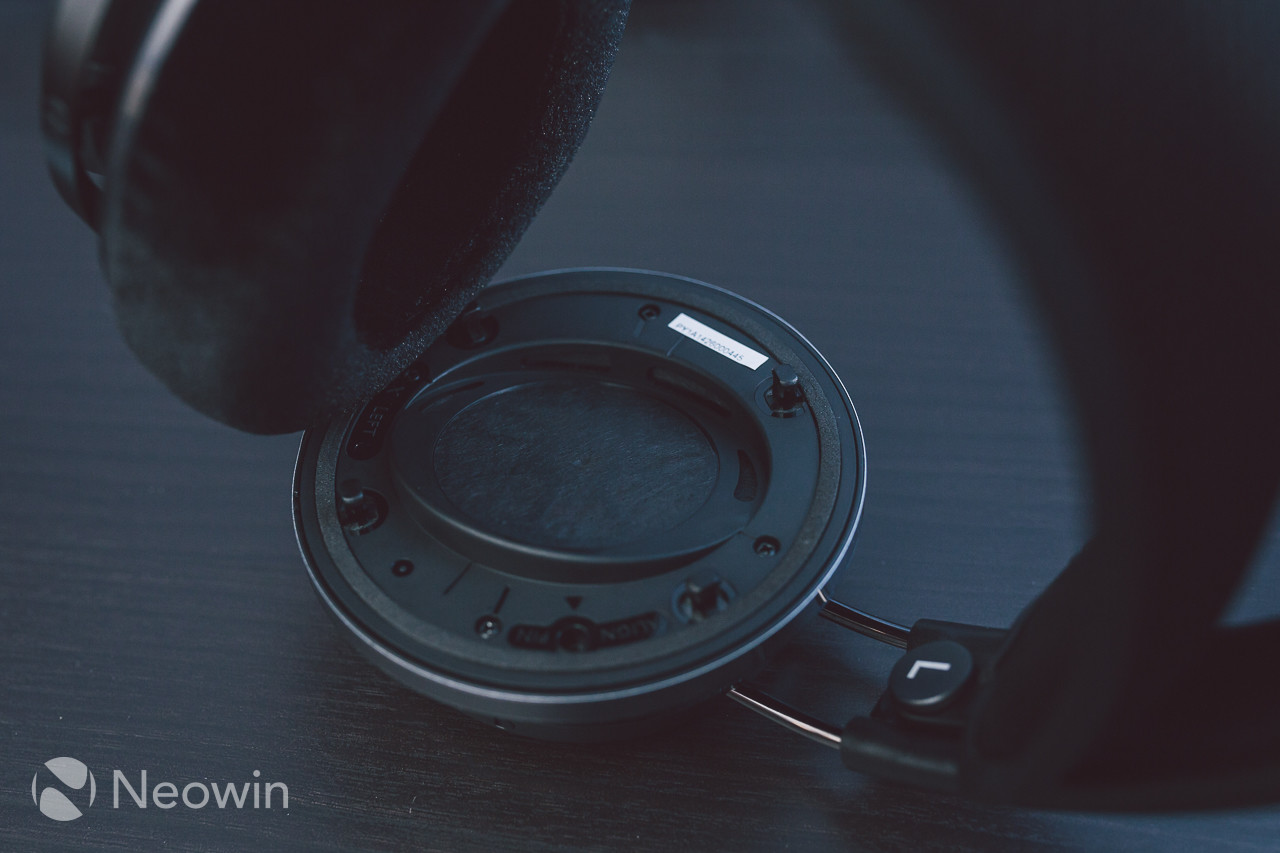 I listen to a wide range of music from Blues right through to Electronic and Hip-Hop. I gave the X2 some listening time to a good portion of my most favourite tracks well suited to headphones and here is what I observed.

Hugh Laurie - St. James Infirmary:
The increased bass response of the X2 made Hugh's voice ring deeper and with more presence. His voice appeared to be more forward and centralised in the soundstage whereas on the Q701 it's higher up and still central but sounded more natural especially as the backing instruments come and go throughout the track.

Wyclef Jean - Gone Till November:
This is a great track for testing the bass of a headphone. Right at the start as Wyclef starts talking a bass note reverberates through hitting low and hard. It's enough to make a speaker's woofer cone visibly resonate at moderate volume. On the X2 I felt the vibrations inside my head as the bass note followed through and it sounded immense. The same track on the Q701 doesn't have as much low frequency punch but it makes up for it with better positioning of vocals and instruments through the rest of the frequency range.

Muddy Waters - Rock Me:
The above trend continues with this re-mastered track. A lot of detail to be heard and while vocals are deep and sound meaty on the X2 (important for Blues music like this) the stereo imaging wasn't doing the song justice. The Q701 provided my ears with superb detail and high frequency response. The guitar that strums on the left channel kisses the tips of my ear drums as each string is plucked while the Harmonica playing on the right channel gently fills in the missing pieces. On the X2 these instruments sounded muddied in (no pun intended) with the vocals.

Lana Del Rey – Video Games:
The low frequencies in the instruments here were more enjoyable on the X1 but sadly Lana's voice lacked the lively presence it has on the Q701. As she rolls off her "S" throughout the song I felt the X2 showed signs of sibilance whereas the Q701 was just far better presented with no distracting harshness in this area.

Pretty Lights - So Bright (Feat. Eligh):
Moving on to bassy music... The bassline as it kicks in and continues is to die for on the X2. It’s not boomy nor does it warp the midrange or vocals like other bassy cans tend to do but it’s so detailed and so deep that I had to skip back and reply segments over and over. The X2, like the X1 was made to be played with music like this. The Q701 bass port modded or not simply can’t match the bass detail the X2 has with this track.
On the other hand the soundstage and positioning is greater on the Q701 so while my ears are treated to electrifying bass on the X2 they are treated to intricate detail in the mids and highs on the Q701. If I was a listener who preferred deeper more detailed bass over intricate details and superb stereo positioning then the X2 would be my pick for sure. The buildup on this track before the bassline hits is more enjoyable on the Q701 but as soon as the bass ‘drops’ that’s it, the X2 takes over from there.

Outside of purely music listening I found the X2 to be on a similar level to the X1 for movies and gaming. Both X1 and X2 deal with movies with ease. Explosions sound cinematic with a rumble you feel inside your head rather than just within the earcup chamber. 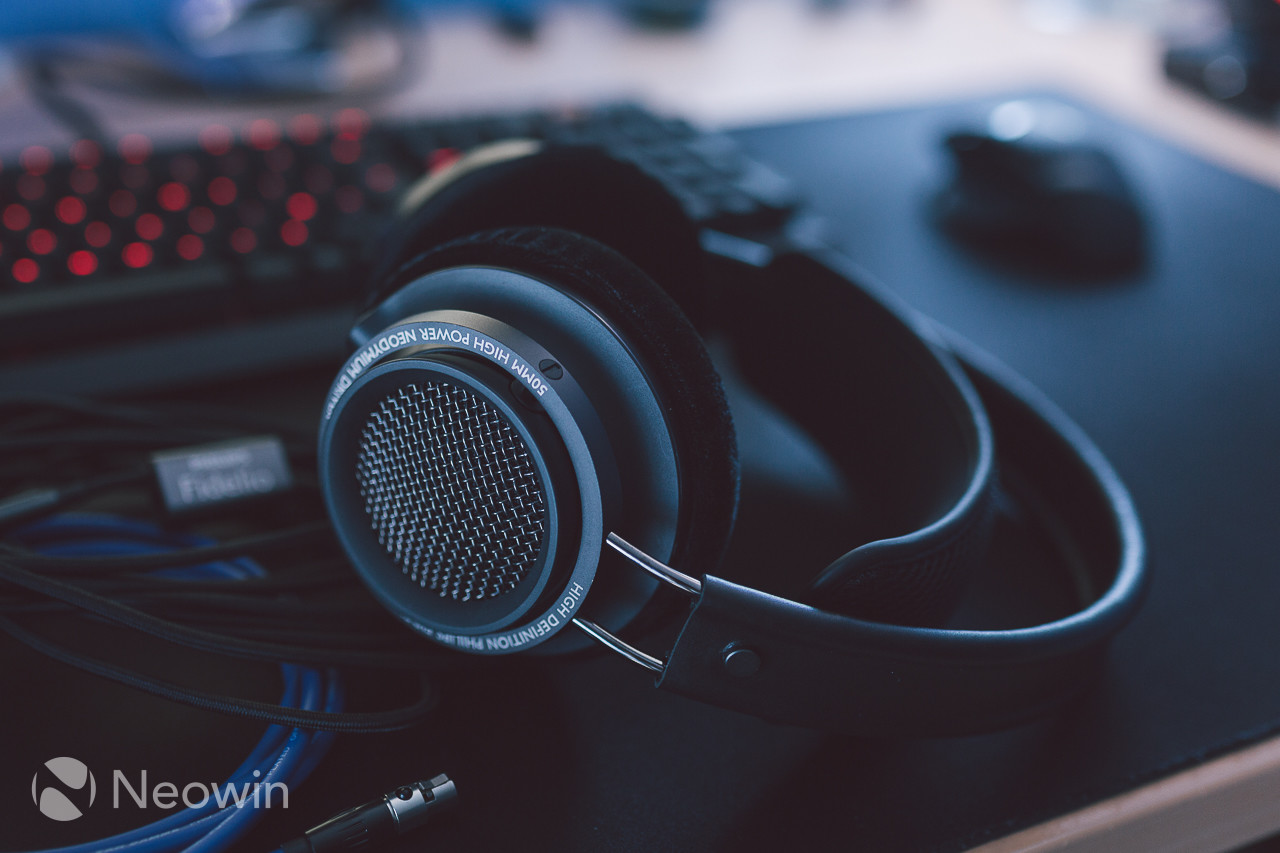 For gaming the Q701 remains the king. They're said to be the best in class for competitive gaming thanks to the stereo imaging they offer and I have no doubt about that claim as I found the Q701 to be the more enjoyable headphones for gaming use.

It's worth adding that the volume levels between Q701 and X2 were very similar on my equipment. The Q701 needs more dial volume than the X1 but the X2 gets the same loudness as the Q701 at the same volume level.

I had an idea of what to expect with the Fidelio X2 having previously owned the X1, both headphones output a smooth and fun sound. The X1 is slightly less refined though it makes up for that with slightly meatier bass. The sound output by both of them is very similar of course and naturally you'd expect that. The X1 proved very popular thanks to the sound so it would have been in Philips' best interest to not damage that winning formula. What the X2 does offer over the X1 is a more grown up sound. music has a slightly nicer feeling to it, it's still fun like the X1 but to me it sounded like it had matured a little bit.

Given the price of the AKG Q701 I feel that perhaps they are the better buy for the wide soundstage and intricate positioning of instruments regardless of the genre being played. The musical capability is very high with them as is value for money. Sure the Q701 plastic build quality could have been better but for me all is forgiven once music starts playing through them.

For movies and general multimedia I found the low bass extension of the Fidelio X1 and X2 to be perfectly fitting, they will be well suited to those who enjoy their sound with meaty but detailed bass with a recessed sound in the mid and high frequencies. Comparing the X2 against the likes of the Sennheiser HD598 I feel the X2 is the better headphone. The bass is tighter, teh soundstage was certainly wider and overall everything sounded that much more enjoyable whereas the 598 was more laid back.

Given the relative price difference between them all, my personal recommendation would be to see if readers can demo them first since everyone interprets sound differently. I think the Q701 offers better value for money. The X2 offers an improved sound over the X1 but is it better relative to the increased cost over the X1? I certainly wouldn't rush to upgrade the x1 for them, not immediately anyway. It would make better sense to wait until the price difference between the two evens out.

For the reasons mentioned above I am rating the Philips Fidelio X2 as Good. The latest model offers all the good things from the X1 with the addition of the issues being fixed. Sadly I don't feel those fixes warrant the big increase in price over the X1 but given time I'm sure the gap will get narrower.