Huawei's planning on fighting Samsung tooth and nail to take the South Korean company's claim to the throne of the smartphone market. It's already expected to overtake the maker of the Galaxy S phones in terms of yearly shipments in the next few years, and within just days of the latter's announcement of its first foldable device, the Chinese giant is also throwing its hat in the ring.

Leaked images of promotional materials for the company's upcoming 'Connecting The Future' event at MWC 2019 have now given us our first look at the design of the Chinese firm's foldable device. The images also divulge the name of the phone: Huawei Mate X. 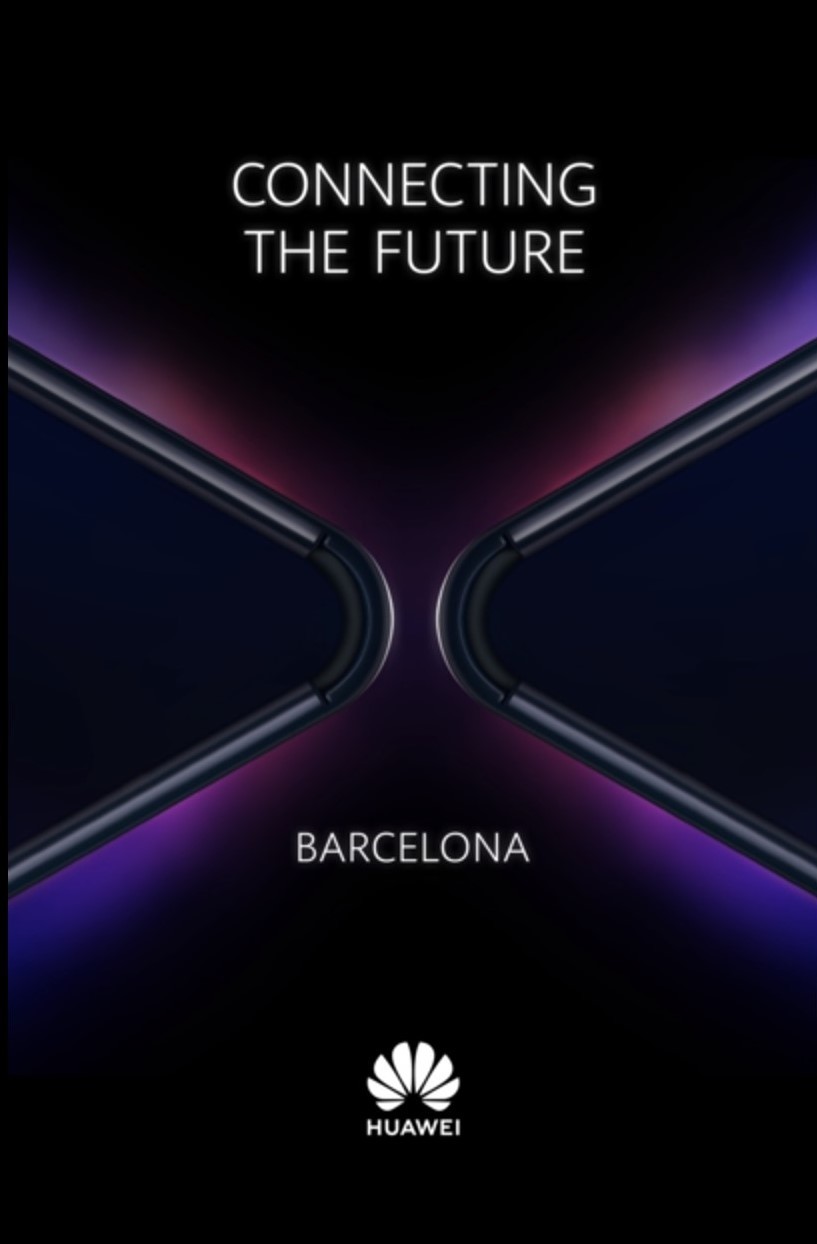 In hindsight, it seems the company had been rather cheeky with its promotional materials in the buildup to the launch. The outline of the two foldable phones in the image sent to media a few days ago clearly forms an X, a subtle reference to the phone's name.

Interestingly, Huawei's first attempt at a foldable device seems to differ from Samsung's. While it's not entirely obvious, the images suggest that unlike Samsung, which choose to incorporate two separate screens in its product - a larger, foldable display on the inside paired with a smaller one on the outside - the Huawei Mate X will have only one screen.

A promotional line also indicates the phone will support 5G at launch, with Huawei boasting it'll be the 'world's fastest foldable 5G phone'. The images don't reveal too much more about the phone, but we won't have to wait long for the company to talk about it officially, with only two days left before its February 24 launch.