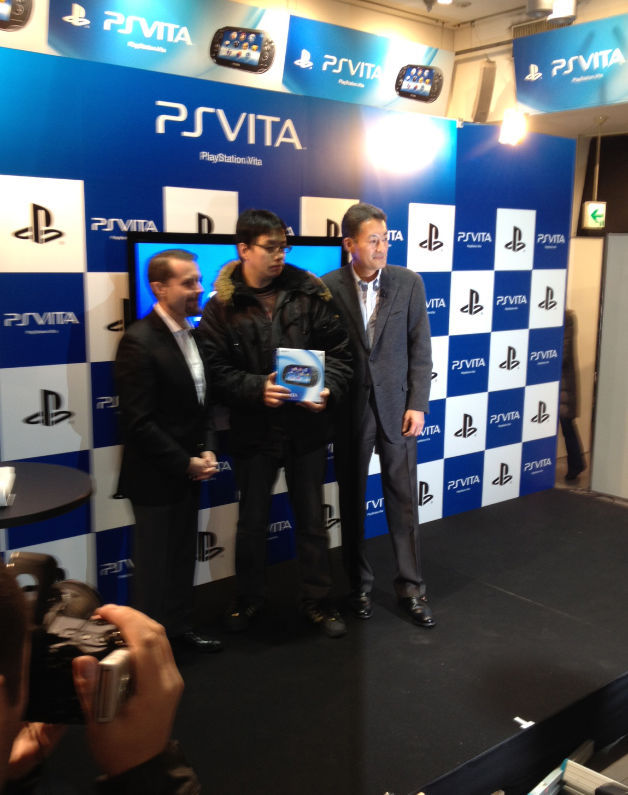 The PS Vita is now a reality, at least in Japan. Sony officially launched its second portable console earlier today in its native country.  Sony launched its first portable console, the PSP, back in 2004 and since then has released different versions of the PSP, including the PSP Go, before today's launch of the PS Vita. Andriasang reports that in Shibuya, Sony held a press event last night for the launch of the console with Sony Playstation executives Kaz Hirai and Andrew House attending and helping to sell the first PS Vita in Japan to a unknown resident.

Reports from other parts of Japan were mixed, with some store locations reporting long lines to buy the PS Vita while others not recording as much interest. Of course, with the growing use of online pre-orders to purchase consoles it's harder to determine exactly how many PS Vita units are in fact being sold. The console costs 24,900 yen in Japan ($319) for the WiFi only model while the WiFi/3G version costs 29,980 yen.

The PS Vita has some impressive hardware specs, including a quad-core processor, a 5 inch OLED capacitive touch screen with 960x544 resolution, and support for motion control via both a three-axis gyroscope and three-axis accelerometer. Games can be downloaded via the Playstation Network but games will also be sold via memory cards for retail stores.