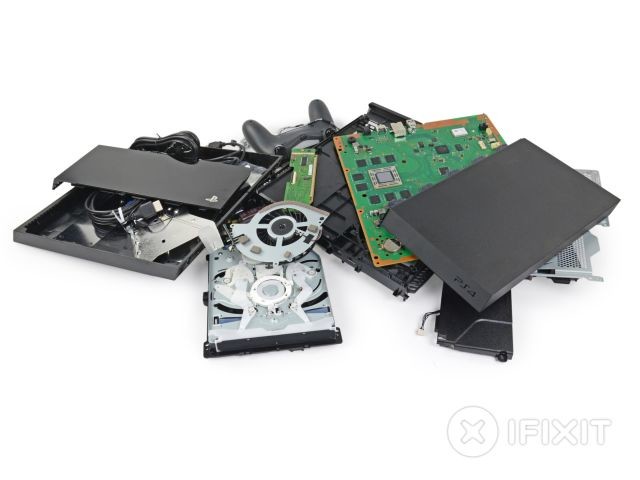 While some people were buying the PlayStation 4 this morning and others were shooting it with .50 cal rifles, the iFixit website decided to rush out a teardown article on Sony's latest game console. Their ultimate verdict is that the PS4 is one that is fairly easy to take apart and, if necessary, repair.

The article gives the PS4 an 8 out of 10 for repairability. On the plus side, there are no adhesives in the console that keep things together and the hard drive can be removed and replaced without voiding the PS4's warranty. However, the console does have security screws that could keep ordinary users from taking apart and repairing their PS4 and the fan inside the console requires a lot of the device to be disassembled beforehand just to clean it.

One thing the article did mention is that a few early PS4 owners have reported issues with their console units, and some have centered on the HDMI port. It seems a piece of metal in the port had removed some of the connecting "teeth" in the included HDMI cable. iFixit says that if your PS4 is experiencing similar problems, it could be because the HDMI port has been bent or damaged.