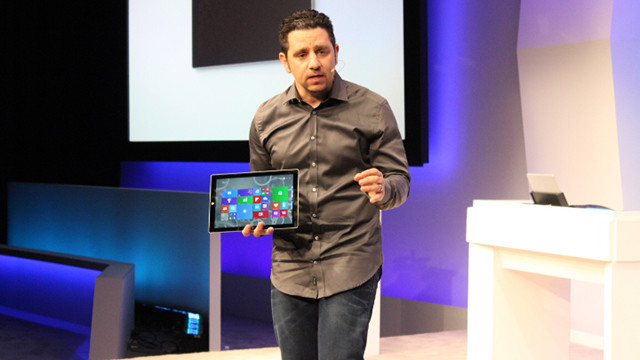 As promised last week, Microsoft's Surface team, including its leader Panos Panay, will be joining the masses on the Reddit website to participate in their latest AMA session. The festivities will begin at 1 pm Eastern time (6 pm GMT)

The AMA event follows Microsoft's announcement a week ago of the Surface Pro 3, their latest Windows 8.1 tablet with a big 12 inch display. The company has since started taking pre-orders for the five versions of the tablet, with shipments of the ones with the Intel Core i5 processor inside to begin on June 20th, and the rest to follow on August 31st.

Of course, Neowin has reported on the rumors that Microsoft was planning to reveal a smaller Surface mini tablet at that same event but those plans were reportedly canceled at the last minute. We don't expect Panay or the rest of the Surface team to talk about the Surface mini during today's AMA event but we will be on hand during the chat if anything interesting is revealed. Indeed, during the last Surface AMA on Reddit in September 2013, the team did officially announce that the Surface RT would be released with an LTE option.

Update: Panay and the rest of the Surface team have completed their Reddit AMA and unfortunately there wasn't anything major announced during the event. There were a few tidbits that were interesting, however: