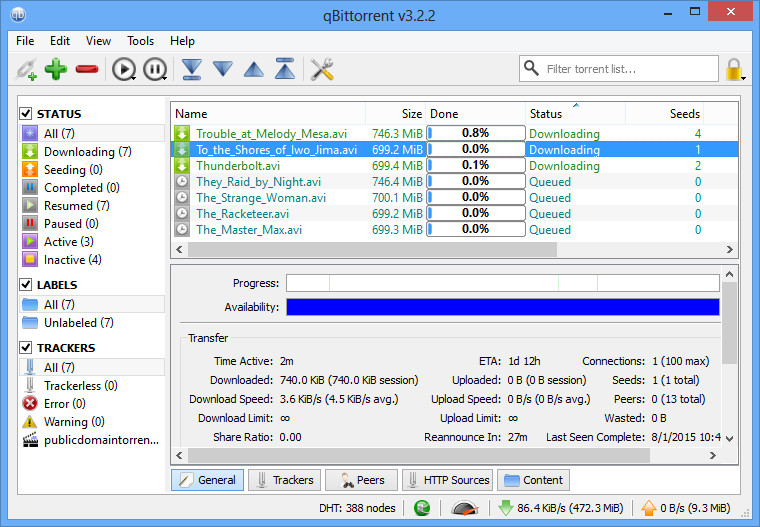 The qBittorrent project aims to provide a Free Software alternative to µtorrent. qBittorrent is an advanced and multi-platform BitTorrent client with a nice Qt4 user interface as well as a Web UI for remote control and an integrated search engine. qBittorrent aims to meet the needs of most users while using as little CPU and memory as possible. qBittorrent project needs help on Windows front: qBittorrent was downloaded 145 000 times last month on Sourceforge and almost 80 percent of those downloads are for Windows. qBittorrent is a truly Open Source project, and as such, anyone can and should contribute to it.

qBittorrent v3.3.11 was released. There are a few WebUI security fixes. This will be the last release in the v3.3.x series. Next release will have a new icon theme(at least) and will drop Qt4 support. Also Qt 5.7.1 seems to be the last release supporting Windows XP. It is unknown how long I am going to still support it.