Plextone's Quake gaming earbuds are one of the most popular projects in the technology section of Kickstarter, and were 100% funded within 24 hours. The total pledges currently stand at more than $57,000, almost nine times the amount the company initially hoped to raise.

Plextone claims these are the "world’s first vibration gaming earbuds with virtual 7.1 surround sound, and is touting their light weight and sound quality as reasons for why you should pledge your support. So, are they worth it? Find out below.

The Quake earbuds sport a typically gamer-centric design, with red, black, and silver accents galore. The cable itself is red, while the earbuds feature a mix of black and silver details. The back of the earbuds, while seemingly metallic due to its silver colour, seems to be a kind of plastic. It feels… cheap. The driver casing is made of black plastic, and I'd have preferred if they had gone with an all-black design instead of the faux metal silver they went for. 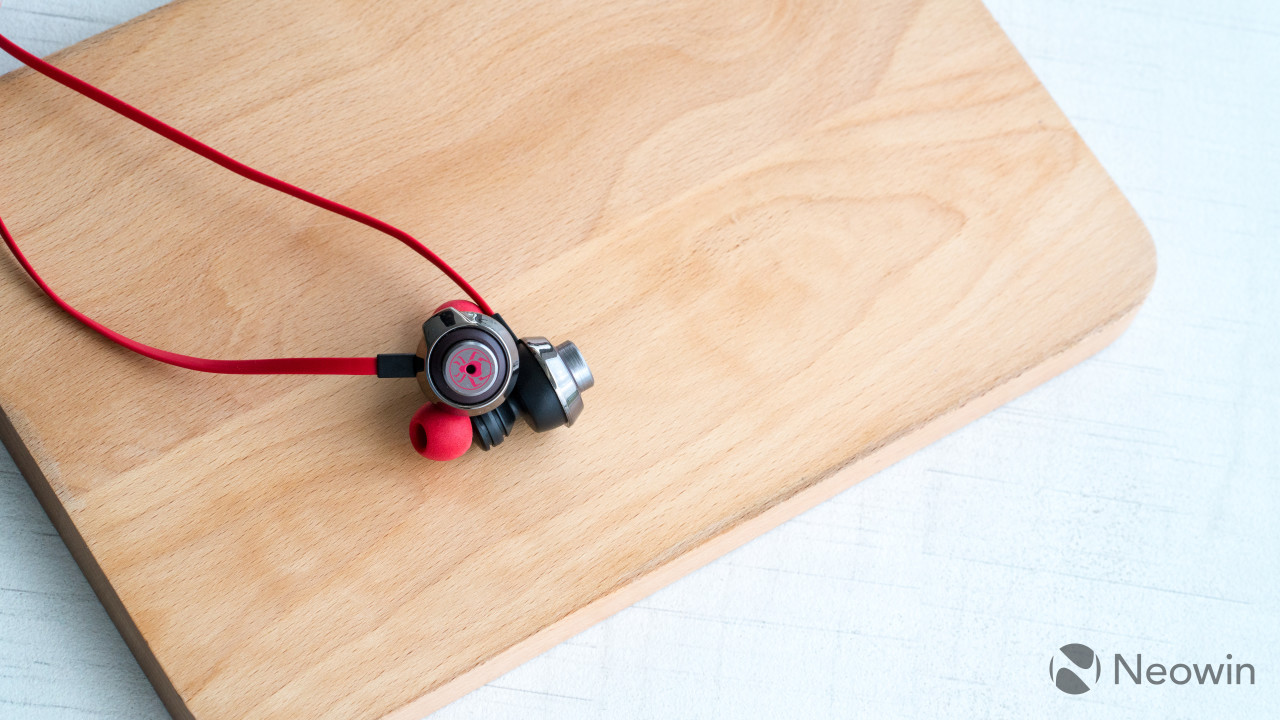 The spider-like imprint on the earphones comes off as a little too gamer-y to me and also just ugly in general. It's not even centred on the chassis, and feels like someone just slapped it on at the last minute with little regard for aesthetic or even the basic rules of alignment. I'd be embarrassed to have these popping out of my ears on the bus or the train and would have preferred a more simplistic design, honestly.

Coming off at the end of the earbuds are, of course, the ear tips. There are also these flaps on each earbud that are supposed to go into your ear and induce a snug fit with the inner curvature of your ear. I, however, found them to be quite an annoyance, as making sure they fit every time I used the earphones feels like a chore, and made quickly removing the earphones and putting them back on just a hassle. Thankfully, they are removable and I quickly availed myself of that option. For those who would prefer to keep them on, Plextone does include three different sizes to fit different ear sizes. 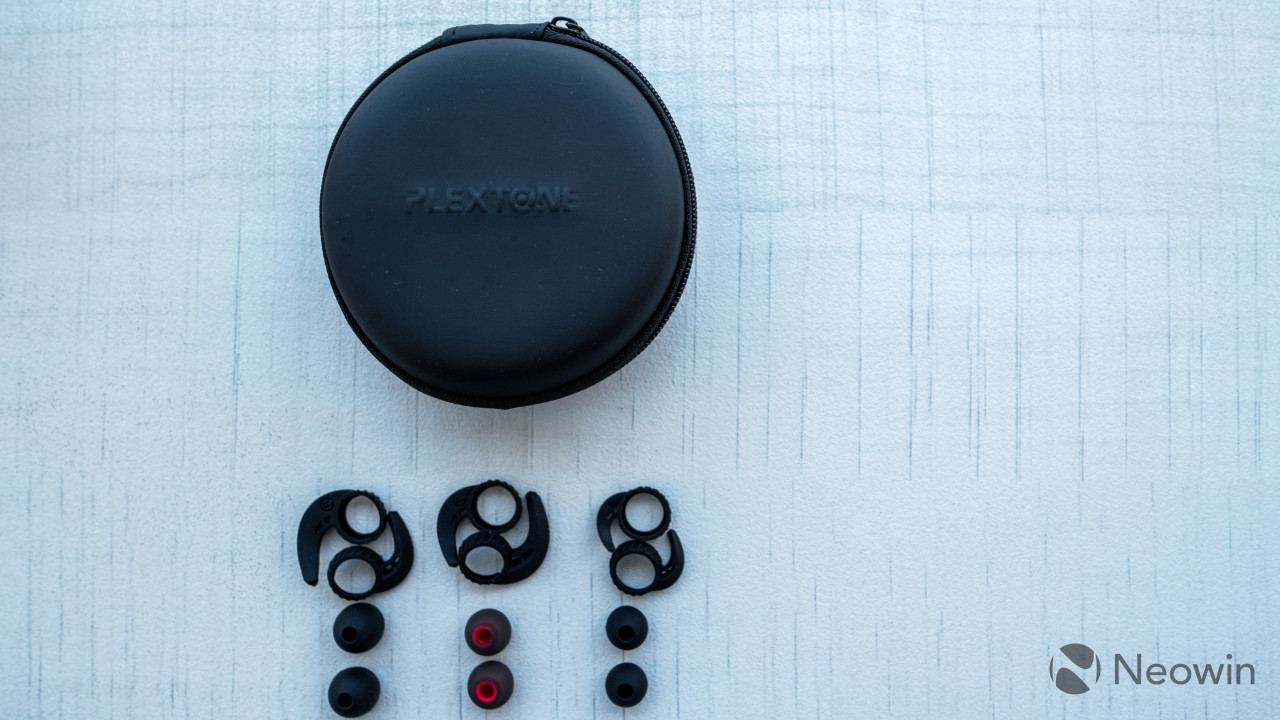 The ear tips themselves also include multiple options, with the default ear tips out of the box being made of silicon with a translucent black enclosure and a red accent in the middle. Also included are another two black-coloured silicon ear tips of different sizes and a pair of bold red foam ear tips. I quite liked the contrast of the red ear tips and the black chassis, and they were also the most comfortable to use for me so that was the pair I decided to go with. Either way, the company has made an effort to ensure you have a number of options to choose from in order to get the most comfortable fit for you.

Still, my ears did start feeling uncomfortable and painful after about 2-3 hours of use, even while I was using the smallest sized ear tips provided. Given that gaming is an activity that often stretches for hours, comfort is paramount, and my experience with the Quake earbuds has been far from optimal. 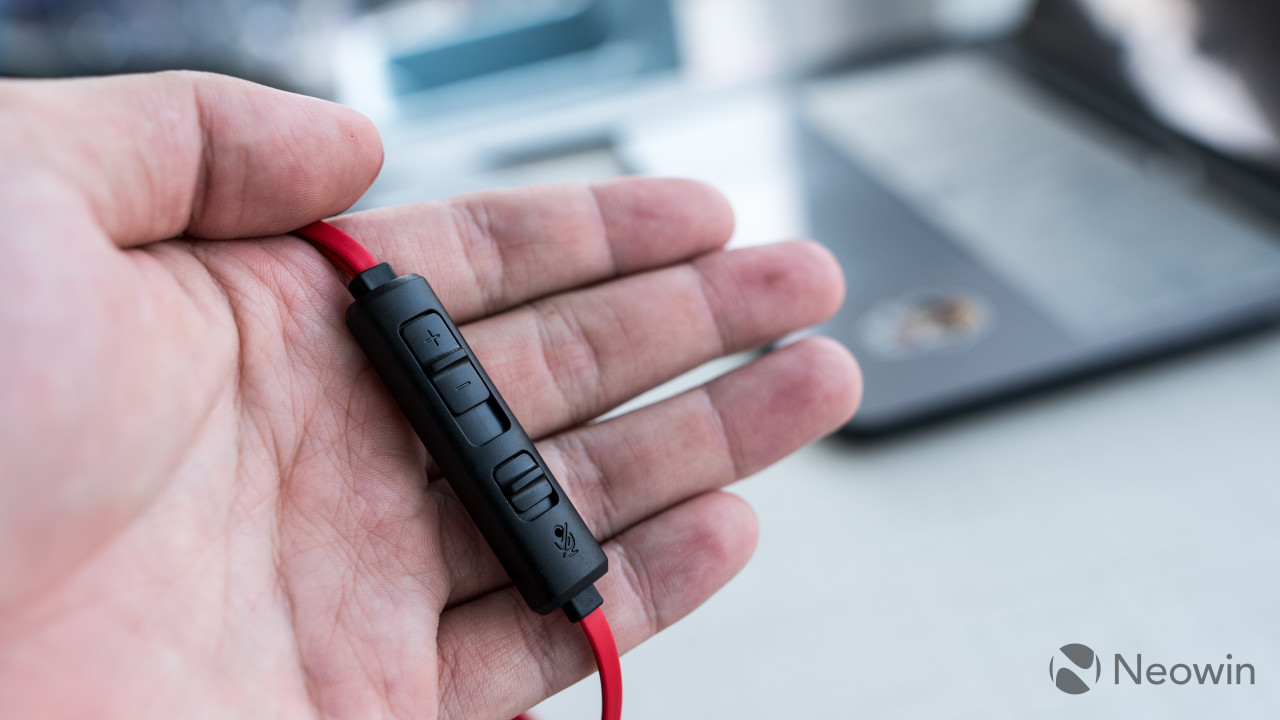 The included in-line microphone is housed within a black plastic enclosure which actually looks and feels quite good. Included on it are a slider for changing the volume, a switch for turning the microphone on and off, a cut-out for the microphone and, around back, there's a button for picking up calls.

On the left earbud, there is also a slot for a second removable, noise-cancelling microphone. The fact that it is removable is quite a boon, making the earphones far more portable; you don't want to be the weirdo with a mic sticking out of his ears on the bus.

Plextone includes all of these accessories in a pouch, which is perfect for storing all the ear tips you don't need. The removable mic is also flexible, and I found the pouch to be the perfect place to store it. There's even a netted compartment that you could use to store extra wiring or a USB drive, if you so prefer. 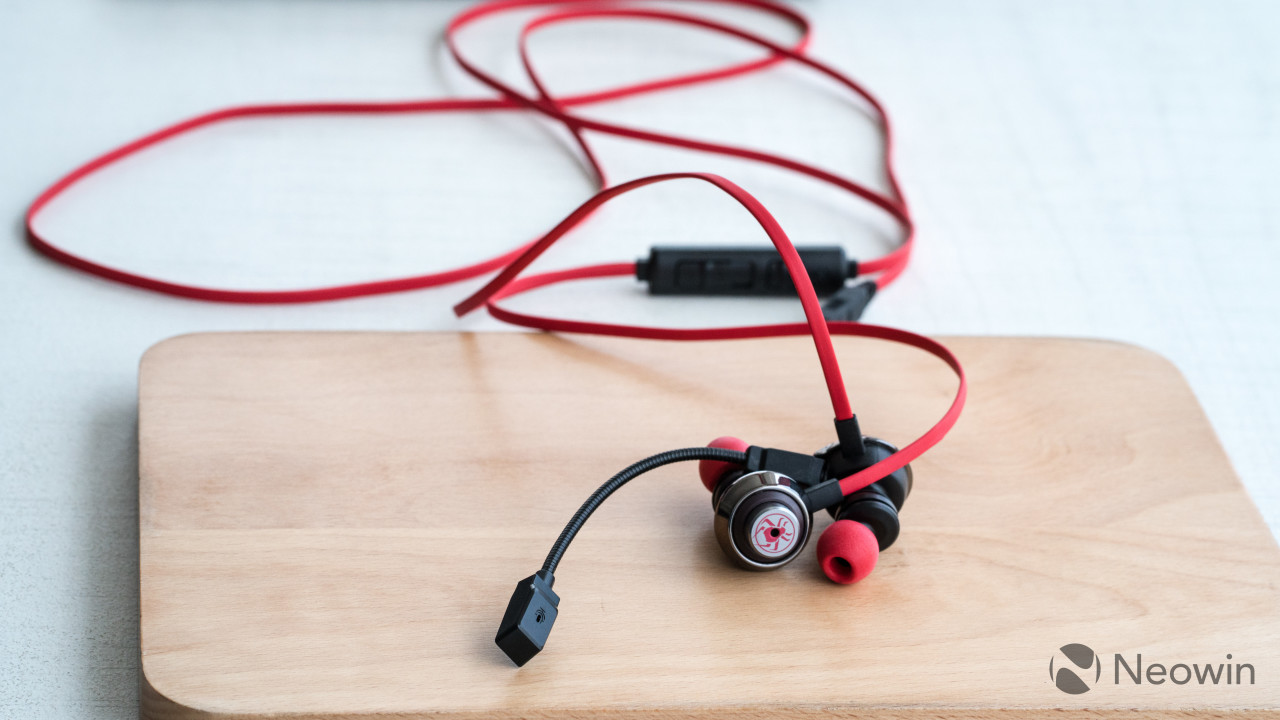 Overall, I found the design of the Quake earbuds to be passable, but nothing really stood out to me. I would have preferred a slightly more subdued design language, and the spider logo on the side just feels out of place.

If you buy the full package, and not just the earbuds alone, you'll also get the Quake Control Unit, basically a USB sound card adapter. The design of the sound card adapter is similarly functional, but nothing to write home about. It's made of plastic and does not really scream quality. Up top, there's a large knob to adjust the volume on the go. The chrome finish at the top and the jagged edges make it look rather good. When you turn it though, you don't get that smooth, consistent feeling, as it varies between regions of excessive friction and almost none. 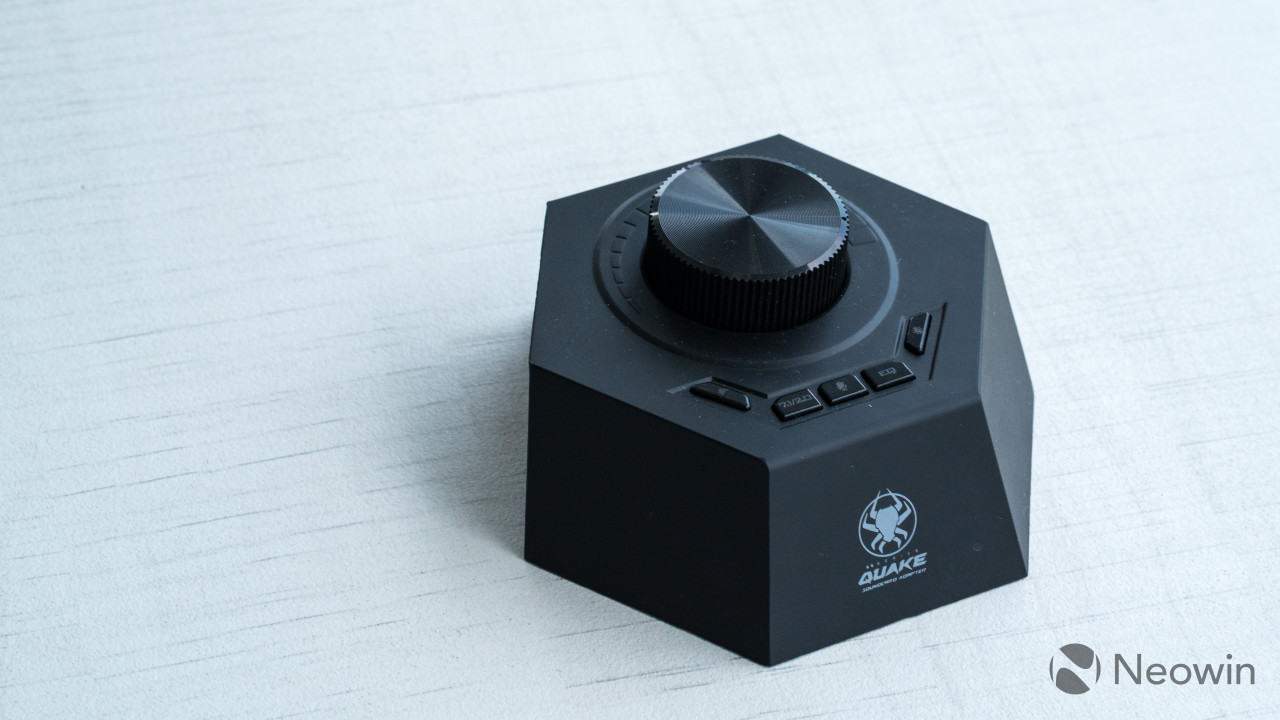 I feel the jagged edges of the volume control are the perfect analogy to the design of the product; there's a lot that could be much better if Plextone simply took the time to smooth out some of the edges.

Below the volume knob are five buttons laid out in a semi-hexagonal pattern. These are: a mute button, a key to switch between 7.1/2.0 sound channels, a microphone mute option, a footstep/gunshot enhancement key, and an LED key that seems to serve no discernible purpose beyond being an LED. 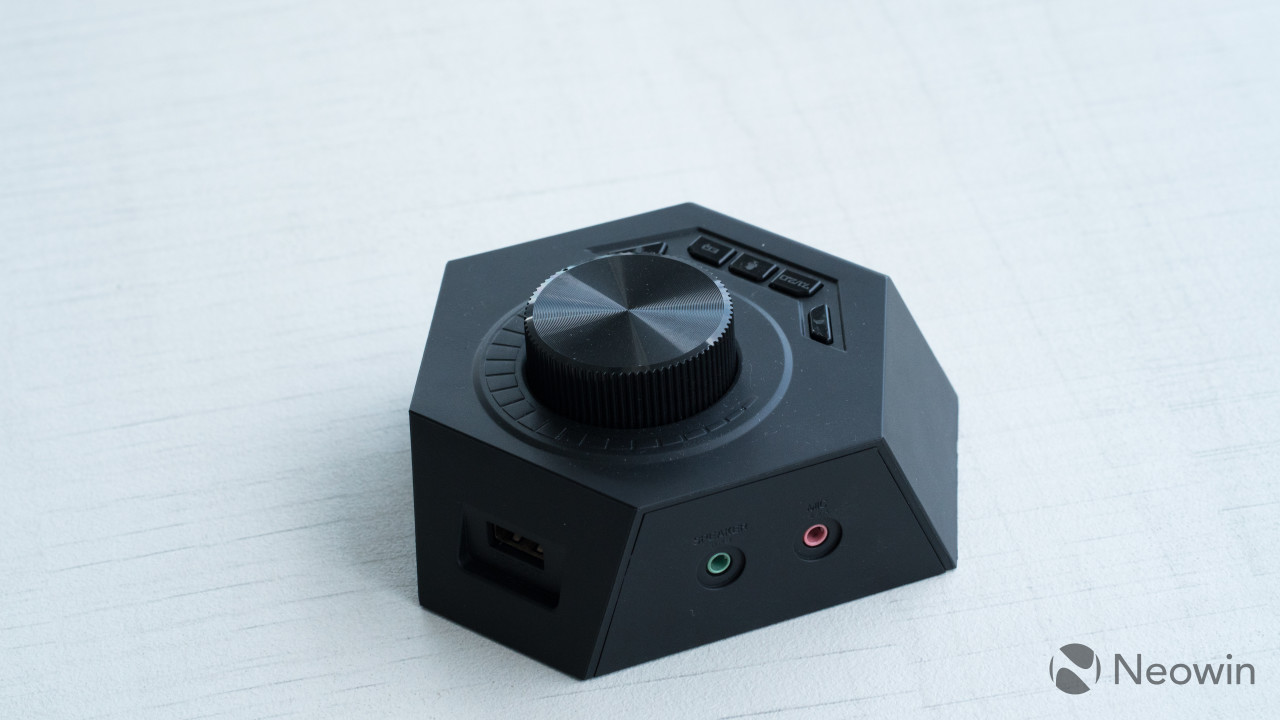 Around the back, there is a pair of USB ports (one for USB-IN and one for output to USB headphones) and two 3.5mm audio jacks for a speaker and microphone. Since the Quake earbuds themselves sport a single 3.5mm jack for compatibility with mobile devices, you will need to use a single female to dual male audio adapter which is thankfully included with the package. There's also a similar single female to single male audio adapter, though what purpose that serves I'm not sure. As I'll discuss in the next section, this setup did cause me some problems and was perhaps a little too cumbersome.

This is where the earbuds really start to flex some muscle. Inside the earbuds are 10mm vibration units that Plextone claims 'specialise in bringing out the bass effects of low-frequency sounds'. Now, I'm no audiophile but, from what I could tell, the sound quality from these earbuds is simply excellent.

It was loud, punchy, and just overall sounded good. I mostly used YouTube as my source for audio, so while the tracks I listened to may not have the highest of quality, they were representative of where most people tend to find their music. I tried various contemporary songs, some classical music, and a selection of Luciano Pavarotti's arias and they sounded just as powerful and moving as I'd expect. The 'Dragonborn' theme from Skyrim sounded and felt loud, powerful, and epic. Overall, I was pleased with the audio experience. 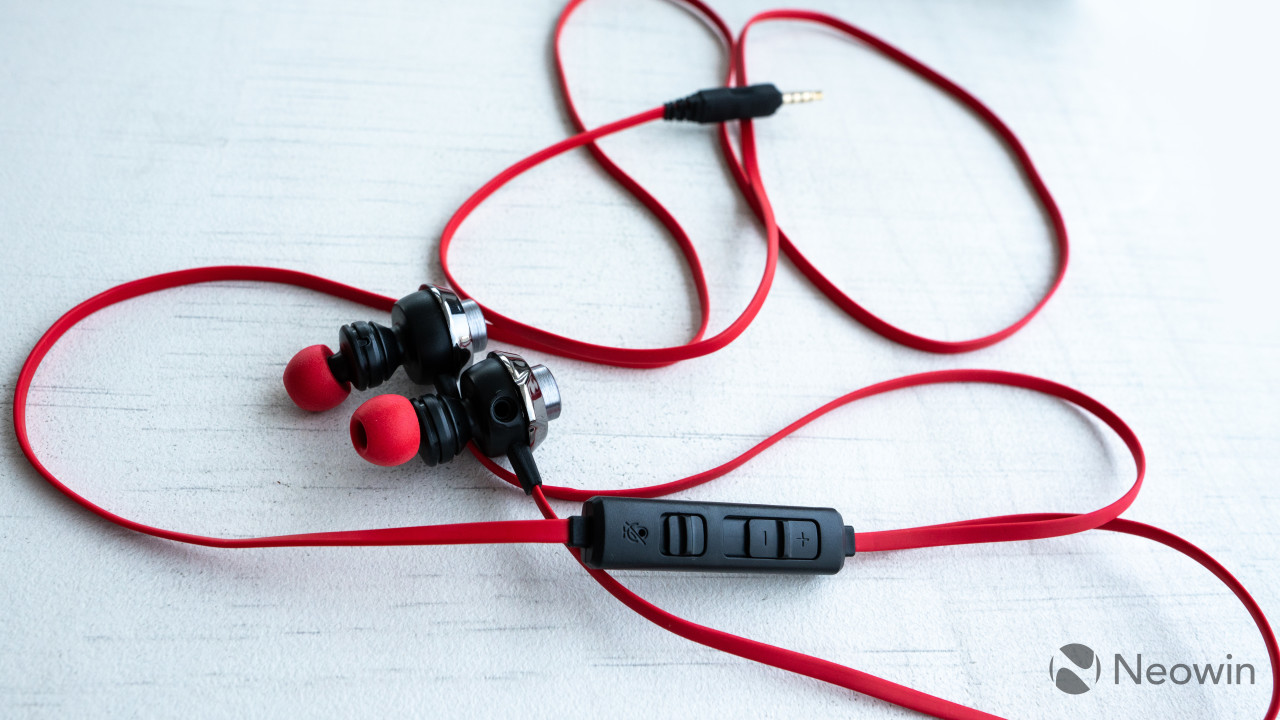 In synthetic tests, I was able to hear the headphones until around 30 Hz on the lower end, and up to the full 20,000 Hz limit of human hearing. Their ability to separate sounds between the two channels was also on point, and the couple of 7.1 surround sound tests I ran indicate the features works as advertised.

When it comes to gaming specifically, the inclusion of surround sound may give pro gamers that extra edge they need to identify the location of their opponents just a little bit faster. The gunshot and footstep enhancement options were, however, much harder to test given the general chaos present in the middle of a game of, say, Fortnite, and I can't say how much of a difference it actually made.

I'll leave further talk of bass, treble, and sibilance to people who are true audiophiles, but from my subjective experience with them, the Quake earbuds definitely pack a punch when it comes to sound quality. When they work. Unfortunately, I encountered a number of issues in my use of them. For one, the first time I plugged them into the sound adapter, one earbud sounded louder than the other. I soon realised the problem was the connection to the adapter and had to re-plug the audio jacks. 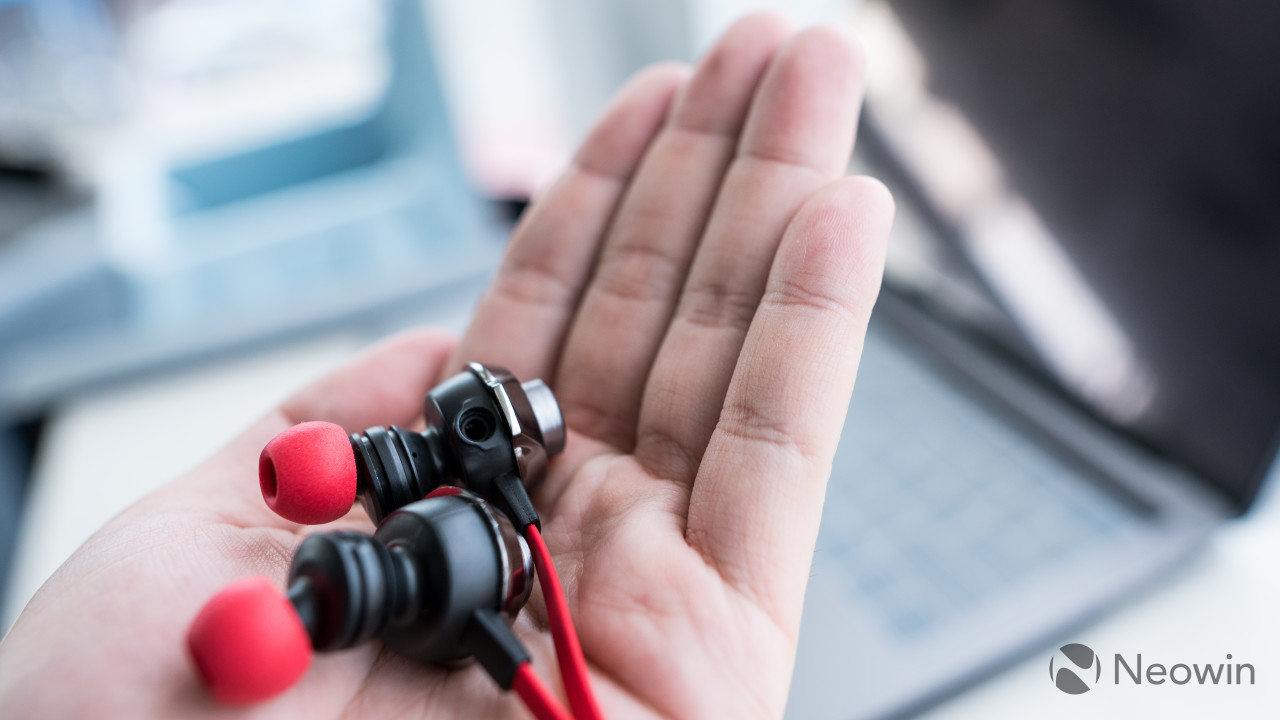 A day before publishing this review, I noticed various artefacts, hissing sounds, and cracking while testing with classical music. At first, I assumed perhaps the audio tracks on YouTube were simply of low quality, but the problem persisted across various tracks and directly plugging them into my PC seemed to solve the problem. After a bunch of troubleshooting, redoing the connections of the adapter cables multiple times and still not having a fix, I tried changing the USB port that the sound adapter was plugged into on my PC and redoing the USB connection on the adapter and that finally fixed the problem.

Now, these problems could be a one-off for me and may never occur for others. Given the fact that the adapter simply sits on my desk with little movement, and the number of times I suffered from connection issues or slight changes in audio quality as I moved the adapter or touched the cables the tiniest bit, I can't say that the setup inspires much confidence. There are four different connections that need to be made between the headphones and the PC which makes things cumbersome and ultimately also increases the chances of something going awry. The single to dual audio jack adapter could, I imagine, have been eliminated entirely and moved inside the sound card adapter itself, thus improving the reliability of the system.

The Quake earbuds are designed around gaming and the earphones' minimal 18g weight makes them far more comfortable for long use and less sweat-inducing than larger on-ear or over-the-ear headphones. Unfortunately, they aren't entirely comfortable either after a few hours of use. That is simply not ideal when the primary target of the product is a prolonged activity like gaming. 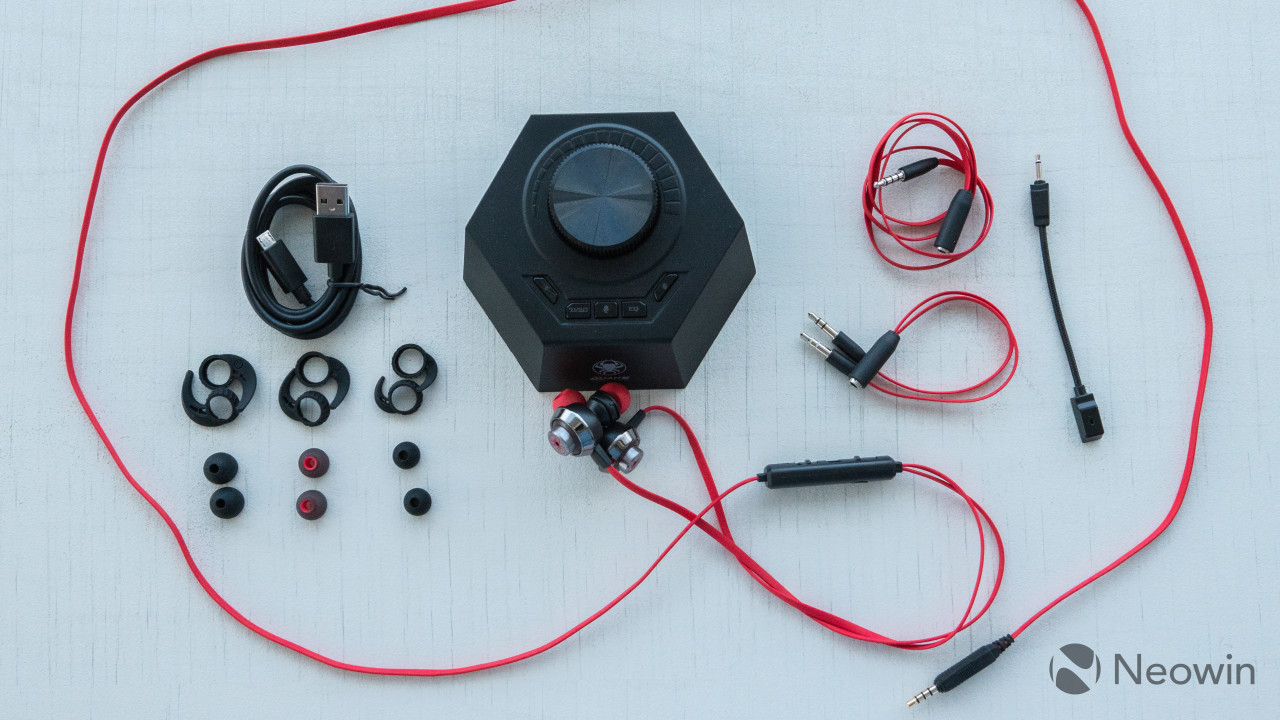 The 7.1 surround sound capabilities and the earbuds' general quality of sound is excellent. However, they also suffer from connection issues and a bevvy of quality issues, making it hard to recommend supporting the Kickstarter campaign.

The one thing Plextone does have going for it is pricing. Compared to, say, Razer's Hammerhead v2 Pro which also has 10mm drivers and retails for $69.99, you can get the Quake earbuds alone for just $45. Add the Quake Control Unit, and the price goes up to $79.99.

Still, I couldn't help but feel like this iteration of the earbuds could do with a lot of improvement in design and quality control, areas which I hope Plextone will make more of a focus in future products.

If you're interested in buying the Quake earbuds for yourself, you can go ahead and make a pledge on their Kickstarter page here.