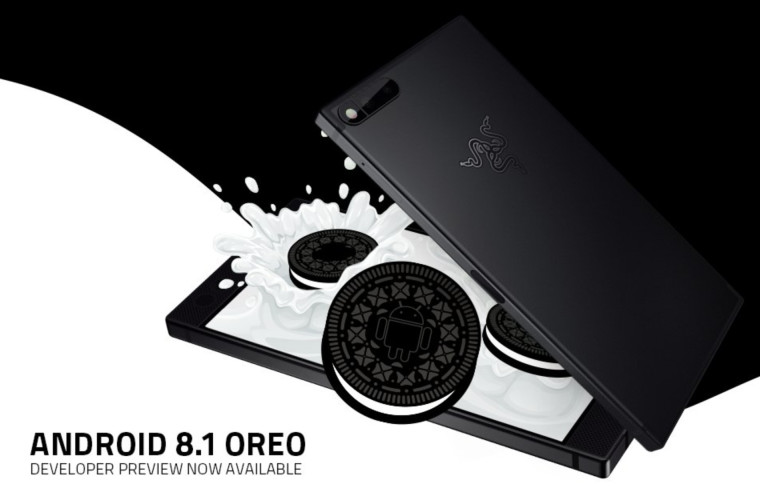 When it comes to the Android marketplace, there are plenty of handsets to choose from. The problem is that some of these devices don't get updated as frequently as others. Over the past couple of years, smaller firms have strived to be different from the bigger companies by offering better frequency of updates. Razer has announced that its phone, which is currently on Android 7.1.1, will be jumping to Android 8.1 Oreo and that the official update will be available for sometime in April.

Those that want to get a taste of the update can download the Developer Preview now. Despite its name, the update is open to anyone but does require some work to get it installed. Before you begin, be sure to have everything backed up and understand that even when the official 8.1 Oreo update does arrive, you won't receive it through an over-the-air update if on the Preview build.

If curious, check out the detailed flashing instructions from Razer and once comfortable with the process, you can start the download of the OS image. Again, be careful when flashing, as it can leave your device in a bad position if done incorrectly.