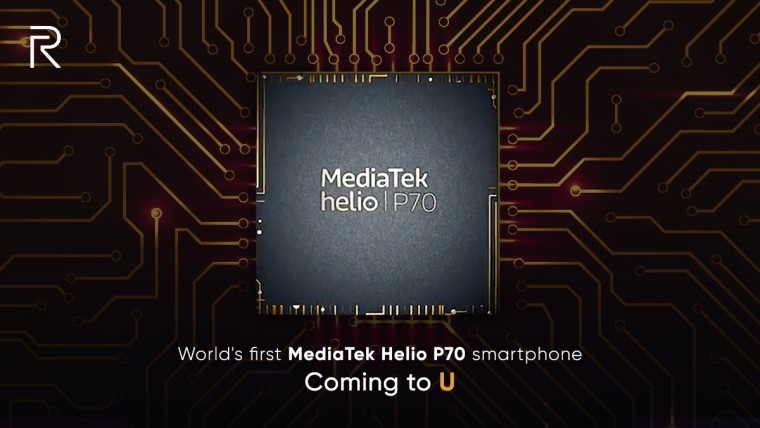 Soon after MediaTek unveiled its new Helio P70 chipset, Realme had announced via Twitter that the company will be the first to launch MediaTek Helio P70-powered smartphone globally.

Today, the company has officially announced that it will be launching a new smartphone under its upcoming U-series, which will be the first to be powered by MediaTek's Helio P70 processor. However, the company has not provided any more information regarding the upcoming handset, including its launch and pricing.

The U-series will be the third smartphone series from Realme after 'X' (where X stands for numbers) and the entry-level 'C' series. Recently, a report from 91Mobiles had claimed that the Realme's upcoming U-series will offer selfie-centric smartphones, targeted towards the selfie-obsessed audience in India.

The MediaTek P70 SoC is the successor of the MediaTek Helio P60 chipset which is aimed at mid-range devices. As per the company's claim, the Helio P70 delivers a 13 percent performance boost compared to its predecessor. The chipset is manufactured using a 12nm process and comes equipped with an AI Processing Unit (API) that handles AI-related tasks.

Realme, a sub-brand of Oppo, has managed to establish a strong presence in the Indian market with its aggressive pricing but the upcoming Helio P70-powered smartphone could be the costliest offering from the company yet.