A few months ago we reviewed the Amped Wireless R10000G wireless router and came away very impressed with its functionality, despite the fact that the user interface left a little to be desired. So when the company approached us about reviewing the newest addition to their product stack, the R20000G, we jumped at the chance to try it out.

The new device has a few upgrades compared to its predecessor. First, it’s a dual-band router, offering both 2.4GHz and 5GHz. It also has a USB port that can be used to share data across your network quickly and easily. The construction of the device feels a little better than the R10000G, but is still very similar. It supports all of the normal wireless standards: 802.11a/b/g/n.

Setup of the R20000G is pretty much the same as the previous model. Users hardwire a PC with DHCP to the router, enter a default URL to get to the setup screen, and answer a few questions to finish the configuration. After rebooting, the basic configuration is complete although there are many more features to play with.

Unfortunately it also still has the same process for upgrading the firmware – consisting of going to a website, determining if you need the latest version, downloading it to your connected computer, and then uploading it to the router. Even worse, just like the previous model, upgrading the firmware wipes out the configuration settings you’ve made – especially annoying if you don’t use the default address space. We were told this was a known bug that was going to be fixed in a later firmware, but that apparently is not the case.

Our testing area was the same as before, with the wireless router sitting in the basement towards the middle of the two story house. Using the 2.4GHz spectrum, we were able to get a very strong signal all the way in a remote office on the 2nd floor of the house – the Wi-Fi Analytics tool (downloadable from Google Play and produced by Amped Wireless to scan any model of wireless router) generally showed 80% which is right in line with that we saw on the R10000G. Going outside we had roughly the same experience as before - easily usable close to the house, but noticeably dropping off roughly 15' from the building. 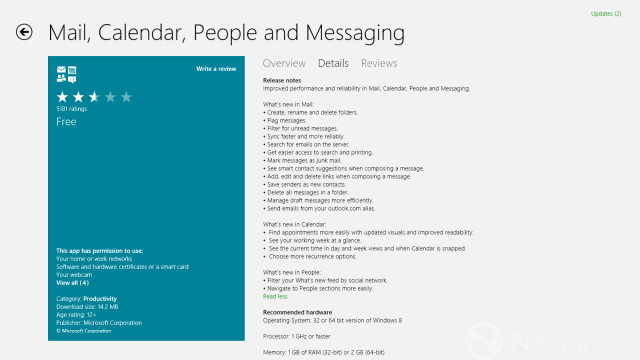 The 5.0GHz spectrum was another story. We found that the signal was severely degraded when we moved up to the first floor, let alone the second floor. The connection would frequently drop when we were in the office on the second floor, and while it seemed solid on the first floor, even then we were only seeing 60% on the Analytics tool. Performance was still pretty good, but if you’re buying this router for its coverage, you’ll have to stick with the 2.4GHz spectrum.

Sharing of files via the USB port was simple, albeit with few options and generally slow performance. A rudimentary FTP server is also included, but we feel there are easier ways to share files within your home. In addition, passwords for users are displayed in cleartext on the interface page which shows that security may not have been the number one factor they were looking at when developing this feature. 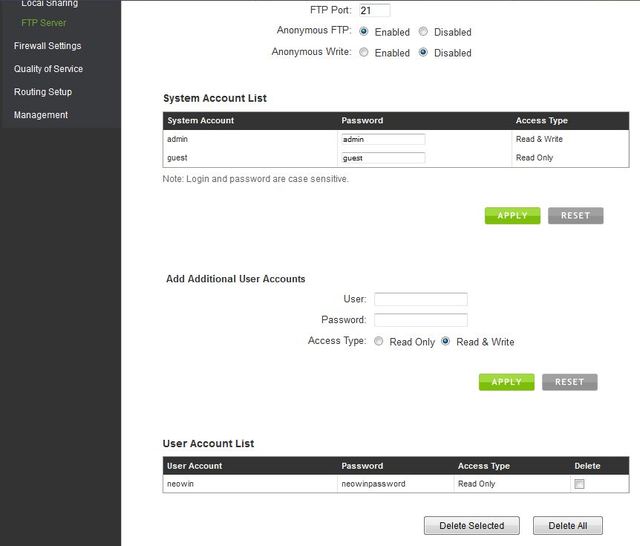 We also ran into a firmware bug on the router that could impact many advanced users. Port forwarding, which works fine from outside the network, is buggy from within your home network. If you have a web server, for example, and try to access it via the Internet address instead of the local NAT address, your request simply hangs. We reached out to Amped Wireless and they provided the following response:

This is something that is already in our bug queue to be solved. The issue is when you are trying to access the web server while you are still on your local network. If you try to access the web server from an outside network (say a hotspot) you can access it fine, however while at home, on the same network, it is hit and miss (using the WAN IP for the web server). We should have this solved within 2-3 weeks. Sorry for the inconvenience.

Finally, we asked Amped Wireless whether they were still considering adding DD-WRT support to their routers. While it's something they're still investigating, it doesn't sound like it'll be happening in the near future.

As for DD WRT we do not allow 3rd party firmware loaded onto our platforms for safety reasons. We use high power amplifiers that are finely tuned for optimal performance and heat dissipation so any tweaking from 3rd party software may throw this off and sometimes cause the chips to burn out. To avoid this, we only allow our own software/firmware. The door hasn’t been shut, it's just at this time we have not figured out how to include it without risk to the customer causing damage to their own product.

So should you buy this router? There’s no question that it does a great job covering a large area and if you need the 5.0 GHz spectrum on top of that, then it’s probably worth the price. However, when compared to the R10000G, this device is pretty much the same at the 2.4GHz spectrum and costs an extra $35. Since the interface and most features are the same between products, we’d still highly recommend the R10000G in any installation that doesn't require the 5GHz spectrum.