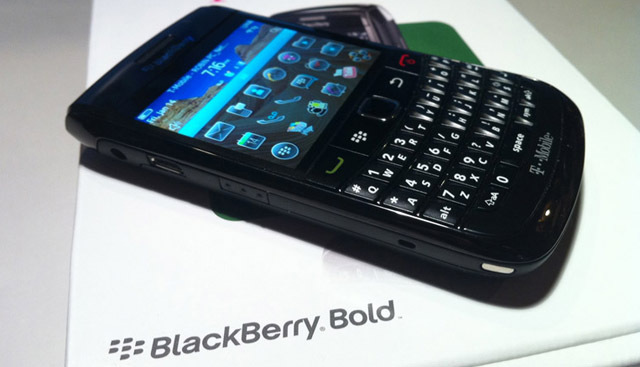 Neowin got the chance to look at the BlackBerry Bold 9780, an update from the Bold 9700. There is a couple of slight differences between the Bold 9700 and the Bold 9780.

Although there is some slight differences between the Bold 9700 and 9780, there is a significant difference in load times and a much improved camera. The updated software brings a fresh feel to the Bold, including a better multimedia player. The 5MP camera really does help, compared to the 2MP camera in the 9000 and 3.2MP camera in the 9700. This BlackBerry Bold update seems more targeted towards the mobile media experience.

Having the opportunity to try the BlackBerry Torch 9800 a few months back, this Bold does stack up, if you're on a budget. Unfortunately, there isn't a touchscreen on the Bold 9780, but that doesn't prevent you from using the device.

Now I've said this before in the Torch review, but BlackBerry needs an overhaul on their app store. The confusing navigation and GUI is far from pretty. Developers might create more applications for the struggling market place if they completely overhauled it. I personally felt put off by the app store, because of the UI and navigation.

The Bold 9780 has a built-in GPS and navigation application. This helpful application came in handy a few times during our Las Vegas trip. Compared to the iPhone 4 GPS, the Bold 9780 was on par with accuracy, but lacked in features for its map application.

Last week, while Neowin was at CES 2011, I got the chance to put the Bold 9780 through its paces, and was surprised by the outcome. Trying to connect to the Internet or send/receive text messages and phone calls is a complete mess during CES, but the BlackBerry on T-Mobile pulled through, offering quick load times, while others were struggling to connect to an EDGE network.

I couldn't get an accurate speed test on the phone, but browsing the Internet was a breeze. The BlackBerry OS 6.0 web browser comes with tabs, a helpful feature for opening multiple pages, a feature the device had absolutely no problems performing. 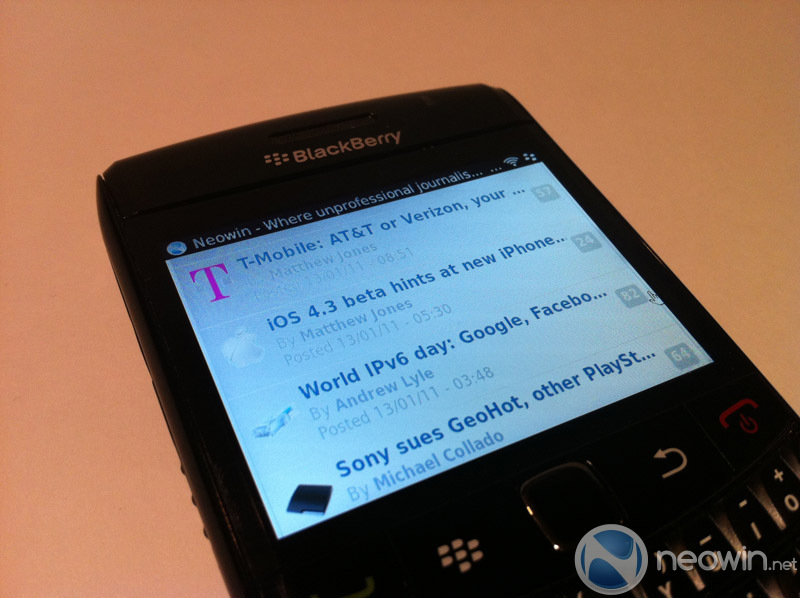 BlackBerry Messenger, a massive feature that keeps people on the brand, is no different on the Bold. Send and receive instant messages to your friends anywhere you are, having instant conversations with each other. Having a number of friends who use BlackBerry, this feature is enough to make just about anyone switch.

If you're on a budget and have a number of friends with BlackBerry's, you may be interested in the Bold 9780. However, if you're not on a budget, I still consider checking out the BlackBerry Torch 9800. The Bold is still a solid phone to use. My only issue with BlackBerry is the app store. The lack-of applications and UI puts me off from wanting to download anything, the reason I've stuck with the iPhone for so long for.