Today at Neowin I have the Samsung line of microSDHC cards that claim to be tough against water, shocks and magnets while still providing 8 GB of space at Class 4 speeds. I was told before getting them that they were supposedly indestructible, so I’ll be putting that to the test later through a video, which will be lots of fun. 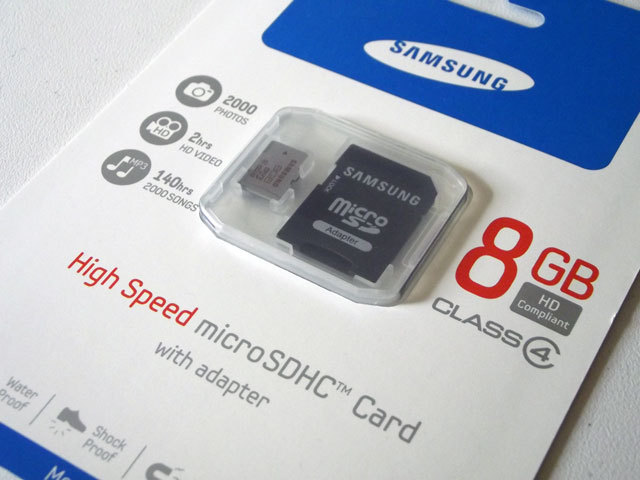 The samples I received came straight from UK retailer Memory Card Zoo, so many thanks to them for shipping out these tough microSD cards that I could subsequently destroy. Inside the package you get a silver/cream-colored memory card, along with a microSD-to-SD card adapter, which isn’t as tough as the actual microSD card.

At first look the card appears to be metal-cased, but after a closer inspection it looks like it’s just made out of a tougher and coarser plastic than your regular microSD card. There isn’t much else exciting about the look of the card as all microSD cards look exactly the same. Before I get to the fun destroying bit I’ll mention briefly about the speeds of the card.

For a Class 4 microSD card the expected write speeds were at least 4 MB/s, and as the card is high-speed SDHC I was also expecting some fantastic read speeds as well. This is pretty much what I got when I put it to the test.

Below there is a performance chart of the “indestructible” card against that of other cards I could find lying around and several USB flash drives as well. 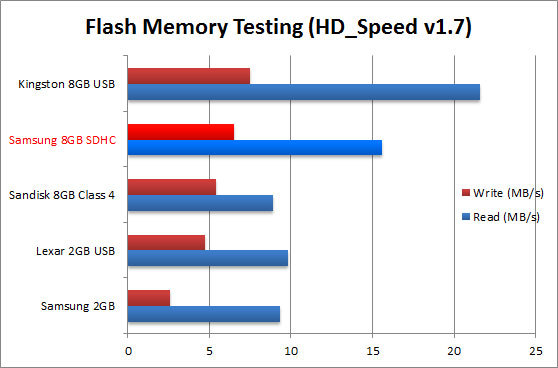 I found a handy utility called HD_Speed to test out the read/write performance of the cards and it gave some good results. The Samsung 8 GB Class 4 card came up strong against the Sandisk 8 GB (non-SDHC) Class 4, giving the better average write speed of 6.5 MB/s. It also gave the best read speeds of the three microSDs I tested with 15.6 MB/s – falling just short of the 21.6 MB/s I achieved with my Kingston 8GB USB flash drive.

Performance, however, is not the exciting thing about this review. It’s all about how strong the card really is, and that’s what is below.

Still, I had a lot of fun putting the card to the test against our user suggestions. Check out the video of the destruction below.

It was unfortunate that the card was put to death mid-way through, but that didn’t stop me abusing it to the point that it was left in an incredible mess at the end. Of course the card isn’t indestructible, there was no way that it would have withstood some of the tests I put it against; but for everyday usage the Samsung card is better at preventing grime and water due to a special type of plastic covering on the card. 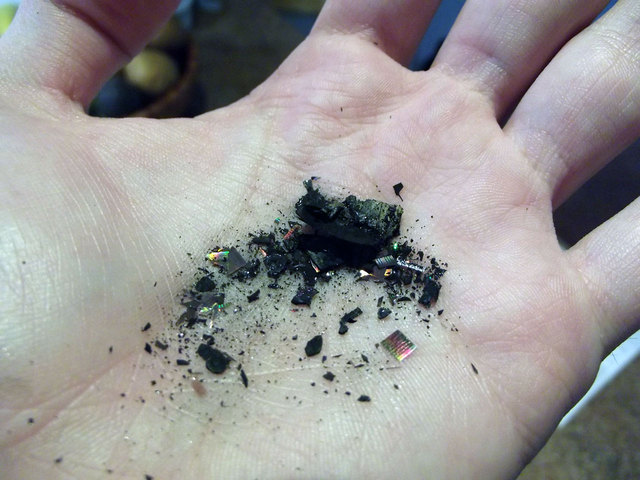 If you keep your microSD safe inside your phone, camera, card reader or whatever you put it in, it should definitely be safe – but then again so should a regular card. The only advantage to this card is if you drop it in mud or grime and want to wash it without fearing that you will completely destroy it, or if you feel like subjecting it to a moderate amount of heat. Just make sure you dry it well/let it cool down before putting it back into an electrical device.

Is it indestructible? Certainly not, as you can see above by the shattered remains of what used to be a microSD card. However for a microSD card, the amount of protection that this Samsung one gives is better than standard and perfectly acceptable for any real-world situations. Grilling a microSD is certainly not a real world situation. 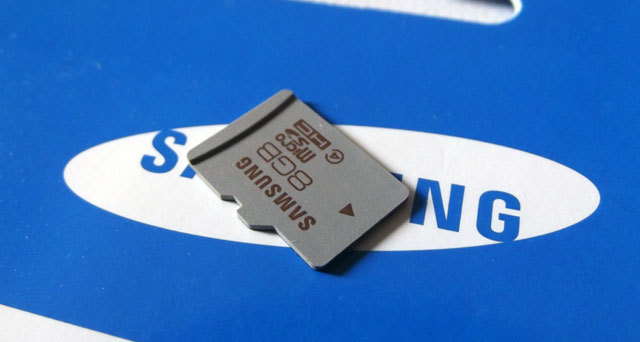 Also, for only £10 the card is pretty much on par with other similar cards out there, so there is essentially no disadvantage to buying this card at all. It has good performance considering it is only a Class 4 and it is also available in 2GB and 4GB denominations for those looking for a cheaper option.

The microSD cards we used are no longer available for sale, as they have been replaced by the faster Class 6 variants for the same price. You can browse the full range of Memory Card Zoo's microSD cards here (with free shipping)

Thanks to the guys at Memory Card Zoo, I have a second one of these cards available to give away to one lucky Neowin reader. Simply post a comment below and tweet, like or +1 this post and you’re in the running to win. Each user can enter the competition once, and anyone in the world is eligible.

This giveaway will close at 00:00 GMT (midnight London time) on September 18. The winner, selected at random, will receive a one (1) Samsung 8GB Class 4 microSD card – provided they respond to the PM sent to them in the forum within 24 hours. Good luck to everyone!

Update: The competiton has closed, thanks to all the entrants. The winner, selected and random, was +Rudy who I have contacted through a PM in the forums. If he doesn't respond in 24 hours then there will be a redraw, but thanks again to everyone who participated and read the review as well.