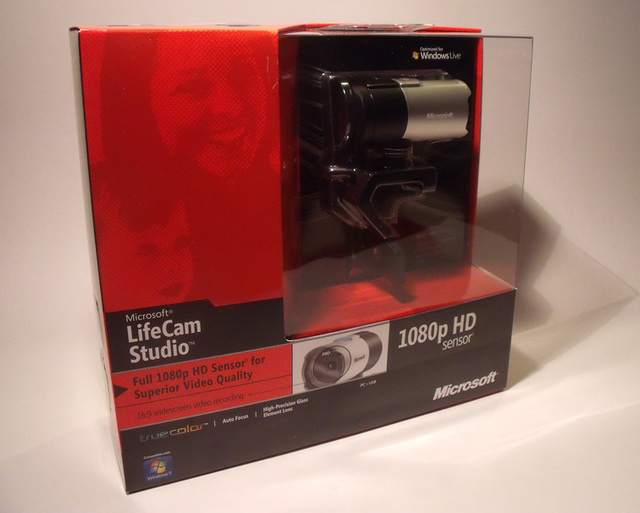 Neowin got a chance to play with Microsoft's LifeCam Studio, the company's first 1080p capable LifeCam. This little camera comes loaded with a ton of features including a 1080p sensor, auto focus and also TrueColor & ClearFrame technology which results in smooth video recording.

Hardware:
This LifeCam may look small, but it packs a mean punch right out of the box. The tiny camera sits on-top of a flexible base, so you can clamp it to any monitor, any surface, just about anywhere the USB 2.0 interface cable can reach. The base also has a tripod mount, in case you wanted to set up the camera with a laptop or netbook and use it for filming HD videos.

The camera has a 360 degree swivel and a pivoting head, allowing you to focus the camera in any direction. The LifeCam Studio also comes with a Windows Live Call button for a quick and easy way to begin video calling. Just behind the call button is a high fidelity microphone, which actually does a very good job capturing voice.

Software:
The LifeCam Studio comes with the LifeCam software, including all the standard masks and effects you can apply to your cameras stream, or adding characters. Just like all webcam software, it has trouble detecting the depth of your face, making some overlays a little rocky. However, this can easily be corrected with perfect positioning of the camera and looking directly at the webcam.

The visual effects are actually greatly improved over other LifeCam products, such as the XV-1000. The animations appear to be upgraded in this version, offering a higher quality image overlay for effects.

High Definition Video:
One of the more exciting features of this webcam is that the camera does support 1080p high definition video, but disappointingly the software does not. You actually need to purchase third-party software that supports 1080p recording, because LifeCam software only supports 720p.

When using the LifeCam software 720p recording works well. It captures both video and audio clearly and saves it fairly quickly too, a big plus with this software compared to others. You can instantly watch a playback of the video in supported software, such as Windows Media Player 12. 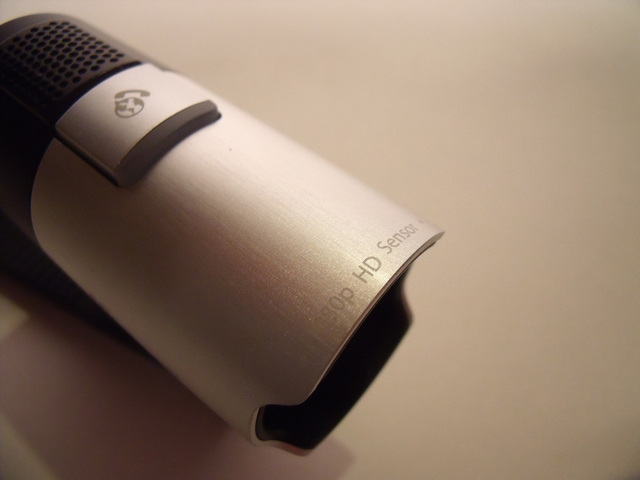 Camera:
I was surprised to see a little webcam pack an 8MP (3840 x 2160) sensor. The still camera supports 1920 x 1080 HD photos, just in case you ever wanted to see yourself in 1080p. The wide screen (16:9) lens adds a really nice touch to the camera, being able to group chat with a couple of friends beside you, not to mention the still photos also share this aspect ratio. 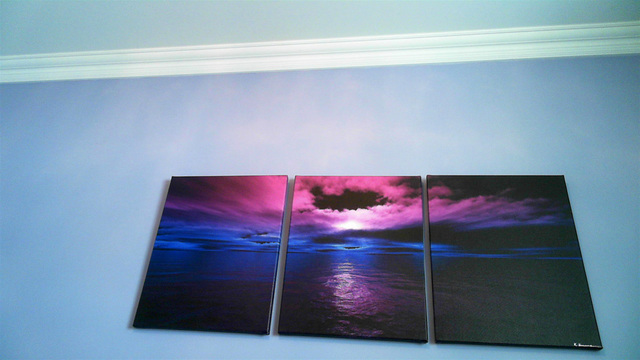 Price and Availability:
Pricing starts at $99.99 USD / $129.99 CDN and is exclusive to BestBuy. LifeCam Studio is available now in the United States, and early next month in Canada.

Likes / Dislikes:
After playing with the webcam, I noticed a couple of things I really liked and disliked about it. First off, the camera quality is so clear and has a great overall look, however, I really wish the software came with built-in 1080p recording support. I may never ever use it, but it would be nice to have.

The auto-focus on the camera is also a great feature for this device, keeping the area of focus really clear and crisp. You can stick objects an inch away from the lens and still have it in focus.

The camera hardware is also really nicely built. The hardware feels and looks great and the flexible base allows me to attach it to just about anywhere. The 8MP and 1080p recording capabilities are really nice; I just wish there was some sort of attachment that made this mobile for taking outside.