In its quest to penetrate the low and mid range smartphone market, Oukitel recently launched the K4000 Pro smartphone which improves upon the K4000 in some areas while still keeping a low price. Let's find out if these changes make the device any better or does it still suffer from the same issues as the regular version.

With the K4000 Pro, the Chinese OEM has once again packed all the standard specs seen on most devices coming out of the country, in addition to the monstrous 4600 mAh battery that the company claims lasts six days. 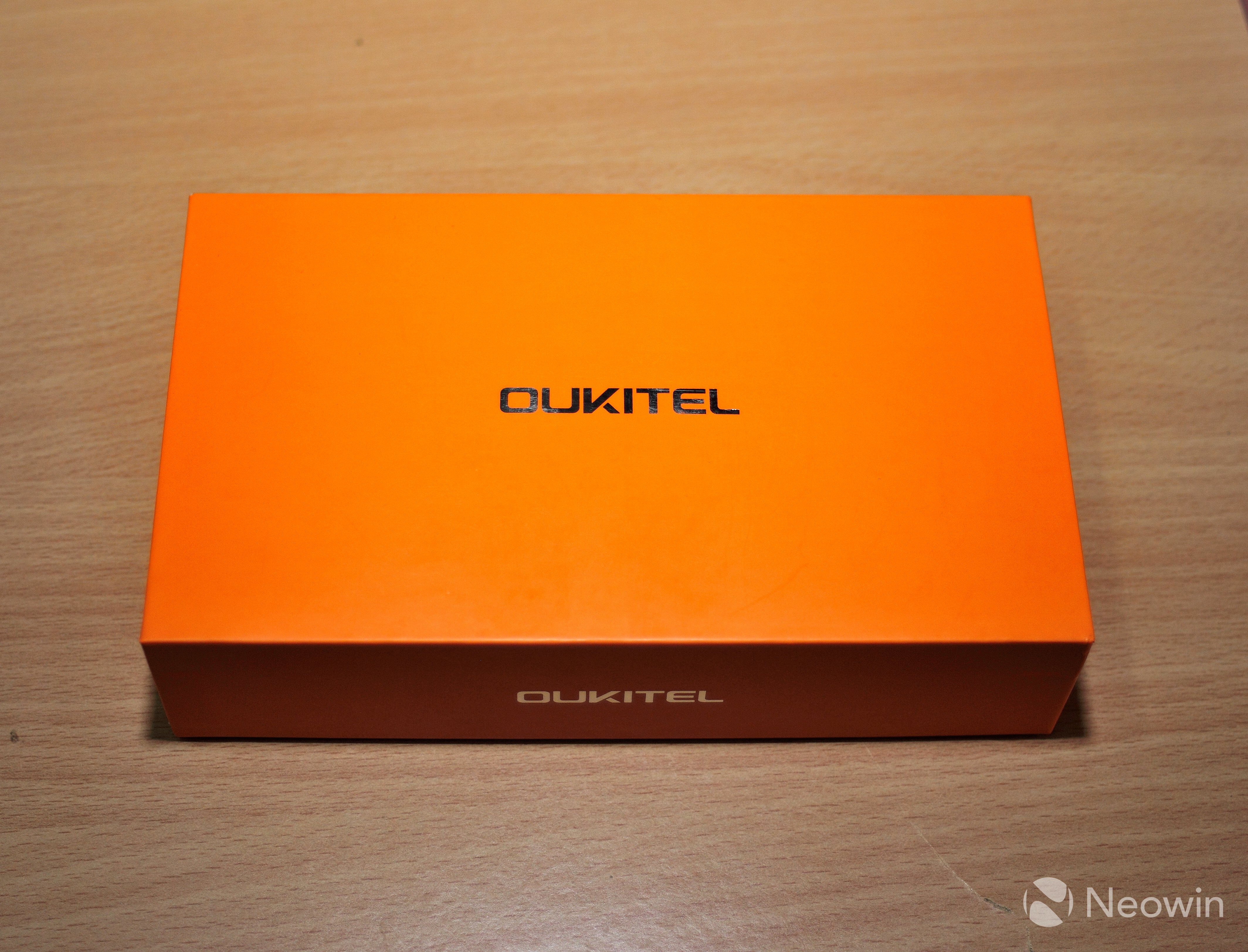 Oukitel has provided a bare minimum set of accessories with the device, which includes a charger with a detachable micro USB cable, a transparent protective cover and a manual to get things started. Most devices in this price range do not come with a pair of headsets so their exclusion shouldn't come as a surprise. 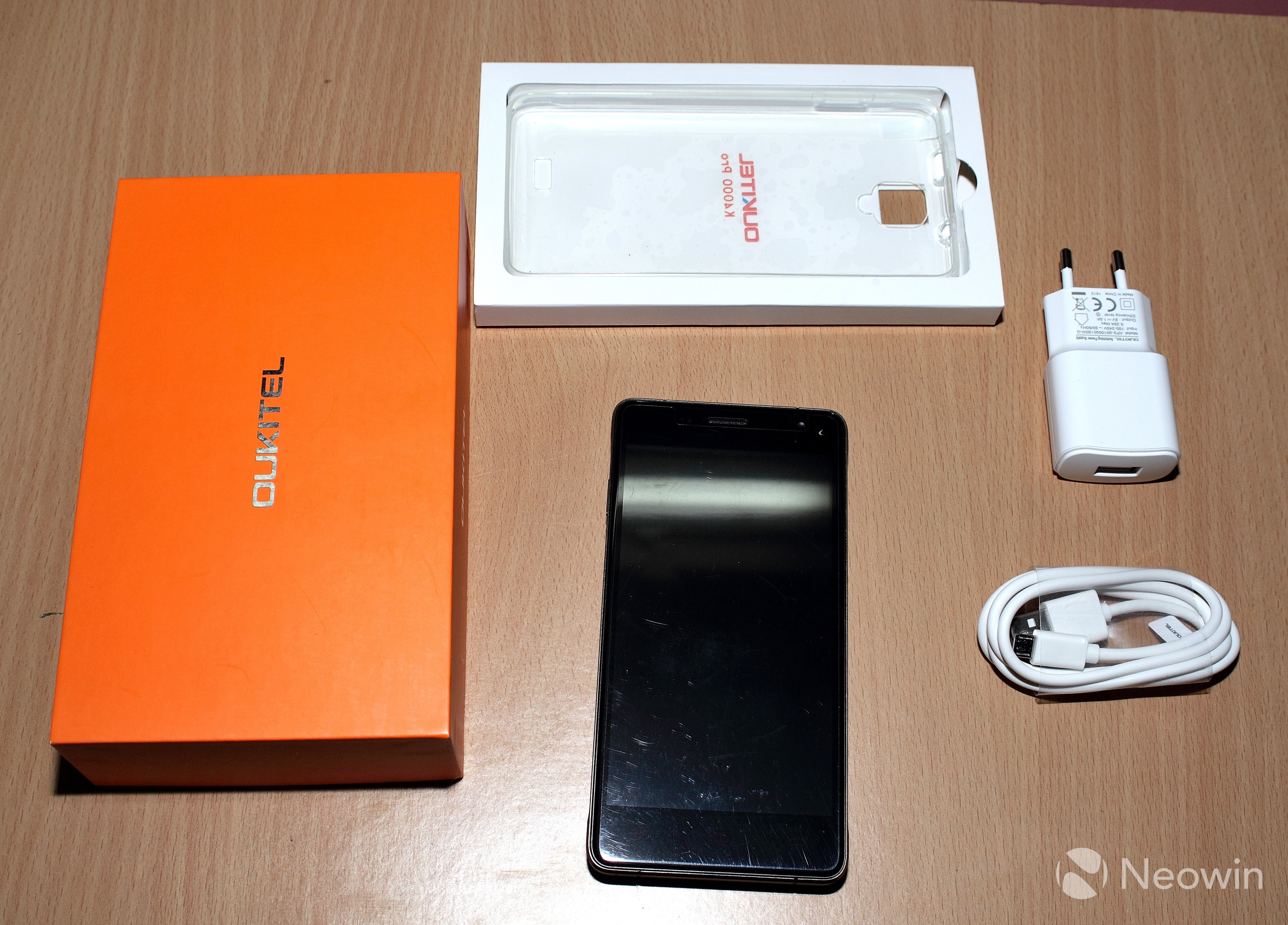 The very first thing that I noticed with the device was its weight and the thickness, which is really a lot more than any of the modern smartphones. After using this handset for one week, my HTC Desire 620G which weighs around 160 grams, now feels like a feather in comparison. Most of the K4000 Pro's weight is due to its large battery, which is a key selling point of the device. The front of the smartphone is occupied by the 5-inch 2.5D curved screen which also houses the front camera, an ambient light sensor and a proximity sensor. The bottom of the screen features the menu, home and back capacitive keys. These keys do not light up and I often found myself tapping randomly to hit the right spot. 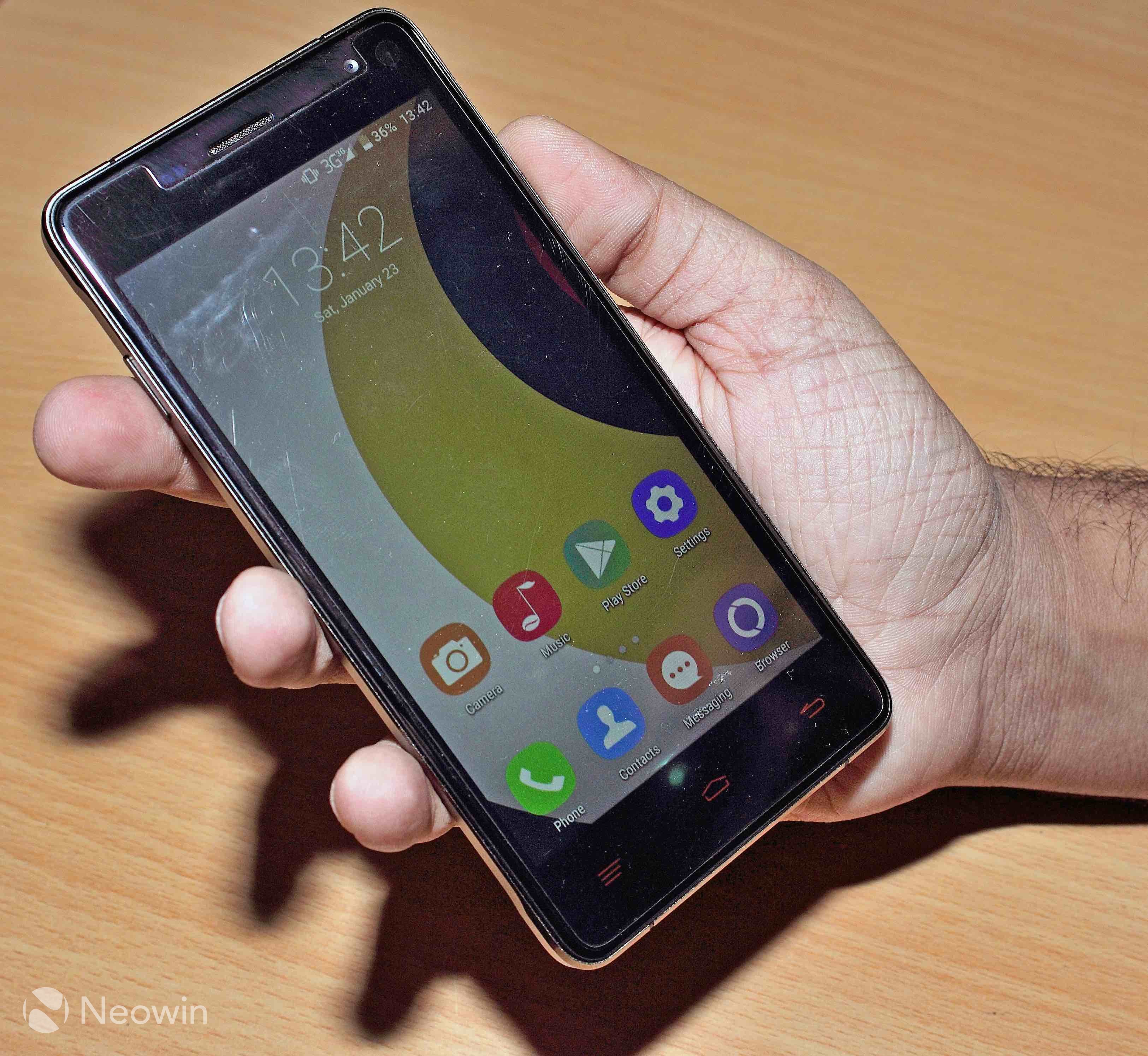 The middle portion of the smartphone features a metal rim with chamfered edges, that feels nice to hold. Oukitel has placed the volume rocker on the right hand side of the device while the power/unlock button is on the left hand side. I found the placement of the power button a bit inconvenient as I managed to press the volume buttons simultaneously while unlocking on many occasions. The rubberized battery cover has a nice textured finish which provides a decent grip at all times. Although, the overall design of the K4000 Pro is a generic one, the detailing on the device has been done quite well giving it a slightly premium feel. I did not notice any creaking noises or gaps on the device, which is often a major concern on cheaper devices. 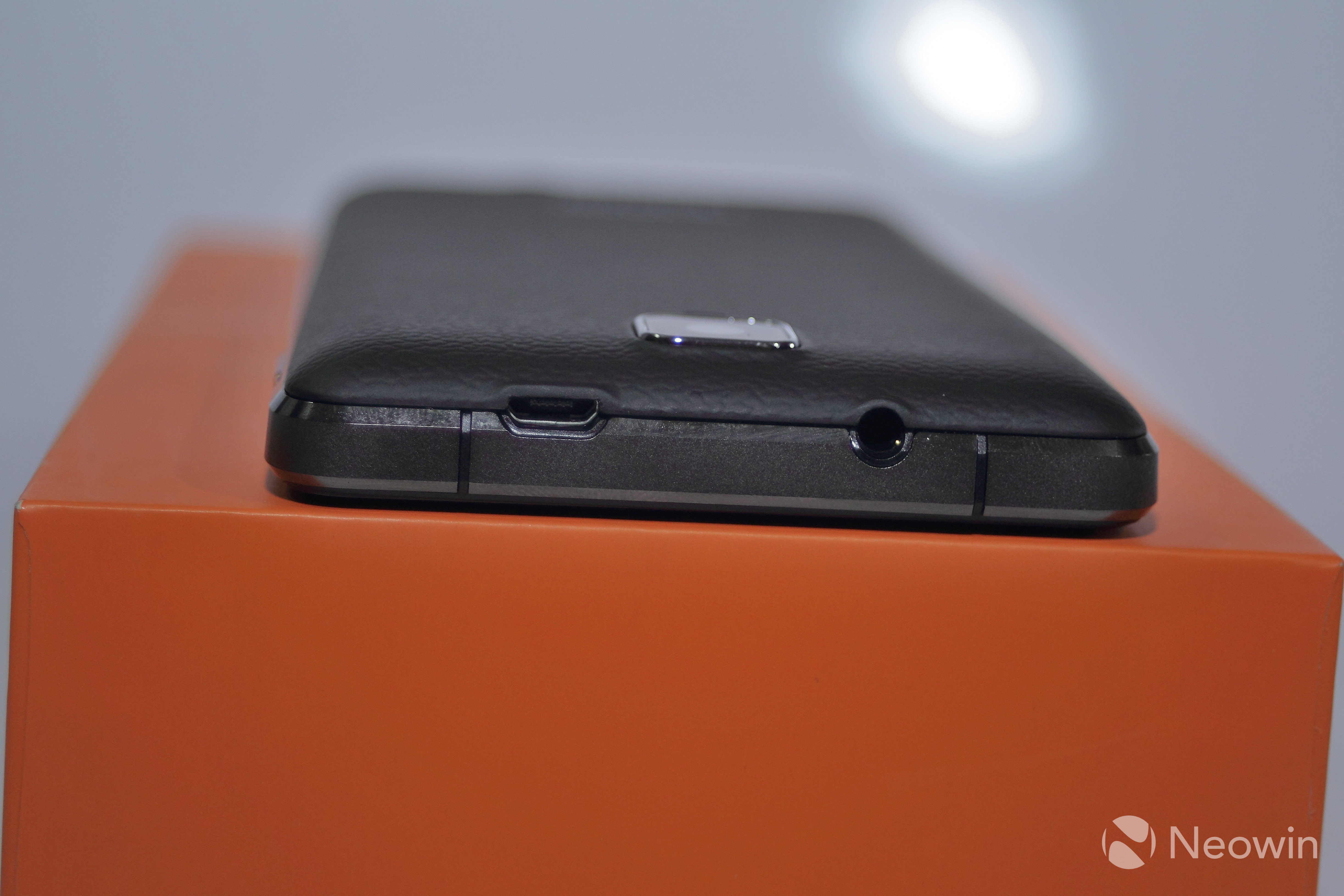 There isn't much to complain about the phone's external hardware but the complimentary screen protector and back cover aren't of good quality, you'd have to search on various Chinese websites to get some decent protection for the K4000 Pro. For those who like to use their smartphone without covers and protectors, the phone's double tempered glass should be able to withstand a few drops as demonstrated by the company recently, but the metal band around the phone can get scratched or dented. 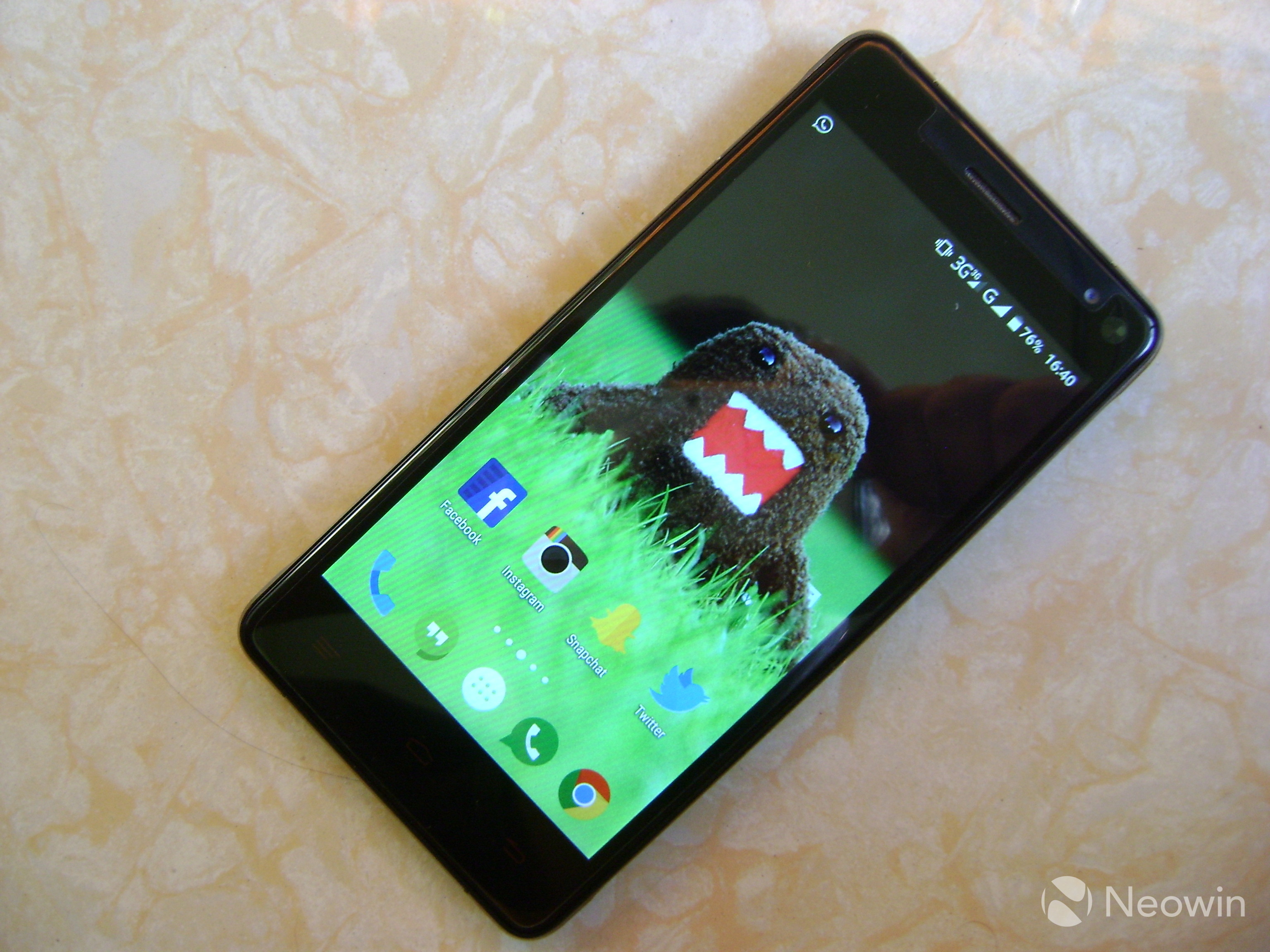 For the display Oukitel has gone with the commonly used 5-inch 720p IPS LCD combo which seems sufficient for a low to mid range device. The display of the K4000 Pro does a decent rendering job both indoors and outdoors in most lighting conditions, and from all angles. In low light, images do appear darker than usual, a calibration setting could have been helpful in such a case, but that's the only gripe I had with the display. The adaptive brightness setting, which depends upon the ambient light sensor, did not work as expected throughout my usage, and I ended up using a preset brightness level instead.

The K4000 Pro's 13-megapixel autofocus rear camera is quite fast, but produces a mixed bag of results, even the best of photos taken by the shooter lack a fair bit of detail. Most issues with the camera can be addressed by the feature-packed camera application, which provides plenty of options for fine tuning. However, it does get frustrating at times that these settings do not work for all conditions and need to be tweaked all the time.

The photos taken during daytime in ideal lighting conditions turned out good without altering any of the camera settings, while the image quality was at its worst under artificial lights or in low lighting, as all the images taken at such times turned out too soft.

Even the 5-megapixel front facing camera was a downer, and the only highlight of the snapper was its ability to capture decent amount of light in images taken at night. Colors in all the images taken with the front cam appear washed out and there isn't much that can be done with these due to their poor quality.

Oukitel has done a good job with the software on the K4000 Pro, and much like its previous offering, it has done minimum customizations to the build of Android Lollipop 5.1 shipping on this one. Other than replacing the stock Android launcher and adding gesture based features, the company has left the version of Lollipop 5.1 on the smartphone as is. In fact, after installing the Google Now Launcher it was as good as stock, and the performance was also top notch. The default launcher also works quite well, but I prefer to have an application drawer and original icons on Android. 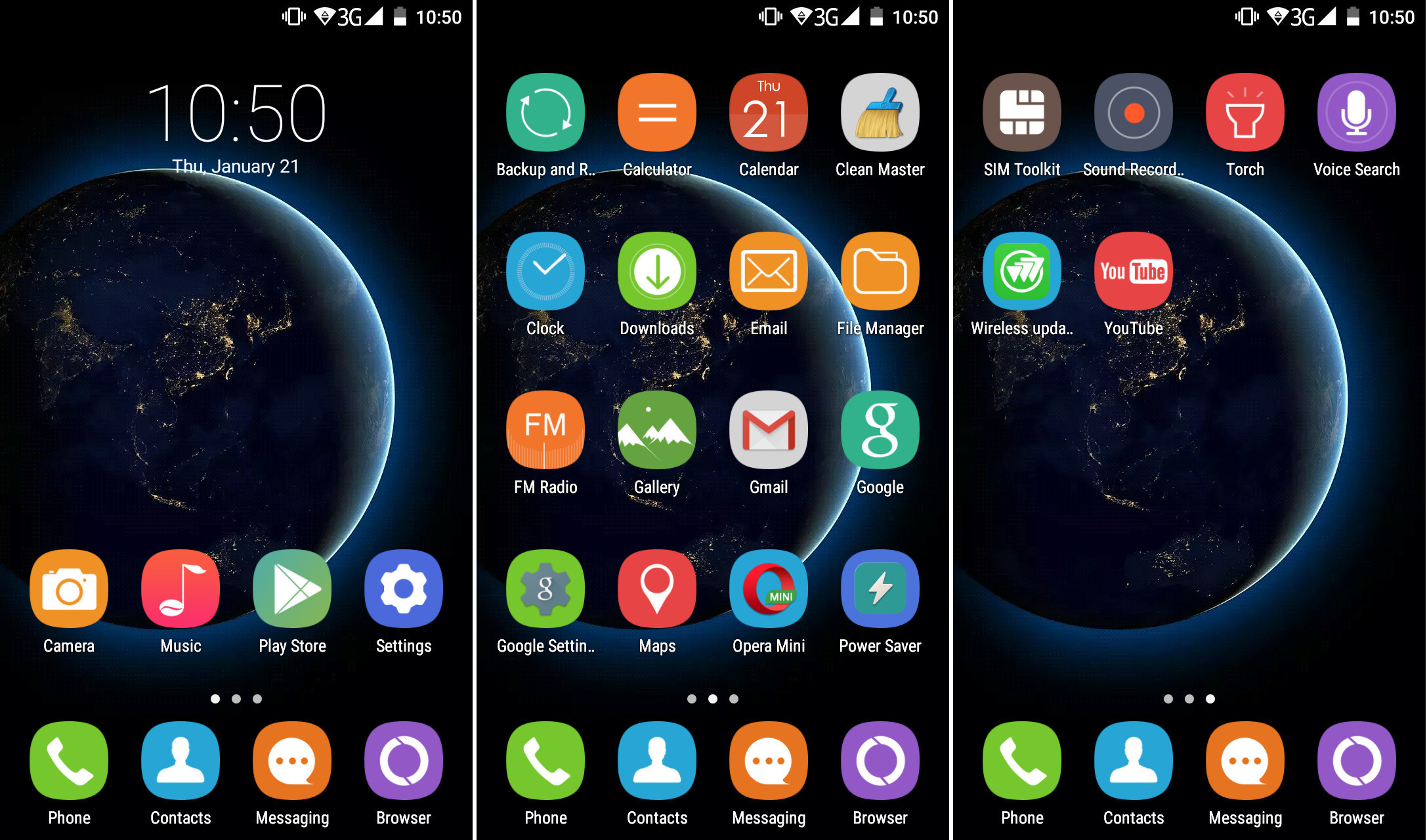 I was a bit surprised to find that the company had not installed any bloat except for a regional language keyboard and the Opera Mini browser. Even the usual Google apps that end up taking space unnecessarily such as Google+, Hangouts, Play Movies, Play Newsstand and Photos were absent from the device. However, in doing so it has also omitted the Chrome browser and uses the standard Android browser instead.

The K4000 Pro is powered by a quad-core MediaTek MTK6735P chipset clocked at 1.0 GHz and 2 GB of RAM. Although, the processor isn't a very powerful one, the device was able to carry out day to day tasks and casual games without any issues, owing to the RAM.

Having sufficient RAM in the device also ensured that the the applications weren't automatically killed in the background, I often found myself switching between five or six applications without seeing any slow down in the device's performance.

Games such as Candy Crush, Subway Surfers and Clash of Clans ran quite smoothly, although the loading time was noticeably more if there were any other apps running in the background. There was no stuttering once they were fully loaded though. 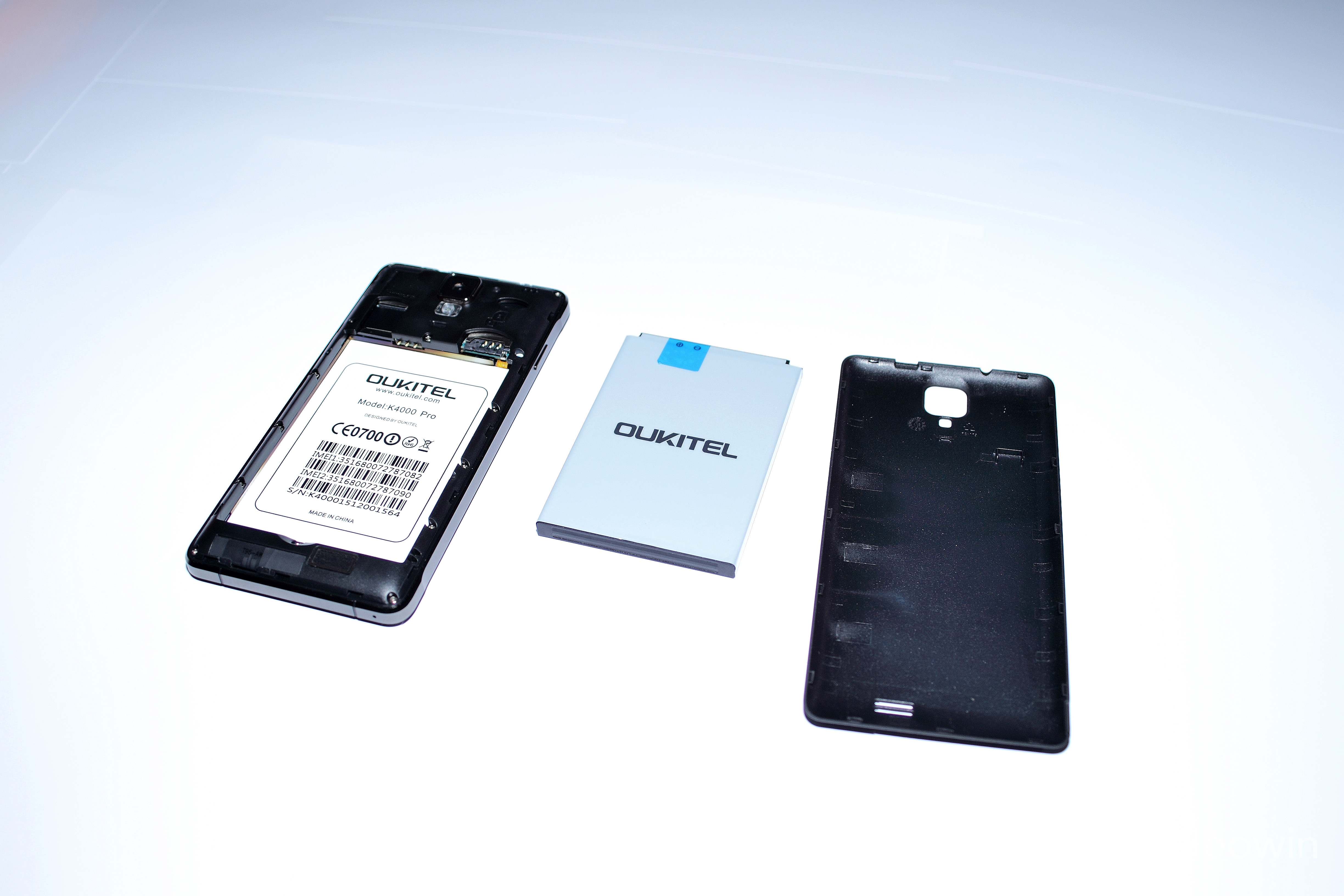 The 4600 mAh removable battery is probably the best aspect of this smartphone, and it's understandably the only selling point Oukitel wants everyone to focus on. During the last one week that I used the smartphone, I had to charge the device only three times, and it is yet to run out of power from the third full charge. The company has claimed that the device lasts up to six days with normal usage, but such things are very relative, and a little over two days on a single charge was the best I got out of the device. 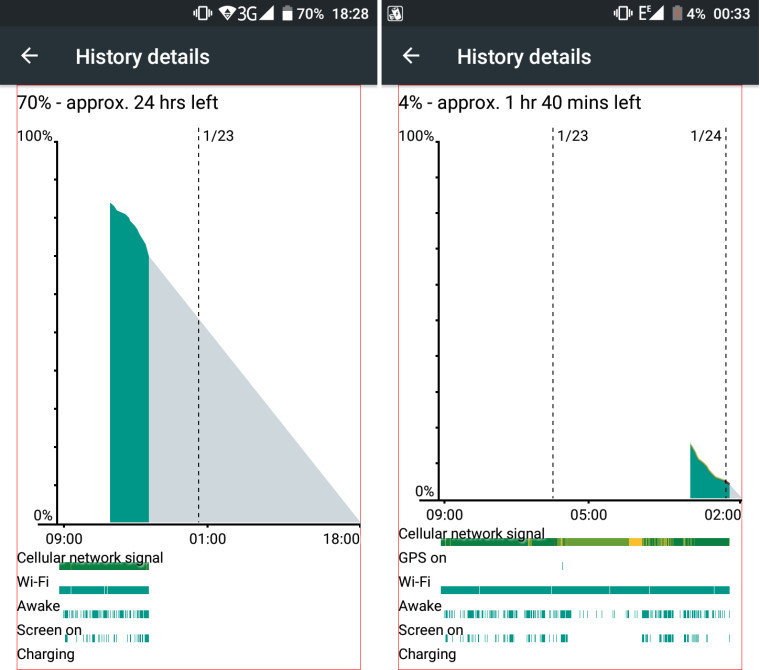 I started off with the fully charged smartphone on a rather busy weekday comprising mostly of phone calls, chats and an hour of web browsing over 3G and WiFi, and still found myself with a 70 percent charge at the end of the day. Even with heavy YouTube viewing and surfing I was still left with 20 percent by the end of the next day.

On standby, 10 percent of battery on this device lasted 12 hours for me, which I found extremely impressive since most phones drain through the last part very fast. Fully charging the K4000 Pro takes around four hours with the company's standard charger, while charging it with another third-party one took me around seven hours, but with the ample buffer time the large battery provides I could find the time to charge the device at my convenience. 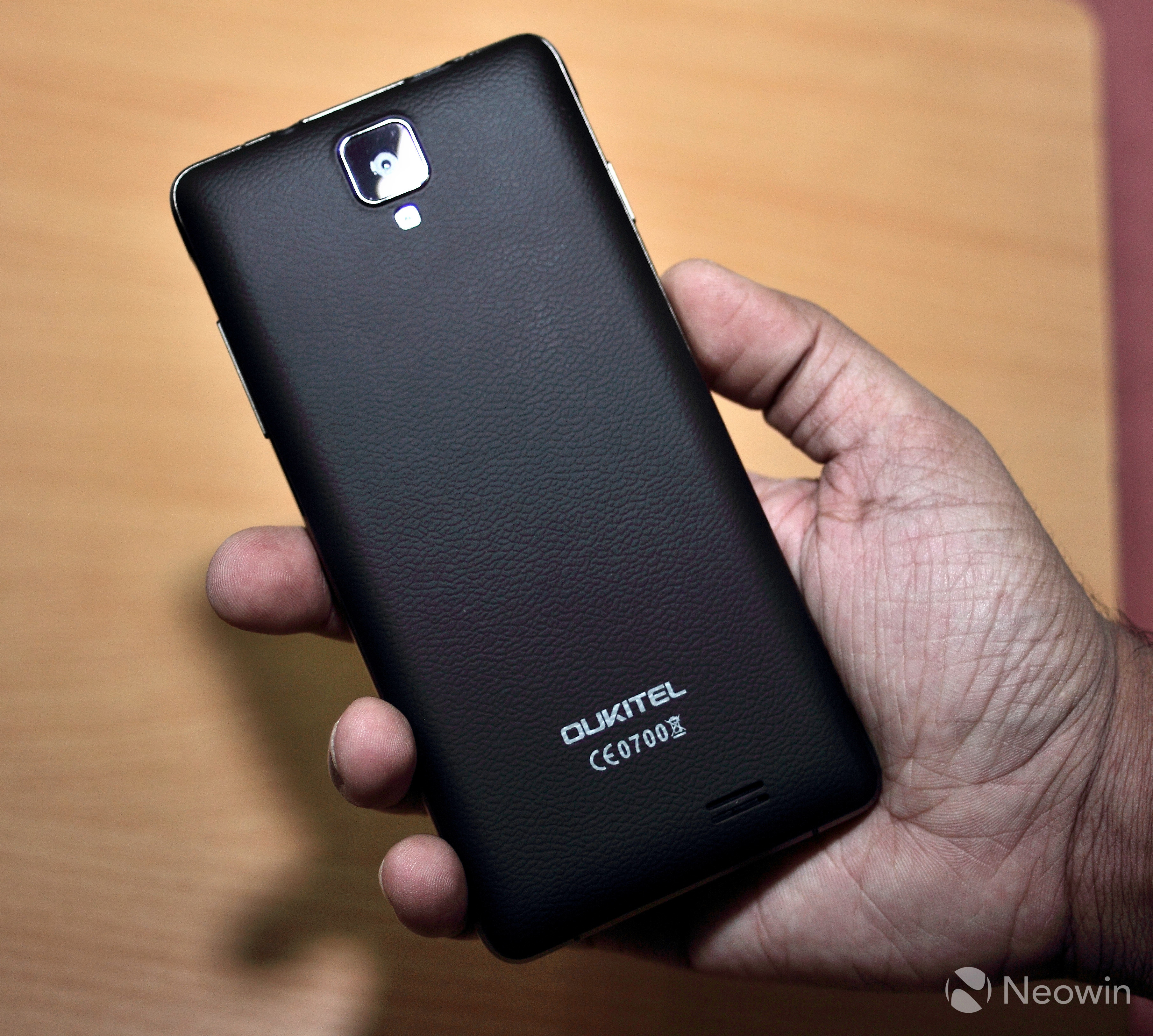 There are a lot of things that Oukitel gets right with the K4000 Pro and marginally misses on some, but overall I found the device a very good value, especially due to its build quality, the battery life, the near stock Android experience and its snappy performance. If the camera isn't a very big deal for someone looking for a smartphone in the $100-$150 price range, then the K4000 Pro is definitely worth considering.