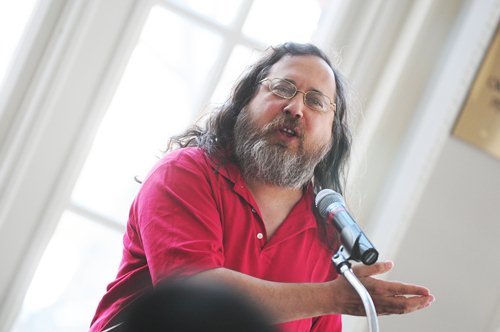 Richard Stallman, who’s pretty much the father of the free software movement, thinks that Valve is out to screw Linux users out of their freedom. In fact, he thinks that bringing Steam to Linux is downright ‘unethical,’ but it’s still a heck of a lot better than gaming on Windows.

“Nonfree game programs (like other nonfree programs) are unethical because they deny freedom to their users,” Stallman wrote on GNU.org. And while you’ll find plenty of people here on NeoGamr who hate DRM, we’re not sure how many folks you’ll find who are willing to take it as far as Stallman. On the other hand, he isn’t quite taking a ‘burn it with fire’ approach to the matter.

Even as Valve systematically transforms the world of free software into a dystopian wasteland, they’ll still be helping the movement by bringing more users to Linux (err, we mean GNU/Linux) and making it seem like more of a viable platform to Joe Average. The real evil comes from the indirect effects of Valve’s entry into the market: dilution of the GNU message.

Basically, what the whole thing really amounts to is a conspiracy to take the ‘free’ out of ‘free software.’ Even as Valve draws more people into Linux, they make it look less and less like the free platform that it is supposed to be. Basically, it’s better to have a little bit of free software than a lot of nonfree software.

On the other hand, it seems like this is just about the only way the open source community will ever get their hands on hardcore games; despite some admirable efforts, like Battle for Wesnoth, it just seems like an impossible task to bring a title like Team Fortress 2 to life as a free program in the current environment. For better or worse, money makes things roll a lot smoother.

In the end, Stallman has every right to his opinions, and we really do respect him for the work he has done (even if we do poke fun at him from time to time), but we doubt that very many gamers are gonna take his side on this one. Just remember one thing: if you’re downloading from Steam, you’re supporting capitalism!