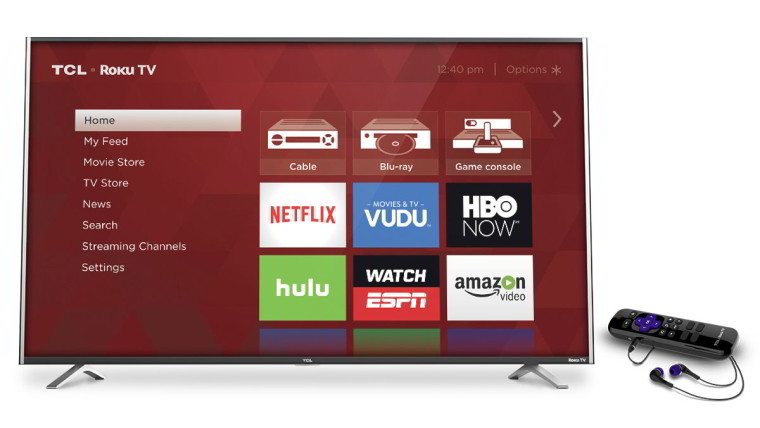 After making a name for itself through OEM TV partnerships, streaming company Roku is looking to expand more into the home entertainment field by licensing its tech to soundbars and smart speakers in an effort to tie everything together under its brand.

Under its plan, revealed today in advance of CES 2018 in Las Vegas next week, Roku will begin offering OEMs two specific types of functionality. Roku Connect will allow devices using its software to connect wirelessly to create a home audio system that can be activated with voice commands. There is also the Roku Entertainment Assistant which, unlike Siri and Alexa, will be purely focused on home entertainment.

The free software update for the Roku OS is expected to roll out this fall. TCL, which is the largest distributor of Roku TVs in the United States and the largest TV manufacturer in China, is expected to announce on January 8 at CES that it will be the first to implement the expanded Roku entertainment system.

“We’ve always focused on making it incredibly simple for consumers to find and enjoy streaming entertainment on their TVs, and with an expanded Roku ecosystem, consumers will be able to add great sound to their TVs and audio around the whole home in a modern way. Consumers will love the benefits of a home entertainment network, such as having more affordable options, adding one device at a time, using their voice, having a simplified set up and Wi-Fi connectivity, and holding just one remote control. And, of course, OEM brands benefit by offering their products in a more appealing way to our already large and engaged audience of millions of active accounts.”

In addition to the software, Roku is adding soundbars and smart speakers to its list of license offerings for OEMs. Both devices will be powered by the Roku OS and come with Roku Connect and Roku Entertainment Assistant.

Roku said that it believes the home theater market is ready to grow, especially with smart functionality. The combination of TVs, speakers, and soundbars under the Roku OS will appeal to OEMs looking to try to provide a complete package.

Asked whether an OEM could use a Google Assistant or Alexa, or if it was just confined to the Roku Entertainment Assistant, a Roku rep told CNET that it would be up to the OEM. Roku exec Mark Ely told The Verge that Roku's route of licensing - rather than creating its own own devices and building a customer base - was “the fastest way to acquire active accounts.”