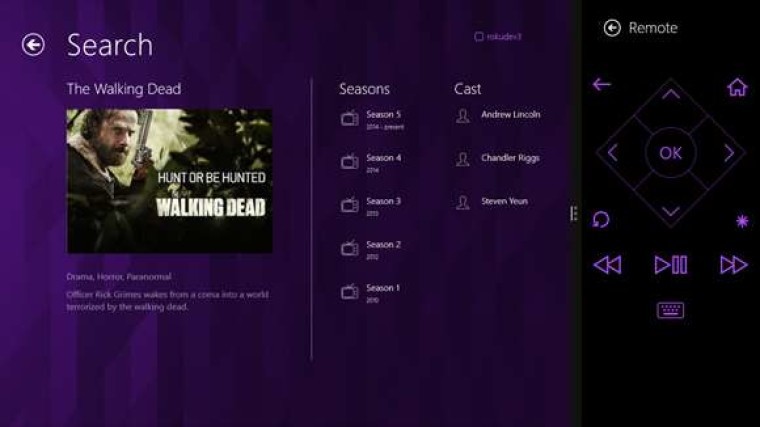 Yesterday, Roku launched a new app for Windows 10 PCs. As we noted yesterday, this left more questions than answers, but we've been able to answer some of those questions.

In a statement issued to Neowin, Roku confirmed that it still intends to support both its Windows 8.1 and its Windows Phone 8.1 apps. This is great news for Windows phone users, as there is currently no Mobile version of the Windows 10 app that was released yesterday.

The company was also able to confirm that the new app is a Universal Windows 10 app, but it's only targeted at laptops and tablets. When asked if the app would make its way to Mobile, this was the response:

We are always looking for way to enhance the Roku experience but don’t have any additional plans to announce at this time.

Of course, the good news today is that Windows phone users will still have an app to use for the foreseeable future, and that the app will continue to be supported. You can download the app right here.