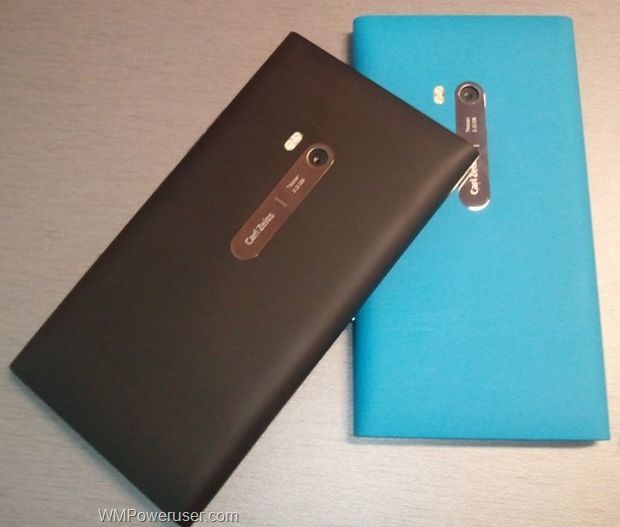 Neither Nokia nor AT&T have announced an official specific launch date for the long awaited Lumia 900 smartphone. However, a new report claims that the Windows Phone device has already started to ship to AT&T's various retail stores.

WMPowerUser.com reports that one of its readers, "David", managed to walk into an unnamed AT&T store location in the US and was able to get his hands on two Lumia 900s. The photo above shows the visual proof of the two Lumia 900 smartphones, one in Black and the other in Cyan.

The same report claims AT&T store employees were seen using the Lumia 900, perhaps as part of their training to sell the smartphone. Those same staff members told "David" that AT&T is officially supposed to start selling the Lumia 900 on April 9. There's no word why AT&T is holding back on selling the smartphone until that date, even while the phone is being shipped to its stores.

When it does officially go on sale, the Lumia 900 is supposed to be priced at $99.99 with a new two year contract from AT&T. Hopefully Nokia and AT&T won't make the rest of the public wait to purchase the phone in the US much longer.