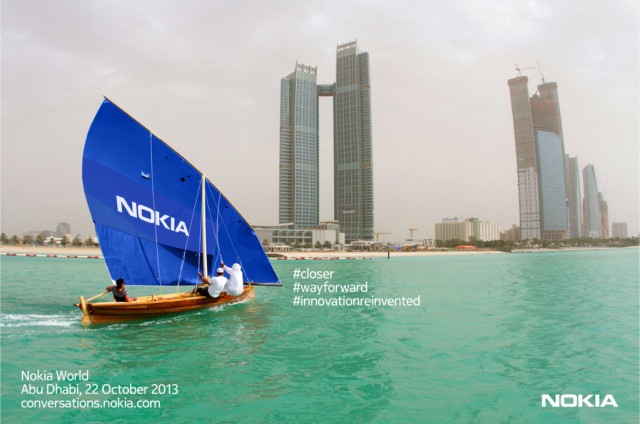 It looks like the Devices and Services division over at Nokia will be going out with a big bang. While the company will be selling off that part of its business to Microsoft by the first quarter of 2014, it is apparently still operating at full speed. Today, a new report says that the company will reveal six new devices as part of its Nokia World press event on October 22nd in Abu Dhabi.

The report comes from The Verge, which uses unnamed sources to state that Nokia will have a "large range" of form factors to show off at Nokia World, along with some new accessories. One of them is supposed to be "pretty special" but details were not announced.

Internet rumors, along with images leaks, would strongly suggest Nokia will announce the the 6-inch Lumia 1520 at the event. It also seems likely that the company will show off a Windows RT tablet at the same time, which some reports claim will be named the Lumia 2520. Just what the other four devices might be is still somewhat murky, although it is possible Nokia could reveal some new variants of existing smartphones.