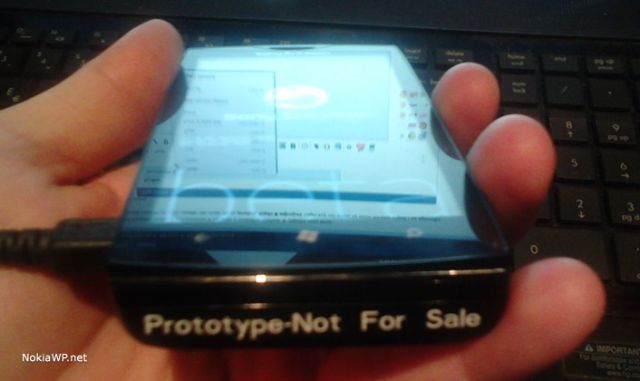 Windows Phone is the new black, if you believe the critics and media who have given lots of praise to Microsoft's mobile operating system, and especially Nokia's WP7 devices. Now there's a rumor that suggests Sony is planning to add to its own smartphone line up with their first Windows Phone device.

The NokiaWP.net website claims that it has gotten a hold of a couple of (admittedly blurry) images that seem to show a prototype for a Sony Ericsson smartphone running on Windows Phone 7. The story and the pictures do not make it clear when these images were taken. Sony recently ended its partnership with Ericsson in the smartphone market but is still making Android-based smartphones under its own Xperia brand.

So is Sony really making some kind of Windows Phone device, or is this just a clever Photoshop or hardware hacking hoax? Last year there were some Internet rumors that suggested Sony was developing a Windows Phone device but they never came to fruition. It's more than possible that Sony could be waiting for the right time to make such a move: perhaps it will be revealed during February's Mobile World Congress event in Barcelona, Spain.